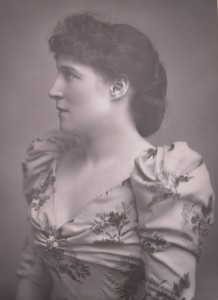 The Royal Commonwealth Society Collection has published an on-line catalogue for a fascinating series of photographic portraits which were issued between 1888 and 1896 entitled ‘Our Celebrities’ (Y3011JJJ). The portraits were the work of the photographic firm Walery, founded by the colourful soldier Count Stanislaw Julian Ostrorog (1830-1890), a Lithuanian whose family sought political asylum in France. He moved to London in the late 1850s and took British citizenship in 1862. Ostrorog established his first studio in London in 1883. Following his death in 1890, the business passed to his son Stanislaw Julian Ignacy, Count Ostrorog (1863-1935).

The portraits were initially published in monthly parts and later as bound volumes. The RCS collection includes five volumes containing 111 photographs. Each photograph has a facsimile signature and is accompanied by a biographical essay explaining the subject’s claim to celebrity status. The majority of the entries were written by leading journalists. The celebrities included Queen Victoria and other members of the Royal Family, aristocrats, politicians, judges, civil servants, soldiers, sailors, churchmen and colonial administrators. 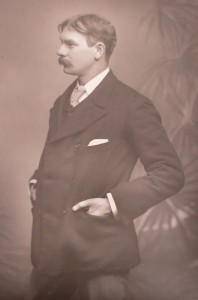 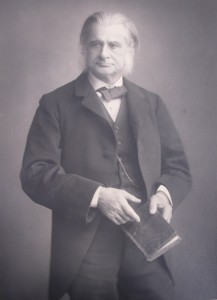 The arts were well represented by the era’s leading writers, dramatists, painters, composers, musicians, singers and actors, such as Lillie Langtry (1853-1929). The collection features several eminent scientists, including the biologist Thomas Henry Huxley (1825-1895), who was one of the few to write an autobiographical entry. Several figures from the world of business appear, such as the engineer and entrepreneur John Thomas North (1842–1896), popularly known as the ‘Nitrate King’ for the fortune he made mining the fertiliser in South America. 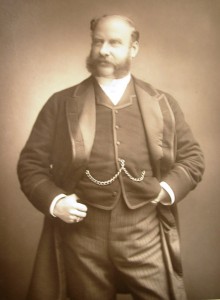 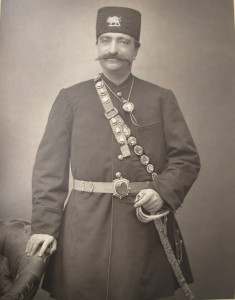 The majority of sitters were British or from the British Empire, but Walery also photographed notable figures born abroad, such as Shah Nasr-ed-Din (1829-1896) the first Persian monarch to visit Europe and the French architect Alexander Gustave Eiffel (1832-1923). One of the first parts of the series focused upon prominent women, and featured the feminist Dame Millicent Garrett Fawcett (1847-1928) and Elizabeth Garrett Anderson (1836-1917) the pioneering female physician. 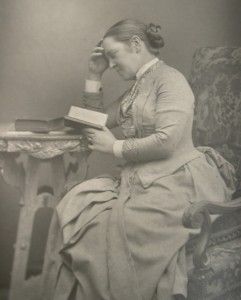 From an imperial perspective, perhaps the most intriguing biographical entry is that for the explorer and journalist Sir Henry Morton Stanley (1841–1904). It appeared soon after the conclusion of Stanley’s controversial expedition to relieve Emin Pasha (1886–1890), written by his second in command Arthur Mounteney-Jephson (1858-1908). 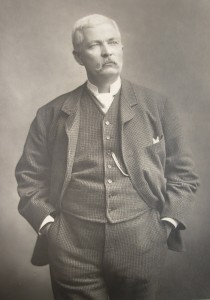