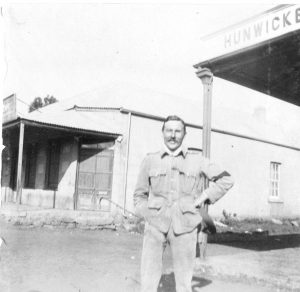 The Royal Commonwealth Society collections have published a detailed catalogue description for a fascinating album of photographs taken during the South African War (1899-1902), Y3058H.  It is associated with the 1st Battalion of the South Lancashire Regiment, which departed from Fulwood Barracks, Preston, on 30 November 1899 to join Sir Redvers Buller’s army in Natal in January 1900.  The album documents the regiment’s service at Vryheid in the eastern Transvaal between 1901 and 1902, and includes images of its officers and men, encampment, defences, patrols, logistics and recreational activities, and the arrival of allied Zulu warriors.  There are also images of Vryheid and its inhabitants.  The identity of the officer who created the album remains a mystery, but he is pictured in two photographs which he has captioned ‘Self.’ 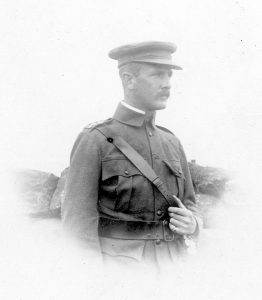 Many of the photographs were taken by Captain Eustace Clarke-Jervoise, who was born on 14 March 1870 in Surat, India, and was educated at Clifton College and the Royal Military Academy.  In 1911 Clarke-Jervoise succeeded his uncle and became the sixth baronet.  He helped to raise the 9th (Cyclist) Battalion of the Hampshire Regiment and was a major in the Hampshire Territorial Reserve Force at the time of his death on 11 May 1916. 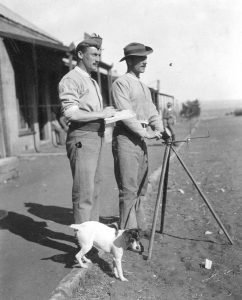 In addition to the photographs, there is a curious cloth pocket fastened into the back of the album, which contains three items. The first is a military pass, dated 13 Aug. 1901, requesting that Captain Stuart Upperton be allowed to travel through the Boer lines to deliver ‘a communication from his Excellency Lord Kitchener of Khartoum’ to the Boer commander, John Abraham Potgieter.  The pass is signed by Colonel F.A. Adam, who commanded the troops at Vryheid.  It is accompanied by a loose panoramic photograph of unidentified British officers, who must be the South Lancashires, since both Upperton and Adam were members of the regiment.  Upperton was a native of Willaston, Cheshire, and joined the army in 1887 after previous service in the militia.  He was severely wounded during the successful campaign to relieve Ladysmith in January 1901.  There is a portrait of Upperton at Y3058H/71. 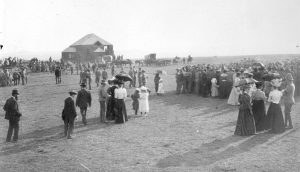 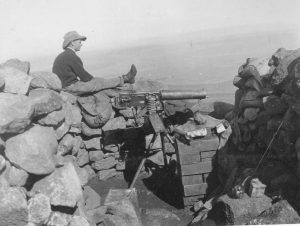 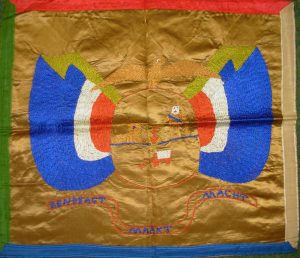 The pocket also contains what appears to be a silk cushion cover, measuring approximately 340 x 300 mm, bearing a patriotic Boer design with the motto ‘Eendracht Maakt Macht’ which translates as ‘Unity is Strength.’  The cover incorporates the colours of the Boer flag and features a farmer, a lion, an eagle, an anchor and a wagon.  It is likely that the compiler of the album acquired this curious object during his service at Vryheid, and we would be very grateful for any help in identifying it or locating similar examples.