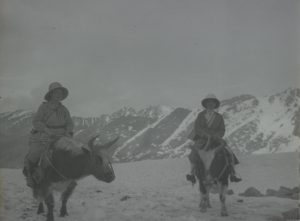 The Royal Commonwealth Society department has just published on Cambridge Digital Library its second release of approximately 1,000 photographic glass plates and lantern slides, made possible by a generous donation from Cliff Webb.  The great majority of slides are from the collection of the Church Missionary Society, which was founded in 1799 as a Christian evangelical missionary organisation.  Many of these items are uncaptioned, so we would be very grateful for assistance in identifying the people and places shown. 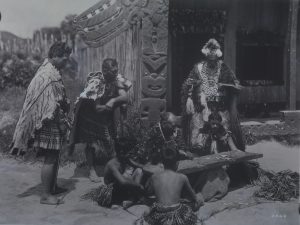 The overseas mission work of the CMS was launched in 1804 and expanded quickly thereafter. In Africa, its work was concentrated in Sierra Leone, Nigeria, Kenya, Tanzania, Uganda, Congo, Rwanda and Sudan; in Asia and Oceania, it was active in India, Pakistan, Sri Lanka, China, Japan and New Zealand; and in the Middle East, it operated in Palestine, Jordan, Iran and Egypt. Virtually all of these areas are represented in collection, emphasising its truly global significance. 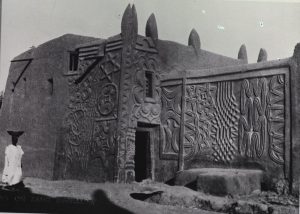 The images were published in the society’s journals ‘The Gleaner’ (which reproduced its first photograph in 1887) and its successor from 1922 ‘Church Missionary Outlook’, or used to illustrate its work in public lectures.  They document the CMS’s role in running schools, colleges, medical missions, hospitals and agricultural and building projects.  The glass plates will offer much to those researching the fields of mission studies as well as the history, geography, anthropology and rural and urban development of the many countries where the CMS worked.  The majority of the collection dates from the early and mid-twentieth century, but there are a number of important early glass plates, including those featuring the pioneering male and female missionaries who travelled to Uganda in the 1890s. 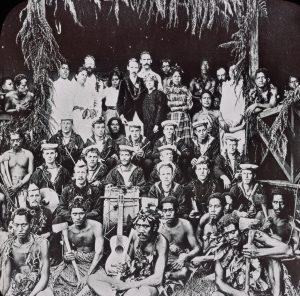 Two other important collections in this release relate to Samoa during the late nineteenth and early twentieth centuries, featuring views of its landscape and people, including examples of their dress, daily life, arts and crafts.  Y309993A(LS) was compiled by Wilfred Powell (1853-1942) who in 1885 was appointed Britain’s Consul and Deputy Commissioner for the Western Pacific.  In addition to fascinating scenes from the great hurricane of 1889 and the Samoan Civil War of 1899, the collection holds images of the famous writer Robert Louis Stevenson, who lived on his plantation at Vailima from 1890 until his death in 1894.  There are also glass plates showing his tomb upon the summit of Mount Vaea.

We look forward to the digitisation of further lantern slides and glass negatives in 2018.