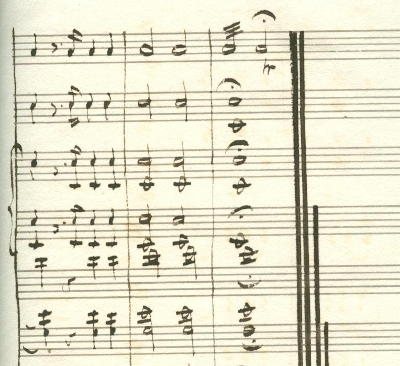 The University has a long standing tradition of performing music on the occasion of the installation of a new Chancellor (rather topical, now we are about to have elections for our Chancellor-to-be in October). Traditionally this would have been in the form of an installation ode, especially composed for the occasion.

William Boyce for example, whose tercentenary we are celebrating this year, composed an Ode performed in the Senate House at Cambridge on the First of July 1749 (Ms Nn.6.38; MR270.a.70.1). You can find out more about this on our MusiCB3 blog. The topic of ceremonial music, and even of degree exercises, at the University of Cambridge is a largely unexplored one and has great potential for future research. The library collections certainly contain many fascinating examples and we actively keep an eye out for any we can add to our holdings.

The latest of these additions is a manuscript copy of Walmisley’s Ode performed in the Senate-House, Cambridge on the 7th of July 1835. At the first Commencement after the Installation & in the presence of The Most Noble John Jeffreys, Marques Camden, Chancellor of the University. 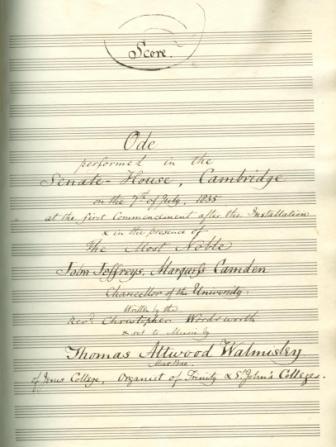 Walmisley had quite an interesting career and made a significant impact on music at the University. He came to Cambridge in 1833, when he was offered a position as organist at Trinity and St. John’s. By 1835 Walmisley was already well established in Cambridge and very involved in what was going on musically. However, he was still an undergraduate student when he composed the installation ode in 1835 and also when he took up the Professorship of Music a year later. It wasn’t until 1838 that he obtained a BA degree, which was followed by an MA in 1841 and a MusD in 1848. 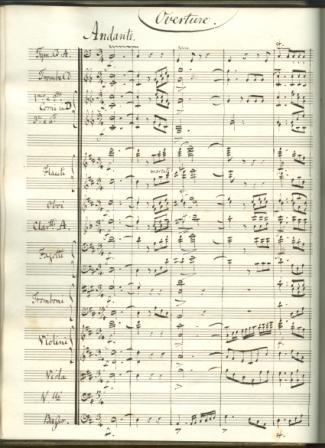 This wasn’t as unusual as it may seem. Although music has always played an important role in Cambridge, it hasn’t always existed as an academic discipline with a degree structure as we know it today. The first ever Bachelor of Music degree was awarded in Cambridge in 1464 and the Professorship of Music is one of the oldest at the University, dating back to 1684, but there were no actual lectures or a lecture programme until the late 19th century. The fact that Walmisley was involved in music not only from a practical but also from an academic perspective and introduced some form of lectures was an important step in the history of music as a subject at the University.

As a composer, Walmisley is best known and respected for his contributions to English church music, which were quite significant. His ceremonial music on the other hand has mostly been forgotten, and is certainly less appreciated. According to Nicholas Temperley in Grove Online (accessed 2011): “His three Installation Odes, however, are very much occasional pieces; their texts are trite, their music mostly dull… “ 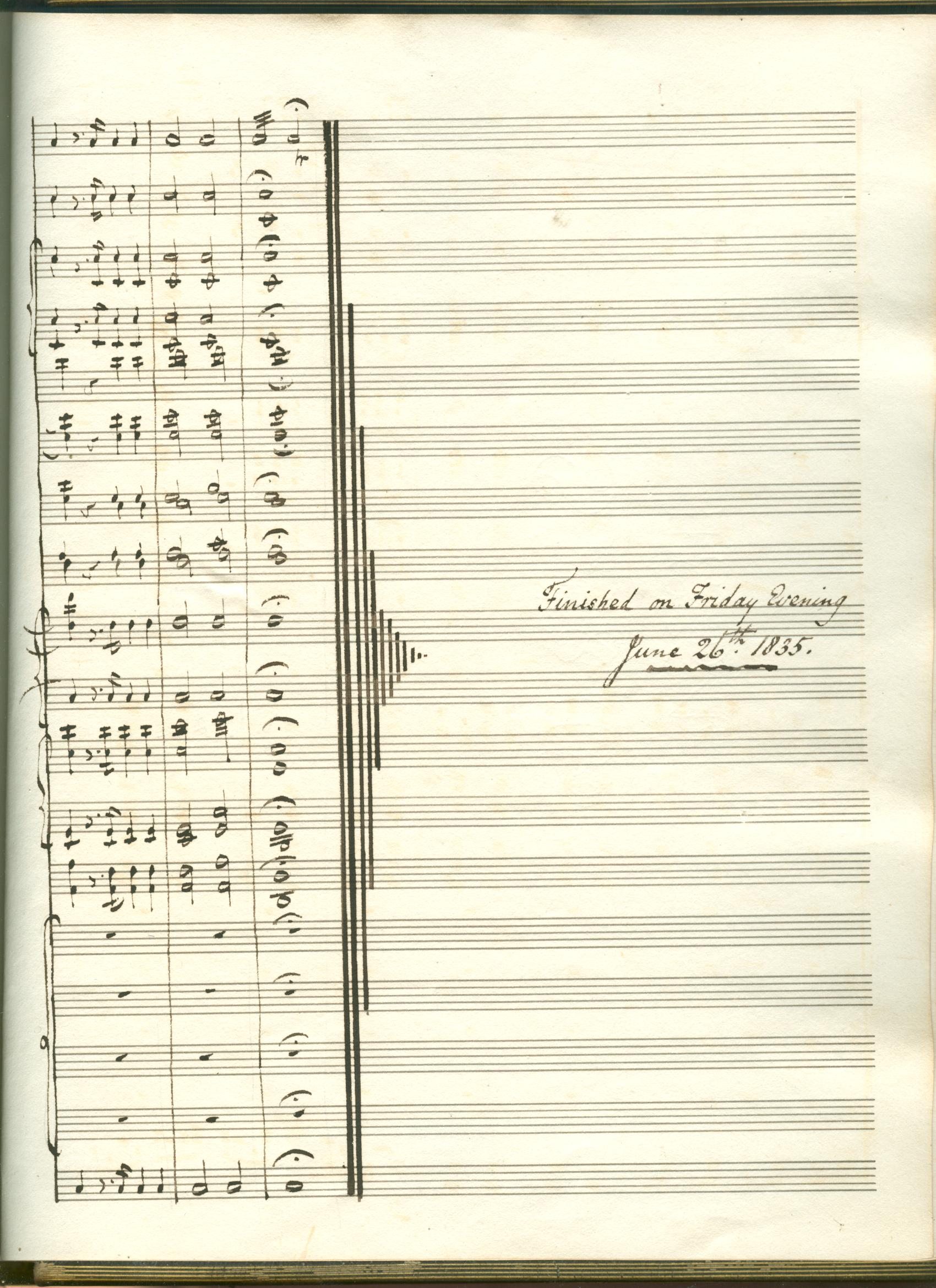 However, they are a product of their time and contain some very interesting passages, which seem to make it a little unfair to have them dismissed to abruptly. Temperley did write about the odes in a slightly more positive light in an article in the Musical Times (December 1956, p. 637): “… But there are many good things in them. All three opening movements are good, especially the orchestral introductions, which present an interesting illustration of the progress of Walmisley’s style: in the first Handel is the model, in the second Mozart, and in the third Mendelssohn. The choral writing of all three, however, is Handelian, as befitted an occasion of solemn and ancient ceremonial.”

Whatever one’s opinion may be, the odes (which have never been published) are now all available at Cambridge University Library for future generations to judge, or perhaps even enjoy.