British Malaya in the 1930s 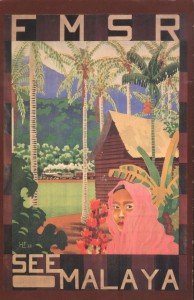 The Royal Commonwealth Society collections have created an on-line catalogue for a recent acquisition, the archives of the railway engineer Hugh Murton Le Fleming. A graduate of Clare College, Cambridge, with a degree in Mechanical Engineering, Le Fleming completed an apprenticeship with the Great Western Railway during the late 1920s. He then worked as an inspector for the Crown Agents for the Colonies, checking and testing steam locomotives before they were shipped out to their customers across the world. In 1929 Le Fleming accepted employment with the Federated Malay States Railways (FMSR) as District Locomotive Superintendent at Ipoh, and two years later transferred to its Central Workshops in Kuala Lumpur. Le Fleming was joined by his wife Rosalind, who contributed to periodicals in Malaya and South Africa, and published two novels in the 1930s. The Le Flemings returned to Britain via South Africa during the Second World War. 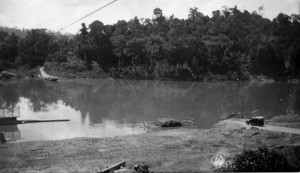 The collection includes letters that Hugh wrote to his family and to Rosalind, as well as some letters Rosalind wrote to her mother. They describe Hugh’s work and colleagues at the railway and reveal his encyclopaedic knowledge of steam locomotives. The Le Flemings’ active social life is another major subject, which included Hugh’s involvement with the Oxford and Cambridge Society of Malaya. Hugh was an enthusiastic lepidopterist, and the couple travelled widely within Malaya and Indonesia, visiting sites of natural beauty and cultural interest. 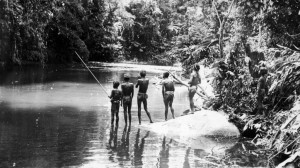 Hugh was an accomplished amateur photographer and artist, and the collection preserves over 800 photographs and postcards recording their travel and the people they encountered, as well as images of Hugh’s paintings of butterflies, landscapes and steam engines. Some of Hugh’s work appeared in promotional material for the FMSR and Rosalind wrote an extended memoir reflecting upon their experiences. 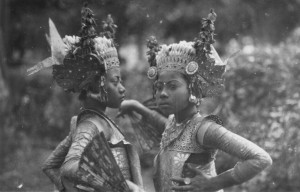 This rich and varied collection will offer much to those interested in the social, cultural and natural history of British Malaya. To view the on-line catalogue, please follow this link: http://janus.lib.cam.ac.uk/db/node.xsp?id=EAD%2FGBR%2F0115%2FRCMS%20371