Over the last five years the Manuscripts department has been running a retrospective cataloguing project with the aim of creating a comprehensive on-line catalogue for the department’s collections. A new tranche of catalogue entries has recently been published on Janus, the internet resource for Cambridge archives.  These new entries illustrate the wide range of material held in the Manuscripts department and here we highlight three to give a flavour of the resources we have available.

MS Add.8663-8664 consists of two volumes of letters written by the entomologist John Smart.  Smart, born in Edinburgh in 1907, worked in the Department of Entomology in the Natural History Museum in the 1930s and 40s before moving to the Department of Zoology at Cambridge in 1946.  In 1932 he travelled to Cornell University as research scholar from the Department of Agriculture of Scotland to study the blackfly.  The first volume of letters was written to his mother during his year in America.  As he states in an introductory note the letters were ‘never meant to be kept and were written to provide the family with news of my doings and possibly a little amusement.’ 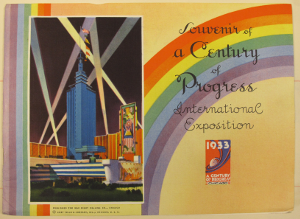 Brochure collected by John Smart and inserted into his first volume of letters, MS Add. 8663.

It is to our benefit that they were kept because Smart proves to be a humorous and informative correspondent.  He provides a witty account of his work and social life, with gently mocking pen portraits of his work colleagues and friends and wry observations of American life.  Here he is describing the Riverside Church in New York: ‘The church does not confine itself to worship … we find that bowling alleys exist in the building, that they hold art appreciation classes and I am creditably informed they have a golf professional who holds business men spellbound up on the roof at various times.  To go through the whole list of activities would be too long so I end with one quotation [from the Church pamphlet] “The Women’s Bible Class meets on the ninth floor.  Mrs—– will speak on “Let us go deeper”‘.

The second volume of letters was written in 1952-53 when Smart spent a year at the Department of Entomology and Parasitology at the University of California, Berkeley.  During this trip Smart spent more time travelling and the volume not only includes letters but also a diary of trips to Mexico and British Columbia.  Both volumes are augmented by photographs, newspaper cuttings and ephemera of Smart’s time in the States.

Also published to Janus is the catalogue entry for MS Add.8529, a manuscript in the hand of John Evelyn entitled ‘Rules and observations in the propagation and planting of trees’.  Evelyn was born in 1620, the son of a wealthy landowner.  He studied at both the Middle Temple and Balliol College, Oxford.  Though a committed Royalist, he felt unable to help the King’s cause in the Civil War and left for the Continent in 1643, travelling to France and Italy where he became interested in classical literature and science.  On returning to England in 1647 he leased a 200 acre estate at Sayes Court in Deptford and it was when he began to create the garden here in 1652 that Evelyn began to take a serious interest in botany and garden history, publishing a number of influential books relating to these subjects.  He also helped design gardens for neighbours and friends, creating a garden made entirely from trees and anticipating the work of the famous landscape gardeners of the eighteenth century. 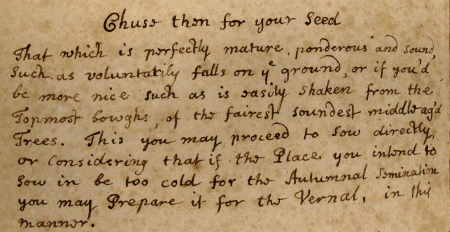 His study of horticulture was imbued by his wide scientific knowledge and, though only an amateur scientist, he was a founder member of the Royal Society.  MS Add.8529 gives details of the various types of propagation used to grow trees and compares the methods used by the ‘Ancients wt the moderne’.  It is written in a straight forward style very much understandable to the keen amateur gardener, something of which even Monty Don would be proud. 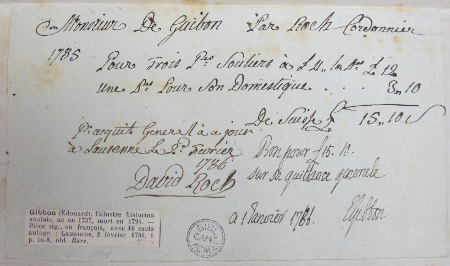 Also published on-line as part of the retrospective cataloguing project is MS Add. 8531, one of the approximately 8000 items acquired by the University Library from the library of Sir Geoffrey Keynes, surgeon and book collector.  Keynes’ collection included many important rare printed editions, correspondence, and manuscripts, but Ms Add. 8531 is a more humble piece.  It is a shoemaker’s bill sent to Edward Gibbon, the author of The History of the Decline and Fall of the Roman Empire, whilst he was living in Lausanne in 1786.  It shows that he bought three pairs of shoes for £4 each and one pair for his servant at £3.10 from David Roch.  It was probably found in one of Gibbon’s books which he left in Lausanne.  It only provides us with a snippet of information about Gibbon’s life, but nevertheless, it is somehow heartening to know that a throw-away item such as this now rests in a carefully bound slip case on the shelves of a great library.  Now, where did I put that Dr Martens’ receipt….?