A Book of Magic

Posted on 14 September 2015 by Special Collections 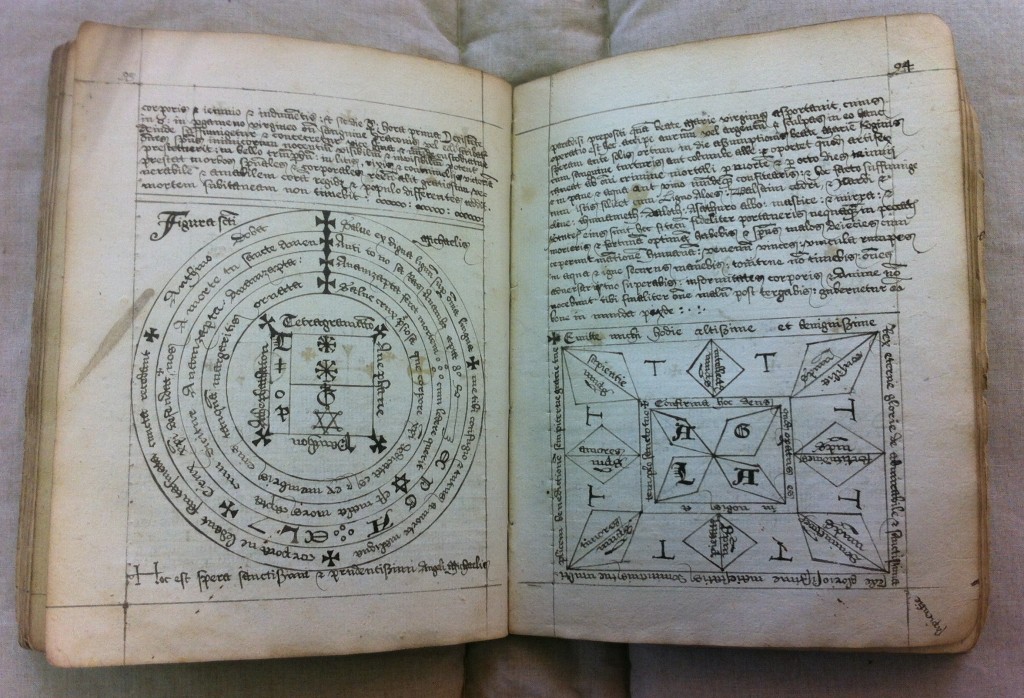 Cambridge University Library MS Add. 3544, catalogued as ‘A Book of Magic’, has recently appeared in print for the first time (in the original Latin and Middle English with an accompanying translation) as The Cambridge Book of Magic: a Tudor necromancer’s manual (Cambridge: Texts in Early Modern Magic, 2015). Add. 3544 is one of a small number of texts of forbidden necromancy to survive in British libraries from the sixteenth century. Although it was originally catalogued as having been written in around 1560, on the basis of palaeographical evidence, my research for the translation revealed that the manuscript was certainly composed after 1532, but that it was unlikely to date from after 1558. This is based on references to Wales and France that seem to predate the Laws in Wales Acts and the French capture of Calais in 1558, as well as the centrality of the mass to so many of the ‘experiments’ – something that would have presented significant problems after the suppression of the mass in Elizabeth’s reign.

In this first edition of the text, Add. 3544 is attributed to Paul Foreman, an otherwise unknown individual (and no connection of the famous magician Simon Forman) who signed his name close to the front of the manuscript, in what is apparently the same sixteenth-century secretary hand as the English passages. It is a tentative attribution, but Foreman was certainly an early owner of a manuscript book that includes the hands of three separate individuals who composed three separate magical treatises. The longest text, apparently signed by Foreman (and thus called the ‘Foreman Text’ for convenience), fills pp. 2–119. The text is an attempt at a complete treatise on ‘the syence of necromancie’, explaining how to summon spirits. Necromancy was just one brand of medieval magic, and regarded by the authorities as the most dangerous. In 1542 it was outlawed by statute, but the church courts had been pursuing the clergy and laity for centuries for practising forbidden arts. However, Add. 3544 does not just include the invocation of angels and demons, and supplements the necromantic ‘experiments’ with other forms of magic: natural magic based on herbalism (the properties of plants), magic based on astrological influences, the manipulation of spontaneous generation to create magical monsters, and simple illusions and tricks. 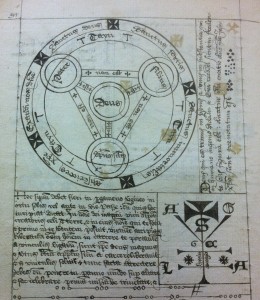 Add. 3544 juxtaposes experiments of divination (usually involving an angel or demon, and usually for the purpose of recovering stolen goods) with recipes for curing toothache and fevers, spells for making women dance uncontrollably and take their clothes off, and elaborate rituals for the gathering of magical herbs. The text oscillates wildly from the sublime – conjurations in which the magician claims semi-divine power for himself – to the ridiculous and sordid. The author clearly saw no contradiction between his practice of magic and his Christian faith, which is woven inextricably into the ritual fabric of the treatise. There are indications in the text that the magician was occasionally acting for clients, and the strong emphasis on the discovery of stolen goods suggests he may have been a consulting magician or ‘cunning man’. However, the author’s level of learning and knowledge of the church’s liturgy strongly suggests that he was a cleric of some kind, albeit not a priest (he always gives the instruction ‘have a mass sung’ rather than ‘sing a mass’). It is possible to speculate, on the basis of the circumstantial evidence (including the binding, a re-used medieval gradual that is now Add. 4435(17)) that Paul Foreman (or whoever the author was) could have been a former monk or friar trying to survive by making use of his skills in a post-Dissolution world, having been pensioned off in 1536 or 1539. But this is mere speculation, and impossible to prove from the text.

Unfortunately, the provenance of Add. 3544 is unknown until it was sold to the University Library by Sydney Galloway (who later established the famous Cambridge bookshop Galloway and Porter) in 1899. Whatever its origins, the text gives a fascinating insight into an aspect of sixteenth-century English psychology that cannot fail to fascinate: the unquenchable desire, in a world of bewildering social and political change, for a hidden means to influence others without harm to oneself. No wonder stories circulated that Cardinal Wolsey and Thomas Cromwell had only survived as long as they did at the court of Henry VIII with the aid of necromancers.