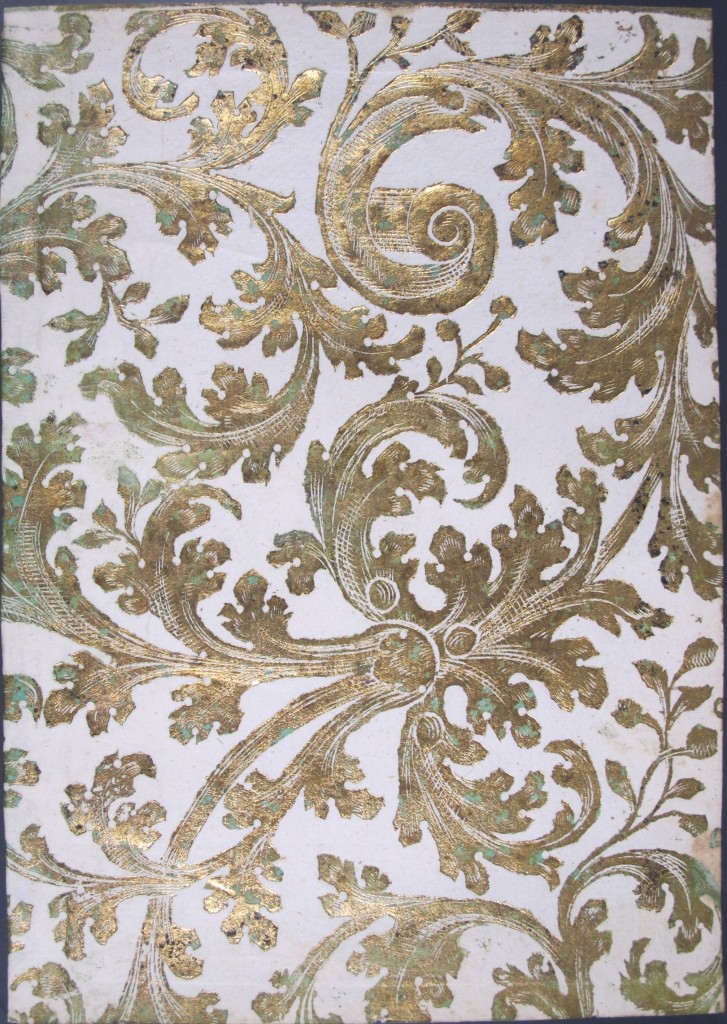 There are many beautiful books in the University Library, from illuminated medieval manuscripts to illustrated private press books of the nineteenth-century. In addition to the texts they contain books are also, sometimes, important as material objects and some are very beautiful on the outside; the high standing of their original (or later) owners can be reflected in the choice of binding material or in the nature of the decoration. Among the most spectacular styles of decoration in the early modern period are the geometrically-decorated leather volumes from Jean Grolier’s library, embroidered English bindings from the reign of Charles I and astonishingly detailed gilded books from the Restoration. Throughout much of this period the simplest and cheapest binding one could have was simple paper wrappers. These did not afford the physical protection of sturdy wooden or leather boards but, for a slim work or pamphlet, it was a sensible choice. Sometimes this was a temporary option before a more substantial binding, but often the wrappers remained in the long term. By the eighteenth century, even paper wrappers came to be decorated in a lavish manner, either with marbled patterns, painted designs or gilding. The Library has recently acquired one such example: a short sixteenth-century pamphlet in elaborate eighteenth-century decorated paper covers. The text, just six leaves long, is a set of verses by Grazio Maria Grazi (b. 1553) – apparently his first recorded literary production – inspired by a Florentine sculpture. The sculpture in question was Giambologna’s ‘Rape of a Sabine’ (rape in the sense of abduction), itself an episode of legendary Roman history traditionally dated to 750BC. The story goes that the male followers of Romulus, who had recently founded the city of Rome, had unsuccessful negotiations with the Sabines, the Italic tribe populating the area. The result was a ban on Sabine women marrying Romans, and a plan by the latter to abduct the Sabine women during the festival of Neptune. 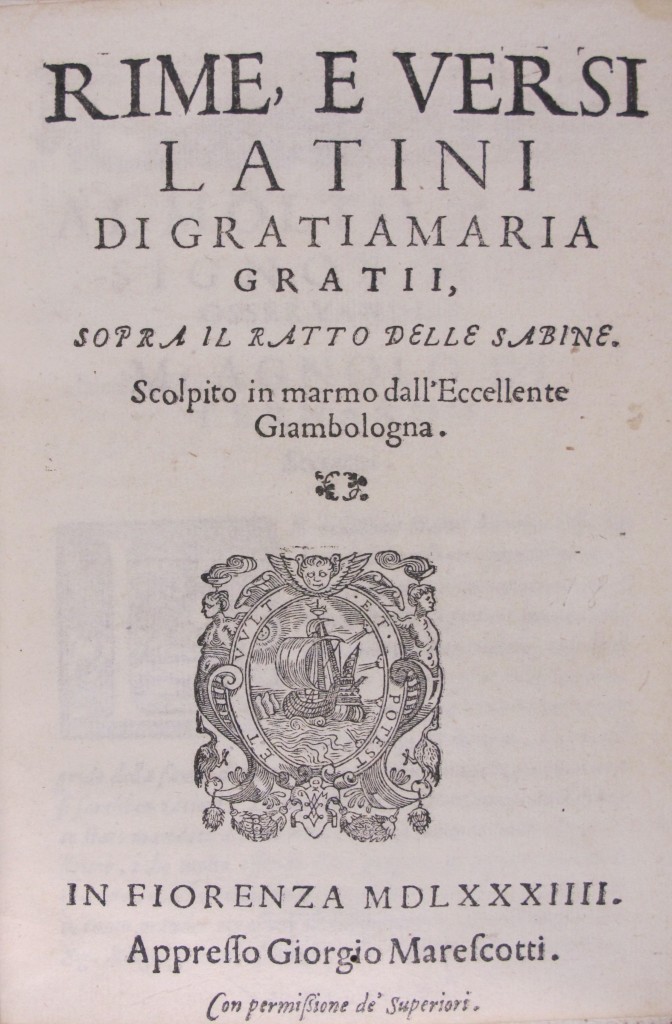 The story was related by Livy and Plutarch, and served as the inspiration for centuries of artistic representation by masters including Poussin, Rubens and Picasso. Giambologna’s sculpture was carved from a single block of marble for Francesco I de Medici and put on public display in the Piazza del Signoria in Florence, where it remains today (see image below). In the introduction to the text, printed by Giorgio Marescotti in Florence in 1584, the sculpture is called “le belissime statue del ratto delle Sabine dell’Eccellente Giambologna”. Our copy – at the shelfmark 5000.c.65(2) – is one of just four recorded in the UK (the others being at the British Library, Warburg Library and Royal Academy of Arts). The printing is nicely done, with some fine historiated initials and a city scene – presumably Florence itself – at the head of p. 3.

At some point in the eighteenth century it was rebound in the stunning gilded wrappers seen above; the design of scrolling acanthus leaves was evidently printed onto the paper with an engraved roller or wooden block. The pattern has a green base (now visible as the gilding deteriorates), with gold (presumably gold leaf, but occasionally a form of gold dust) on top, which still shines and sparkles in the light. This special treatment of a pamphlet which was, by that time, perhaps two centuries old, points to the changing fortunes of books over the years. Something printed as an ephemeral pamphlet in the sixteenth century was, by the eighteenth century rare and desirable, and this is reflected in its spectacular rebinding. 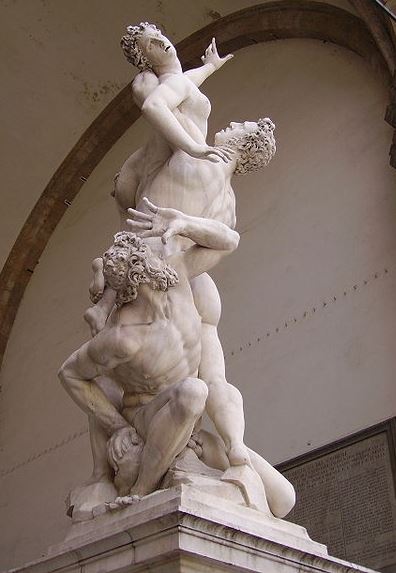