‘It’s all in a day’s work’: the Royal Greenwich Observatory Audio-Visual Collection, Stories of Observatory Life 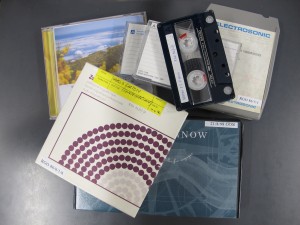 For many people the work of the astronomers at the Royal Greenwich Observatory seems like the stuff of science fiction. Observing distant stars, recording sunspots, mapping galaxies far, far away… it all seems anything but an average day at the office. If you’ve ever wondered what the daily life of an astronomer entails, a newly catalogued collection, RGO 86: The Royal Greenwich Observatory Audio-Visual Collection, may help fill you in. With 85 cassette tapes of oral history recordings alongside video and film footage, the collection reveals the human side of work at the Royal Observatory through personal staff stories.

The core of RGO 86 is a set of interviews with RGO staff members, recorded at Herstmonceux Castle, Sussex, in 1986-1987 by the RGO’s Laurie Project. The aim of the project was to record an anecdotal and personal record of the Observatory’s history. Nineteen former or current staff members were interviewed, ranging from then director, Dr Alan Hunter, to amateur astronomer and Greenwich resident Harold Barton, who at 100 years old had witnessed the impact of two World Wars on the Observatory, the advent of radio astronomy, and the move of the Observatory to Herstmonceux Castle due to increased light pollution at Greenwich.

In warm and often witty tones the interviewees recount their memories of the Royal Observatory though the years: how they joined the RGO, their daily tasks, pay and working conditions, and their memories of successive directors of the Observatory. They recall the social side of Observatory life, from staff outings and sports clubs to friendships and animosities. Most fascinating are their recollections of the changes to the Observatory over time, particularly during the two World Wars, from the difficulties of making continuous observations with so few remaining staff, to descriptions of the evacuation of Greenwich. Harold Barton, for instance, recounts how his time as an officer in France during the First World War did not quell his passion for astronomy: in 1918, stationed just behind the Front Line, he discovered Nova Aquila while on night-watch for enemy planes. 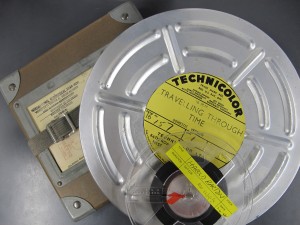 In addition to the interviews, the collection includes copies of radio programmes about the Observatory and astronomy, and film and video recordings collated over a period of 40 years. These range from 1967 film footage of the Isaac Newton Telescope, operated by Astronomer Royal, Sir Richard Woolley, to video recordings of 1980s art exhibitions inspired by Newton’s work on optics, made by visual artists Wenyon & Gamble during their residency at Greenwich.

The collection provides a fascinating glimpse into the everyday life of astronomers and a window onto the social history of the Royal Observatory in the 20th century. View the catalogue on Janus.