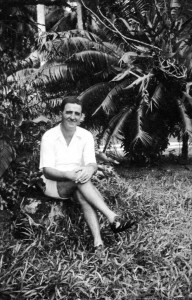 This was the headline of an American newspaper describing the British planter William French (1897-1960), who had greeted an American Museum of Natural History South Pacific expedition on the most easterly of the Solomon Islands in 1929. A small collection of letters written by French and a memoir on his life have recently been donated to The Royal Commonwealth Society Library, and an on-line record for it has just been added to Janus (RCMS 381). Together they vividly capture the spirit of a man whose wanderlust and intense interest in the natural world, and birds in particular, inspired him to travel widely within the British Empire. 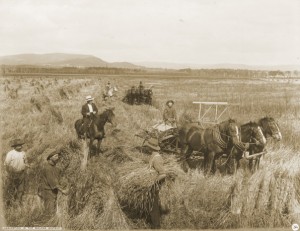 William French was born into a farming community in Cumberland in 1897 and served in Europe and the Mediterranean during the First World War. His interests in ornithology and natural history developed following his return in 1918, when he began to intensify his collecting activities, and joined the Carlisle Natural History Society. Probably inspired by Australian soldiers he had met during the war, French travelled to Australia in 1924, where he found work wheat farming and grape picking in Victoria, and cutting timber in New South Wales. After visiting the East Indies and New Guinea, French began developing the Three Sisters copra (coconut) plantation in the Solomon Islands for Lever Brothers during the late 1920s. He managed Three Sisters until the outbreak of the Second World War in the Pacific. The advance of the Japanese forced him to destroy and evacuate the plantation, leaving behind many personal possessions and ornithological specimens walled up in a cave. Sadly French was never able to return and retrieve them. He was eventually relocated by Lever Brothers to West Africa, where he oversaw copra and palm oil plantations. In 1946, French was nearly killed in a lorry accident and sent home to Britain for convalescence. He left Lever Brothers and spent several years working in London and Ireland, before returning to Cumberland about 1950. 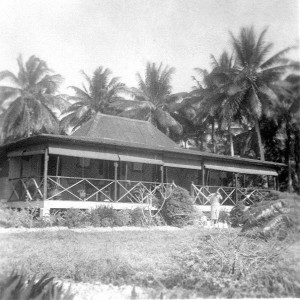 Although few in number, French’s letters from Australia and the Solomon Islands vividly portray the people and places he encountered. Most relate to the Solomons during the 1930s, where his nearest European neighbour was 16 miles away upon another island, and his only link to the outside world was a company boat which arrived upon average once every two months. Writing to his lifelong friend Ernest Blezard, Curator of Natural History, Carlisle City Museum in Sept. 1929, French presented a realistic account of the South Sea planter’s working and living conditions, ‘Now I presume you want to hear something of life in the “Savage Solomons”, romantic isles of cannibals and earthquakes, sandflies and mosquitoes, and all the other confounded pests that enhance the disadvantages of island life. I mentioned romance – I am afraid the romance is more in the imagination of fiction writers and tourists than in reality. To one who is destined to live here the romance soon loses much of its glamour and the reaction sets in. The terrible loneliness seems to sap all such feelings from a person after a few years of life as a modern Robinson Crusoe.’ French’s accounts of the tropical storms he endured are striking, and particularly his description of the violent earthquake and tsunami which devastated the Solomon Islands on 3 Oct. 1931, killing 46 people. 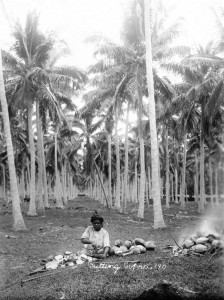 French’s letters also reveal his enduring interest in ornithology. While abroad he collected birds’ eggs when opportunity allowed and learned taxidermy. Specimens he sent home from the Solomon Islands during the 1930s were presented to the British Museum (Natural History), now the Natural History Museum, and are represented in other collections. During the mid 1950s, French visited northern Scandinavia several times to identify the breeding grounds of European wading birds, on one occasion straying too close to the Finnish/Russian frontier and being fired upon by Soviet border guards.