Posted on 7 October 2015 by Special Collections

The Eastern Counties Folklore Society was established at a meeting held in Cambridge on
18 November 1932, to investigate, collect and record information about all aspects of folklore within the region. The Society’s records were deposited in Cambridge University Library following its demise in 1955 [MS Add.7515]. 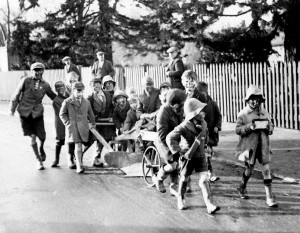 The collection contains only two groups of photographs, each illustrating a popular festivity in Cambridgeshire, one rural and the other urban. ‘Plough Monday’ had traditionally been celebrated in many villages on the second Monday in January, with parades of ploughmen and other adults. By the 1930s the custom had largely died out; but it survived in attenuated form in a few places, including Swaffham Prior, where children with blackened faces paraded the streets, drawing a plough, singing traditional doggerel verses and collecting coppers. In 1934 several members of the ECFS attended the event at Swaffham, accompanied by a representative of the Eastern Press Agency who took a number of photographs, two of which are reproduced here. Plough Monday traditions have recently been revived in a number of Cambridgeshire villages – although this year’s event in Swaffham Prior took place on a Wednesday. 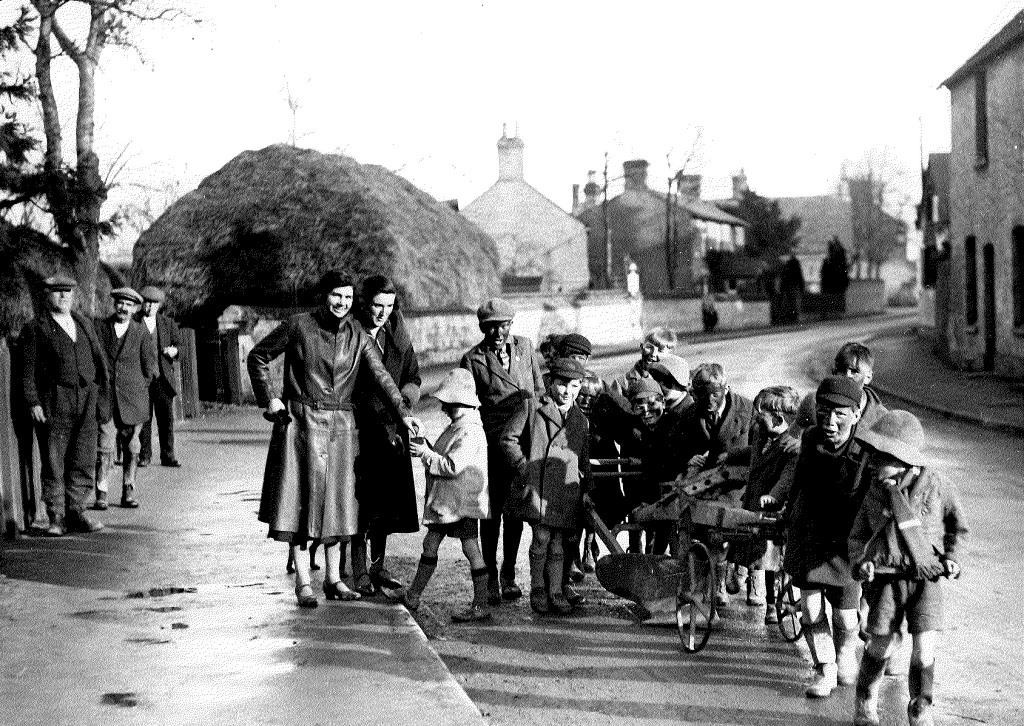 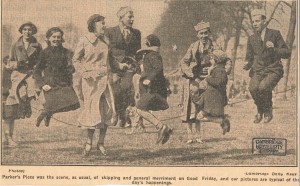 Another custom linked to a particular time of year was the skipping held on Parker’s Piece in Cambridge on Good Friday, at which the participants were principally but by no means solely children. The event seems to have attracted large numbers of townspeople, for whom refreshment stalls were set up on the roadside. In 1936 and again in 1939 a fellow of St John’s College, Harold Brindley, took photographs for the ECFS. One of his 1939 photographs appears here, along with a cutting from the Cambridge Daily News also preserved in the files. (The houses in the background of Brindley’s photo have long since made way for the police and fire stations.) It is an illuminating comment on the limited contacts between town and gown that although in 1936 a policeman told Brindley that the skipping had existed ‘ever since he could remember’, neither Brindley (aged 70 and resident in Cambridge for much of his adult life) nor the ECFS secretary, Kenneth Jackson, a much younger Johnian don, had previously been aware of it. 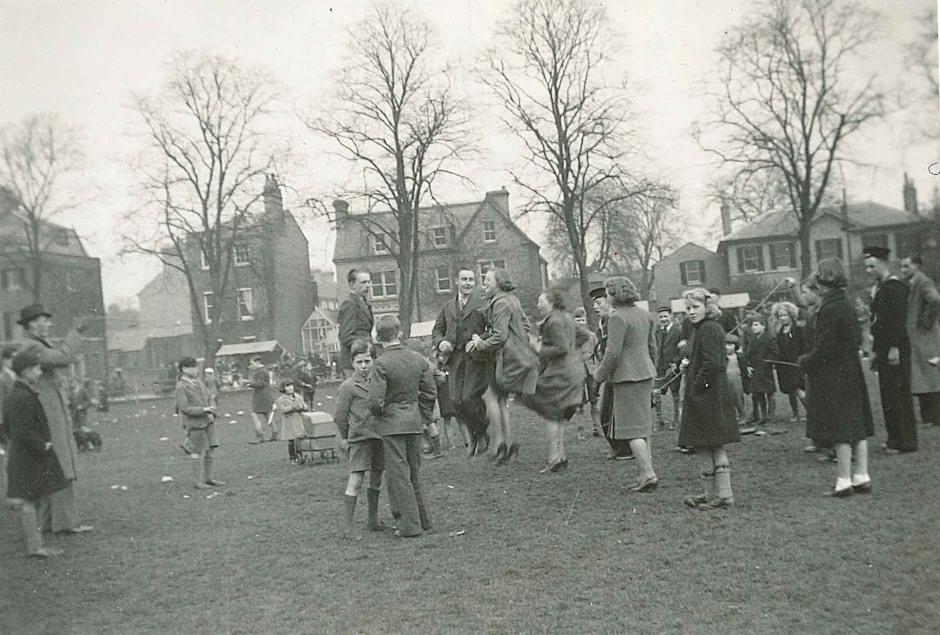