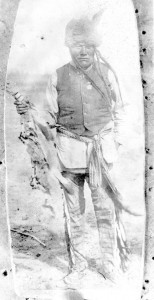 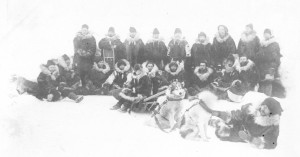 This is the evocative title of a photograph collection, Y3062S, recently added by The Royal Commonwealth Society Library to our online catalogue Janus. Its creator was the pioneering Canadian photographer John Howard Arthur Chapman (1861-1942), a native of Wiltshire who emigrated to British Columbia in 1890. Chapman initially worked as a travelling salesman, and likely honed his skills as a photographer during his commercial trips. Between 1895 and 1912, he travelled and photographed extensively in Western Canada, establishing an impressive line of quality German-lithographed postcards. Chapman was appointed Official Photographer to the Government of British Columbia, and from 1912 until 1936, concentrated his photographic efforts on people, places and events associated with Victoria, Vancouver and the west coast. 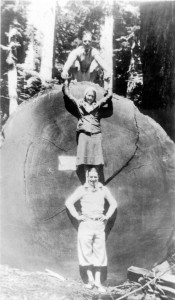 The photographs were originally housed in an album with a fascinating provenance. Chapman presented it to Queen Mary and King George V during the 1930s. It was then given to Bircham Primary School, Great Bircham, Norfolk, by Queen Mary in 1945. The school used to teach the children of families who worked on the Sandringham estate. The album was placed in the back of a curio cabinet (given at the same time), perhaps hidden there because teachers thought its many images documenting the horrors of the First World War too traumatic for the children, and forgotten. Rediscovered in 1993, it was donated to Cambridge University Library in 1996 to ensure the long-term preservation of the photographs. 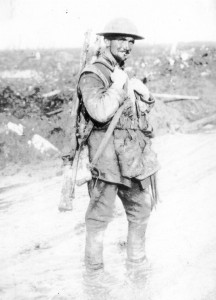 Chapman’s choice of a title for the album, which includes photographs dating from about 1900 to 1939, suggests it was intended to chronicle the significant development experienced by both British Columbia and Canada during the era. British Columbia had joined Canada in 1871, and enjoyed rapid growth and prosperity as its mining, forestry, fishing and agricultural industries expanded. It was at this time that Canada emerged as a fully independent nation on the world stage, the catalyst being its enormous contribution to the Imperial war effort in the First World War. Victory stimulated national pride and won the country greater influence and autonomy in her relations with the mother country. Canada signed the Treaty of Versailles (1919) and enjoyed a seat in the newly established League of Nations, exemplifying the transition from colony to independent nation. The process would be completed with the Statute of Westminster (1931), which formally recognised Canada’s complete control in the realm of foreign policy. 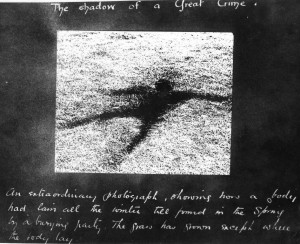 A major section of the album documents the intense suffering endured by Canadian and British soldiers during trench warfare on the western front. A particularly compelling photograph records the imprint left upon the ground by a dead soldier, who lay unburied over the winter, until discovered in the spring, by which time the grass had grown around his body. Other images feature British Columbia’s native peoples, wildlife and landscape. Many of the photographs celebrate visits by the Royal Family or other distinguished visitors to Victoria, such as Winston Churchill, or Frederick Banting, the co-discover of insulin. One of the most fascinating portraits is of the future King Edward VIII taken by Chapman in 1910. The sixteen year-old prince wears the dramatic dress of a Blackfoot chief, and the photograph was hand coloured by Chapman’s artist Mrs Patterson, ‘who called at the B.C. Government Archives to be sure of the correct colours.’ 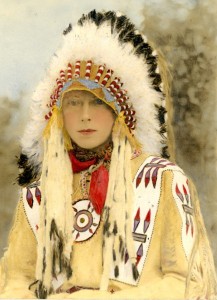