We celebrate the bicentenary of Charlotte Brontë’s birth, 21 April 1816, with a look at a special copy of the Book of Common Prayer and Psalms (Cambridge, 1751) from our Rare Books collection. It was given to Charlotte by her future husband Arthur Bell Nicholls (1809–1906), her father’s curate at Haworth, on the occasion of the publication of Shirley in October 1849.

Charlotte started work on Shirley, her second published novel, in 1848, but it was only finished after the deaths of her siblings Branwell, Emily and Anne in the space of less than a year, between September 1848 and May 1849. Nicholls’s proposal of marriage more than three years later in December 1852 came as a complete surprise to Charlotte and she turned him down, but by the following Christmas she had accepted him and they were married at Haworth Church in June 1854. Charlotte died on 31 March 1855, in the early stages of pregnancy, after less than a year of marriage. 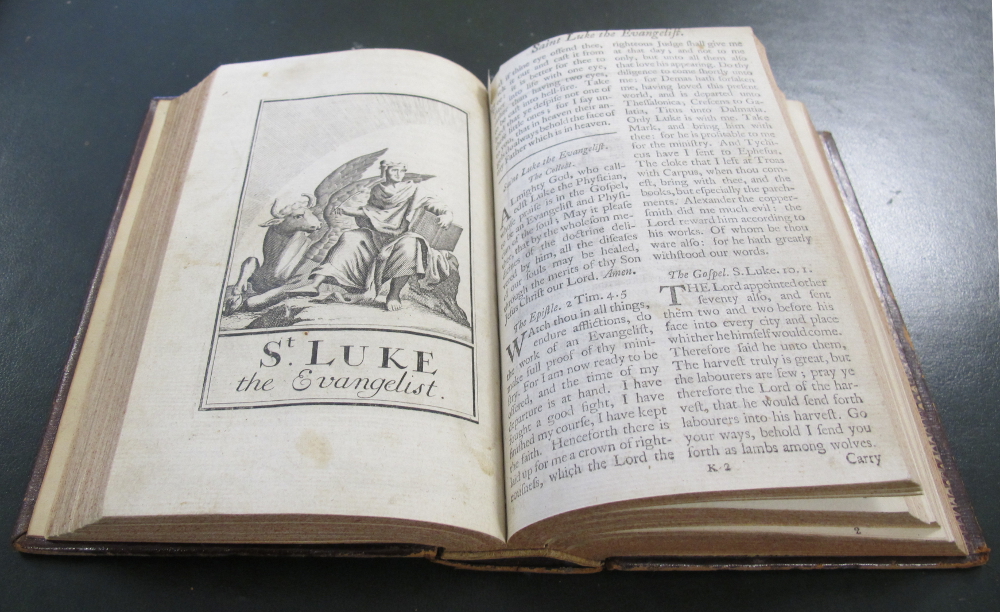 Charlotte’s prayer book (classmark Rit.d.775.1) was subsequently owned by Francis Jenkinson (1853-1923), former University Librarian. There are some notes on an endleaf concerning members of the Burch family (‘Jonathan Burch Senr. was of Sandys Parish in the Island of Bermuda … David Burch … died in the year 1718 … David, his eldest son was lost among the Leeward Islands’), and a note in Jenkinson’s hand recording that he acquired it from an ‘H. Selwyn’ on 21 October 1892. It came to the University Library as part of the Jenkinson Collection in 1923.