Note: readers of this post may be interested to learn that, since its publication, MS Gg.5.35 has been digitised in full and the images are now available to view, accompanied by detailed descriptive metadata, on the Cambridge Digital Library (25 February 2020).

Music reconstructed from an 11th-century manuscript in the University Library will be heard for the first time in a thousand years in a concert in Cambridge tonight. The ‘Cambridge Songs’ manuscript (CUL MS Gg.5.35) is a large anthology of texts which was copied and used at Canterbury Cathedral Priory in the late 11th century. At the end of the manuscript are several leaves containing texts set to music, most of them unique and some found in one or two other manuscripts, including the famous ‘Carmina Burana’ manuscript. 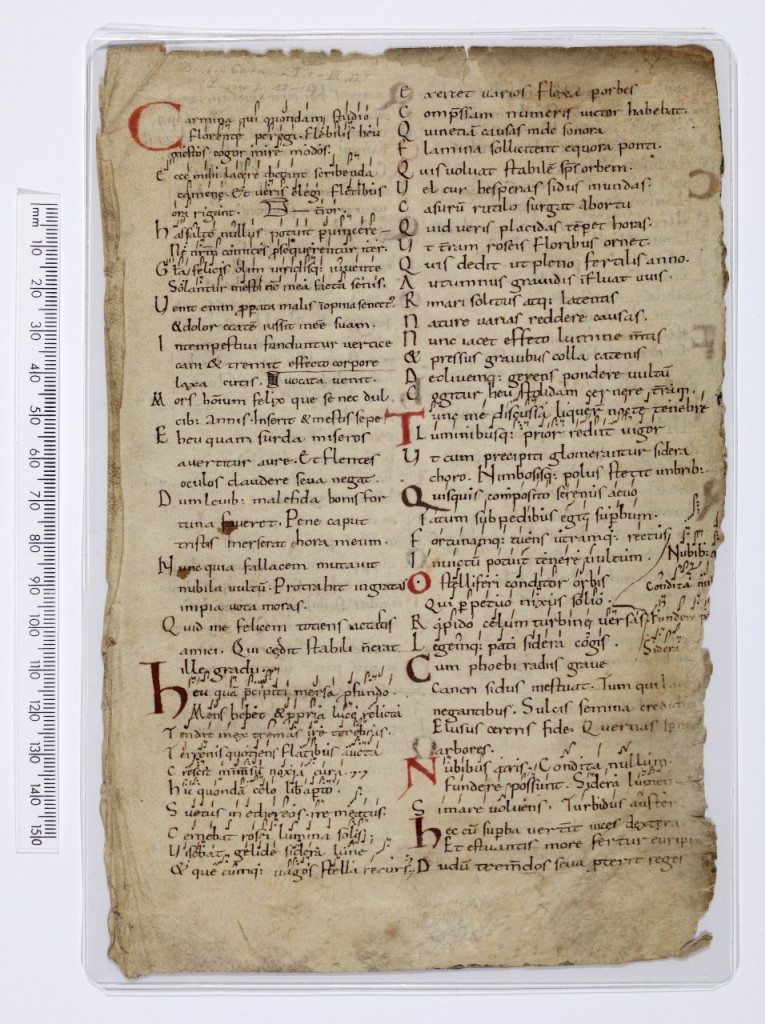 The missing (and returned) leaf from CUL MS Gg.5.35 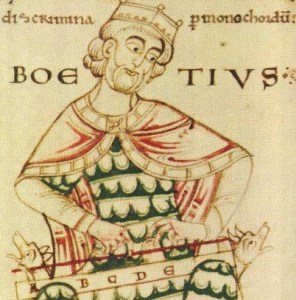 MS Gg.5.35 has been in the library’s collections for several centuries but in the 1980s, a researcher discovered a missing, presumed lost, leaf from the manuscript. It seems that a distinguished German scholar who consulted the manuscript in Cambridge in the 1840s took the leaf home and later donated it with his papers to a library in Frankfurt. It was not until the 1980s that the historian Margaret Gibson saw the leaf there and it was recognised as belonging to Gg.5.35 and returned to Cambridge. The missing leaf contains verses from Boethius’ Consolation of Philosophy set to music.

Playing or singing music from an early medieval manuscript is not a straightforward process. The form of notation for these songs, written above the words, is known as neumes. While recognisable as musical notation, these symbols, which pre-date the invention of the stave, lack an indication of pitch. Medieval musicians relied on their aural memory and experience in order to play the tunes. For a modern scholar to reconstruct them is a painstaking process and Dr Sam Barrett of the Faculty of Music has been working on these texts for over a decade.

Dr Barrett has been collaborating with Sequentia, a leading group of early music performers to bring together theory and practice. They will be performing the music from the Cambridge Songs manuscript along with other early medieval pieces in the concert in Pembroke College this evening.

To hear an excerpt of the music, visit the University website.