Is this the day, of all the days?

It is widely accepted that Shakespeare died on 23 April 1616, the day of his 52nd birthday. Today, a drop-in event (2:00 to 4:00 pm) in the Milstein Room at Cambridge University Library celebrates “Shakespeare for all age and times”. The 23rd of April 1616 has also long been considered the day of Cervantes’ death, (although it is now widely admitted that it was the day of his burial) and a blog post on a fellow University Library blog  “European languages across borders” marked the fact yesterday.

To commemorate these momentous events, the UNESCO decided in 1995  that the World Book and Copyright Day would be celebrated on 23 April. In fact, so many more poets died on the 23rd of April that the day has since earned the moniker of “Death of Poets Day”.

That Europe might have lost two, and more, of its greatest writers on the same fateful date is all but a legend however. At the time of Cervantes’ death, Spain was already using the  Gregorian calendar. England used the old Julian calendar (still in use today by Orthodox Christians): Shakespeare’s death, by modern standard, would have happened on the 3rd of May.

This discrepancy involved another man who is also much celebrated this year: John Dee. His enigmatic character, and his library, recently came to light following a much lauded exhibition of his library at the Royal College of Physicians. John Dee was also a Cambridge man, and a good number of his books can now be found in the University Library. Some years before the exhibition, a study by Robert Poole at the Institute of Historical Research, highlighted the role played by John Dee in the rejection of the Gregorian calendar in 1583. Dee was asked to advise the Queen about the new calendar. His advice was that England should accept it, albeit with numerous specific amendments. Dee’s advice was rejected. Change would not come until the  Calendar (New Style) Act of 1750, also known as Chesterfield’s Act, which  reformed the calendar of England and British Dominions so that the new legal year began on 1 January rather than 25 March and adopted the Gregorian calendar. This is how the “Mathematician, magician, astronomer”‘s failure to convince Elizabeth I to accept his reform led to the 23rd of April to be a very special day indeed… 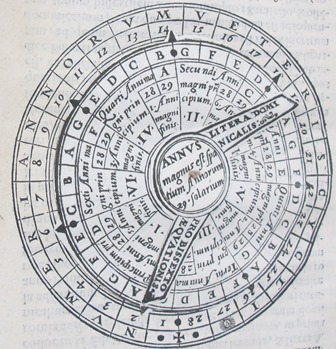