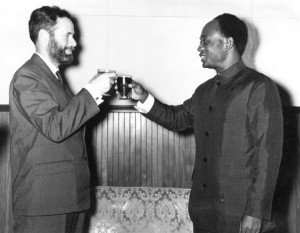 The Royal Commonwealth Society Library has just published an on-line catalogue for one of its most significant recent acquisitions, the papers of the diplomat Sir Harold Smedley (1920-2004). We are very grateful to James Smith, Acting Librarian of Christ’s College, who described the collection in detail while working with the department as a volunteer. Following service with the Royal Marines during the Second World War, Smedley entered the Dominions Office in 1946, which was the beginning of a rewarding diplomatic career, much of which would be devoted to fostering ties within the Commonwealth in Asia, Africa and Oceania.  Some of the most fascinating items in the archive date from Smedley’s early career.  These include detailed diaries of tours of New Zealand, Australia, Sri Lanka, India, Pakistan, and eastern Canada during 1955-56, as Principal Private Secretary to the minister for Commonwealth Relations Lord Home (Prime Minister in 1963 and a life-long friend).  After serving in Calcutta and New Delhi during 1957-60, Smedley’s diplomatic ability was recognised with senior appointments as British High Commissioner in Ghana (1964-67) and Ambassador to Laos (1967-70). 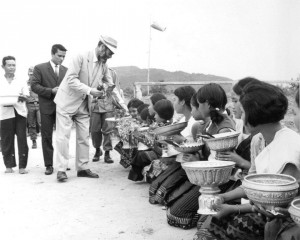 During his time in Ghana, Smedley had much contact with Kwame Nkrumah, who expelled him in protest over Britain’s reaction to Southern Rhodesia’s Unilateral Declaration of Independence in 1965. This was ironic, since Smedley himself had set up the first British Mission in Salisbury, Southern Rhodesia, in 1951, but he returned to Ghana in 1966 following the coup that removed Nkrumah from power.  Smedley’s posting to Laos was during the era of the Vietnam War and its Royal Government’s struggle against the communist Pathet Lao.  His papers shed light upon political, military and economic conditions within the country, where Britain was engaged in a significant aid programme.   Smedley’s final two diplomatic postings were as High Commissioner in Sri Lanka and Ambassador to the Republic of Maldives (1972-75), and as High Commissioner in New Zealand (1976–80). 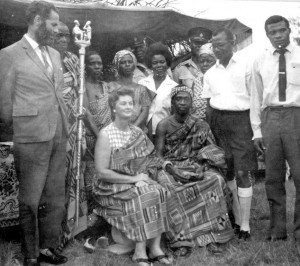 Smedley had specifically requested the assignment to New Zealand, since in 1950 he had married a Kiwi, Beryl Brown, who had worked for the Prime Minister’s Department in Wellington and at the New Zealand High Commission in London. Lady Smedley effectively worked alongside her husband and much of the archive relates to her philanthropic, educational and other interests.  In 1966, she was installed as Honorary Queen Mother of the town of Abesim, Ghana, where the Smedleys sponsored a hospital and eye clinic.  Lady Smedley was interested in women’s issues in Ghana and throughout her career, and later in life wrote the book ‘Partners in diplomacy: the changing face of the diplomat’s wife’ (1990). 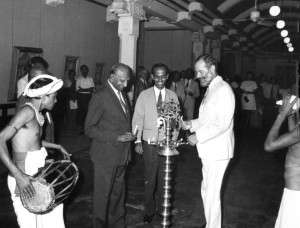 Smedley travelled widely within the countries to which he was posted to familiarise himself with their peoples and support their British communities, considering it an essential part of his job. Many of these reports relate to his time in India and Ghana.  While in Sri Lanka he also visited the Maldives, and during his time in New Zealand, Smedley toured several of the Pacific Islands, including Western Samoa (as non-resident High Commissioner), the Pitcairn Islands (as Governor) and Antarctica. 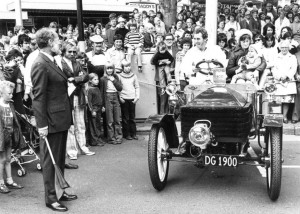