Proof of a Cambridge degree, ancient and modern

Undergraduates flushed with success in final examinations are about to be admitted to their degrees in a ceremony in the Senate House called General Admission. Although elements of the ceremony evoke the medieval University, not least the use of the Latin language, modern features are also present, among them the handing out of a degree certificate immediately the degree is conferred.

Before the 1920s degree certificates were not part of the graduation ceremony. Modern notions of credentialism did not apply. For more than a century previously, the authorised reference tool for proof of alumni status was the Cambridge University Calendar, published annually from 1796, which included lists of degrees conferred and cumulative lists of University members. From 1823 also, successive volumes were published of Graduati Cantabrigienses listing graduates from 1659, edited by the University official responsible for compiling records, the Registrary. This had more historic perspective and range than the Calendar.

Individual proof of degree could always be provided on application to the Registrary who produced a handwritten testimonial in Latin. The document was signed and sealed by the Registrary and/or Vice-Chancellor. In the University Archives are stray degree certificates and testimonials from 1614 onwards, two seventeenth century survivors being for the AB or Artium Baccalaureus, BA in modern parlance (UA Degr.M.1). Stamp duty was payable. By the early nineteenth century this was £3.3s for BAs and £10 for other degrees. 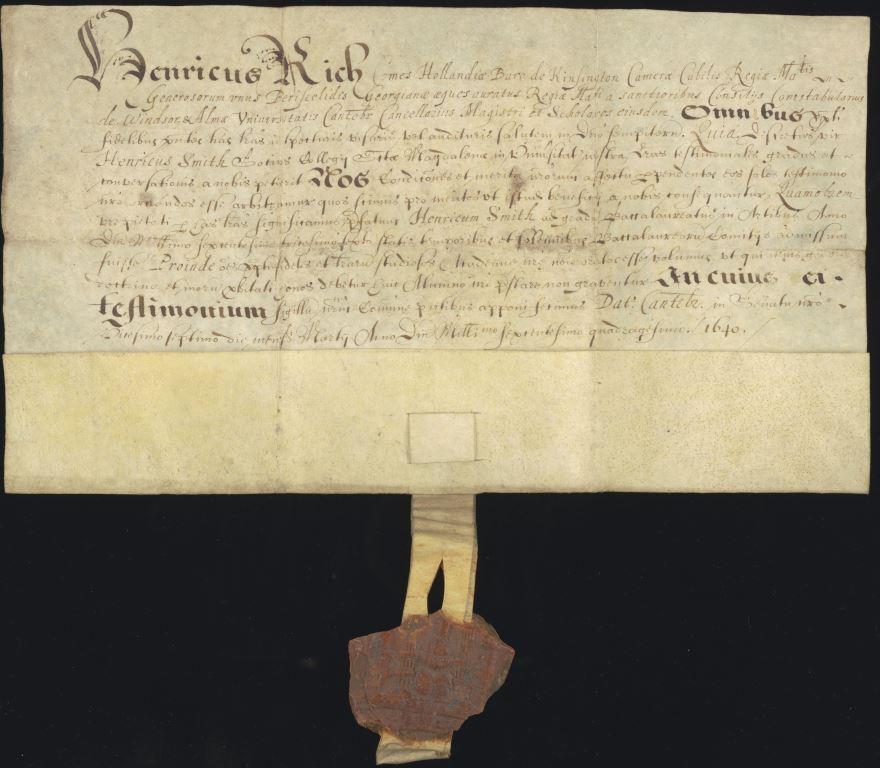 Fraudsters existed then as now. In 1859 officials wrote from Canada in connection with one James Dixon, enclosing a copy of his fabricated diploma from Cambridge. ‘Any person guilty of such forgeries’, they continued ‘should not easily escape. I fancy he may leave for the States rather than stand the ordeal. Meantime he is one of the most popular preachers in the country’ (UA CUR 20.1.21.9). 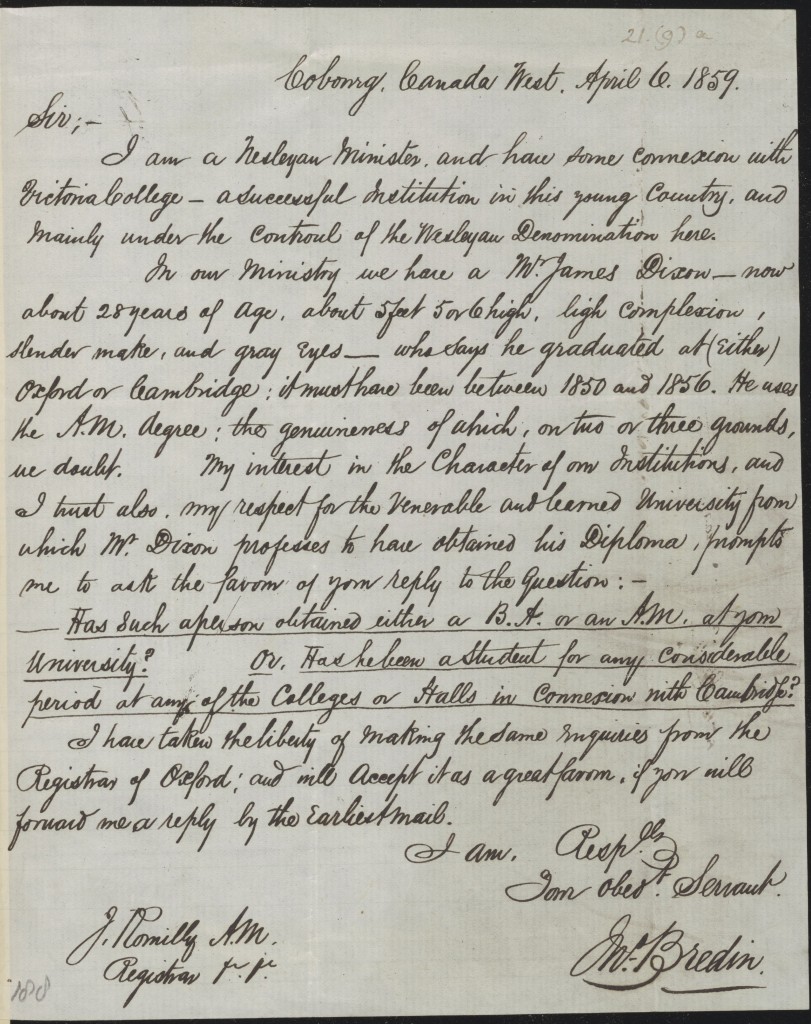 In 1870 the Stamp Act removed the charge and thereafter the number of individual applications for certificates of degrees or examinations passed increased considerably. To meet demand, printed forms of certificates began to be produced; the earliest in the Oxford University archives (submitted in order that the holder as a Cambridge graduate might claim the same degree ‘by incorporation’) is that for a MA issued in 1879. It has the University shield at its head and is a printed form in Latin with blank spaces for the insertion of the graduate’s name, College, and dates of incepting and graduating in Arts. It is signed and dated by the Registrary (or in this case his deputy, John Willis Clark). The earliest for a BA is 1882. In 1885, Registrary Luard reported that ‘few days pass without certificates … being asked for, as the army and law authorities require them, as well as (occasionally) the Bishops in order that the privilege obtained by taking a degree or passing an examination may be claimed.’ (UA CUR 20.1.3). By the mid-1880s certificates were in English.

In 1921 it was decided that degree certificates would be issued henceforth automatically to all graduates. That meant men only of course. Women’s fight to be admitted to degrees in person lasted until 1948. The infamous ‘BA tit.’ diplomas issued to women students, allowing them to use the titles of their degrees, were issued by the Local Examinations Syndicate from 1921-48.