The Computer Science Tripos is 45 years old this month

Four months after it started work in August 1970, the the University’s Computer Syndicate submitted a report (published in Cambridge University Reporter No.4735, Vol. CI, No.11, 9 December 1970, pp.299-300) recommending the establishment from 1 October 1971 of a tripos in Computer Science. Transitional arrangements, agreed in May 1970, had seen Computer Science offered for one year only as a subject for Part II within the Natural Sciences Tripos. Now regulations specified that the new tripos was to be undivided and taken by students who had already passed Part I in another subject. It was to comprise four papers on such topics as ‘programming languages’, ‘elements of design’ and ‘computer circuits’. The syllabus also prescribed ‘elements of numerical analysis’, perhaps reflecting the still close connections in the 1960s and 1970s of computing with number-crunching. Candidates were to be limited to between 25 and 50 so as not to overload available equipment and accommodation. 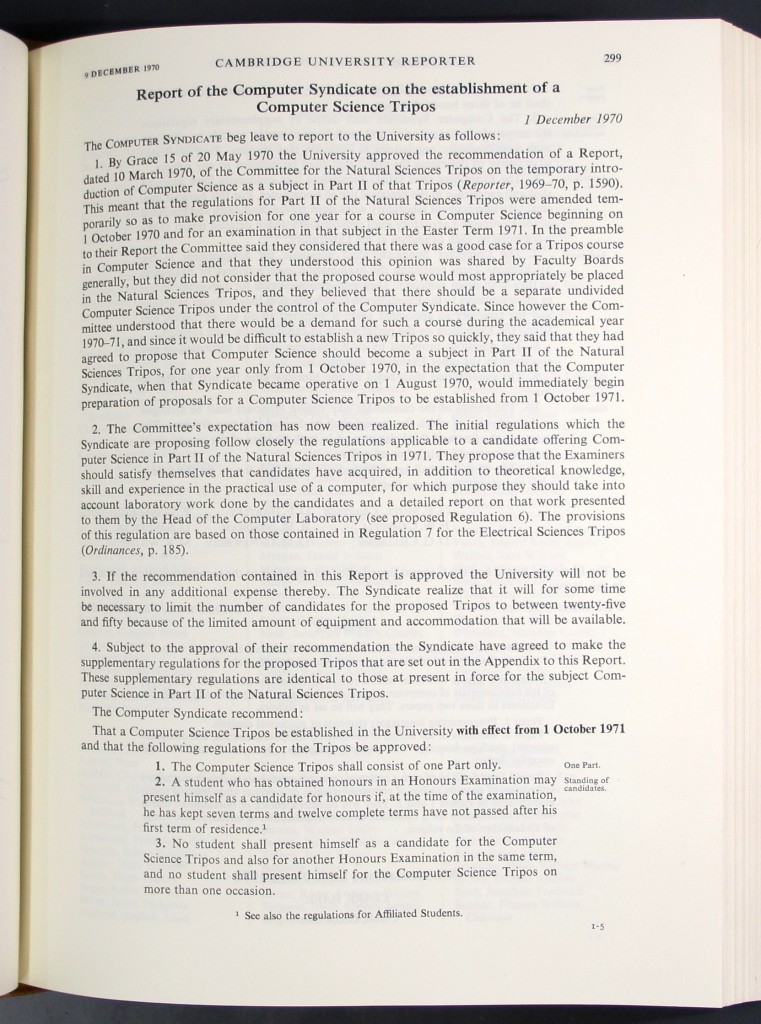 First page of the report of the Computer Syndicate on the establishment of a Computer Science Tripos, in Cambridge University Reporter (no. 4735, vol. CI, no. 11)

The year saw other major changes in the arrangements for teaching and research in computing and the provision of infrastructure, after more than three decades of development in this field; developments documented in the University Archives. A Mathematical Laboratory had been established in 1937, under the aegis of the Mathematics Faculty, for work on mechanical computation in all branches of science. J.E. Lennard-Jones, Professor of Theoretical Chemistry, was appointed its part-time director and Maurice Wilkes its first full-time member of staff. The earliest equipment acquired was a differential analyser. The laboratory and its equipment were made available to the Ministry of Supply during World War Two. In 1947, Maurice Wilkes was appointed director. Thereafter, the laboratory became involved in electronic, stored program, digital computing. EDSAC [Electronic Delay Storage Automatic Calculator] came into use as a fully functional, stored program computer in May 1949, the first in the world to offer a regular computing service. The Laboratory was also active in teaching. The first formal course leading to a qualification began in 1953. 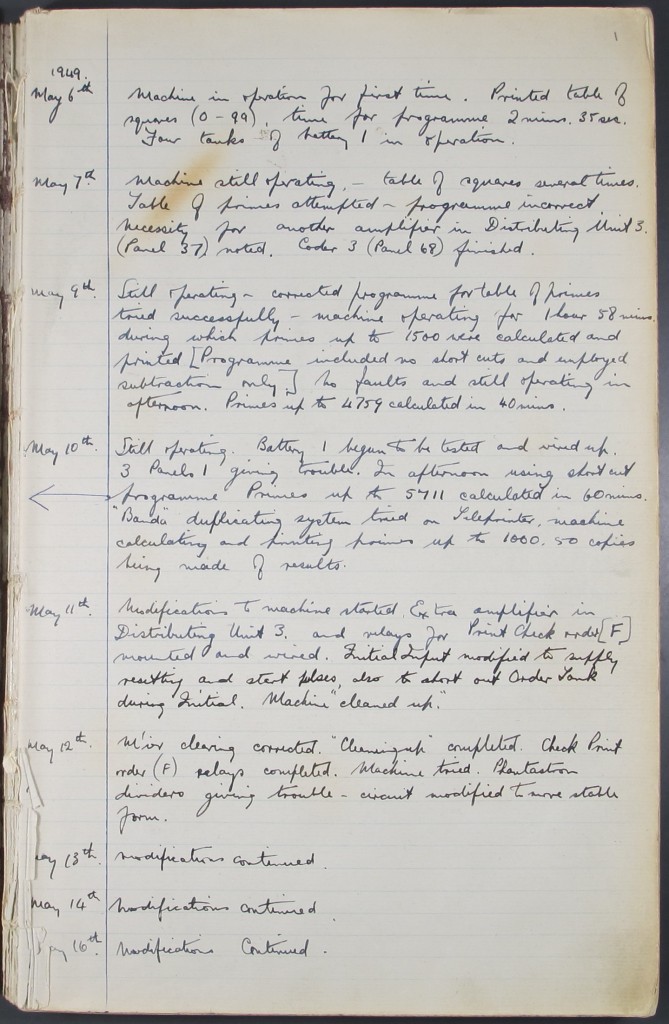 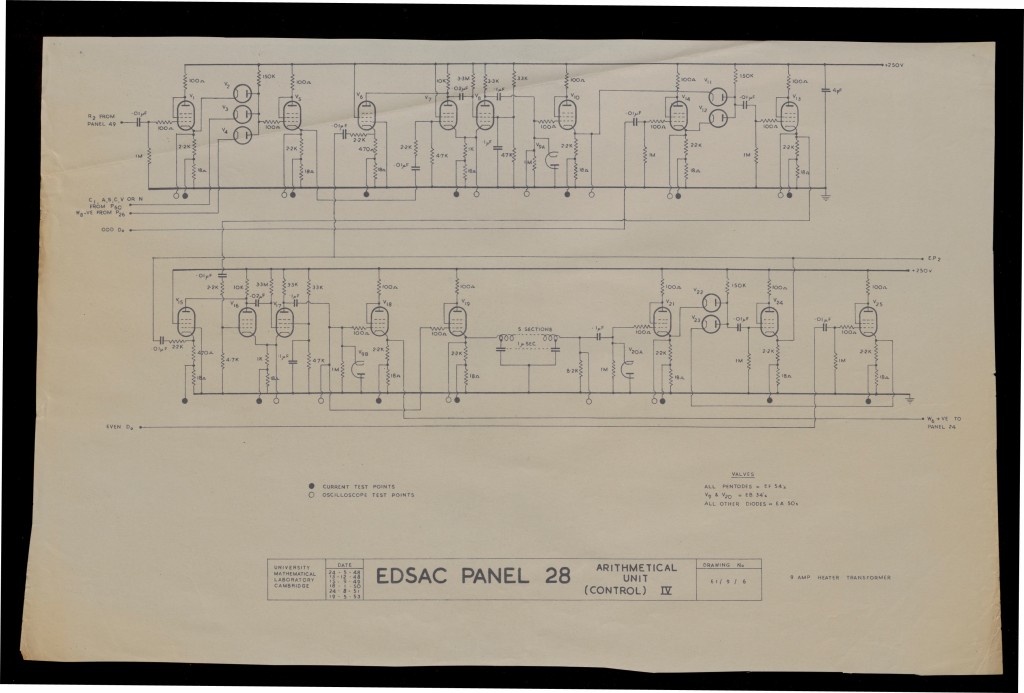 In the first decades of its existence, the study of computing as an academic subject and the provision of computing facilities to the University as a whole were intimately bound together. In 1970, the Computing Service was divided from teaching and research within the Laboratory. In the same year, the laboratory was renamed the Computer Laboratory, a department independent of any faculty, responsible to the Computer Syndicate.

The Department of Manuscripts and University Archives also holds the papers of William Renwick, who was part of the team that developed the EDSAC computer.