In 1915, Francis Jenkinson placed an advertisement in the Cambridge Magazine appealing for material relating to the unfolding war, adding “Such flying pieces as those which are dropped from aeroplanes or posted on hoardings would be particularly welcome”. The resulting War Reserve Collection is now an unrivalled source for researchers into World War I, covering as it does ephemeral publications and propaganda as well as official histories, and it was microfilmed by Adam Matthew Publications as The First World War: a documentary record from 1991 to 2005.

The consequences of Britain’s vote just over a hundred years later to leave the European Union will be, let us hope, considerably less devastating, but they will nonetheless be far-reaching, and the University Library has decided to assemble a special collection documenting the referendum campaign and its immediate consequences. This may well turn out to be the last political campaign for which extensive material on paper is produced, and as a first step we are appealing for leaflets and other printed campaign material issued by both sides to be donated to the University Library to be kept as a documentary record for future researchers. Duplicates will be shared with the John Johnson collection at the Bodleian Library and other libraries collecting in this area, and the whole collection should act as a complement to the web archive already in progress at the Bodleian and other legal deposit libraries. 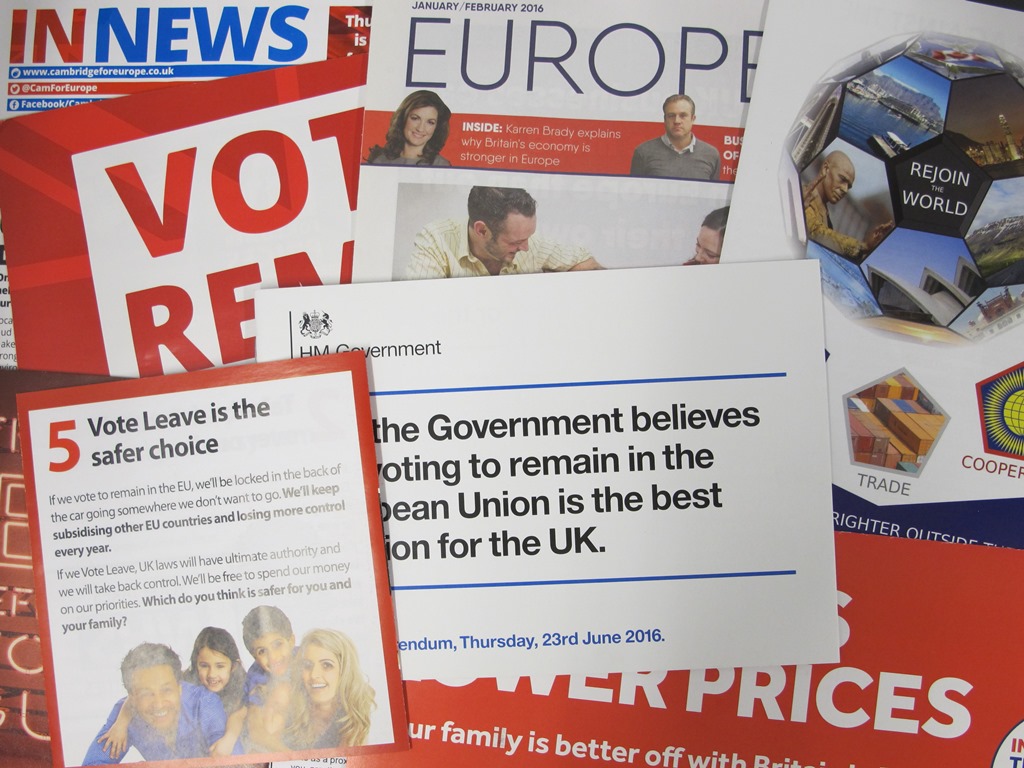 If you have any leaflets or similar campaign materials you would be willing to donate, please contact William Hale at the University Library’s Rare Books Department.