Manuscripts Image of the Month – a sixteenth-century Book of Hours? 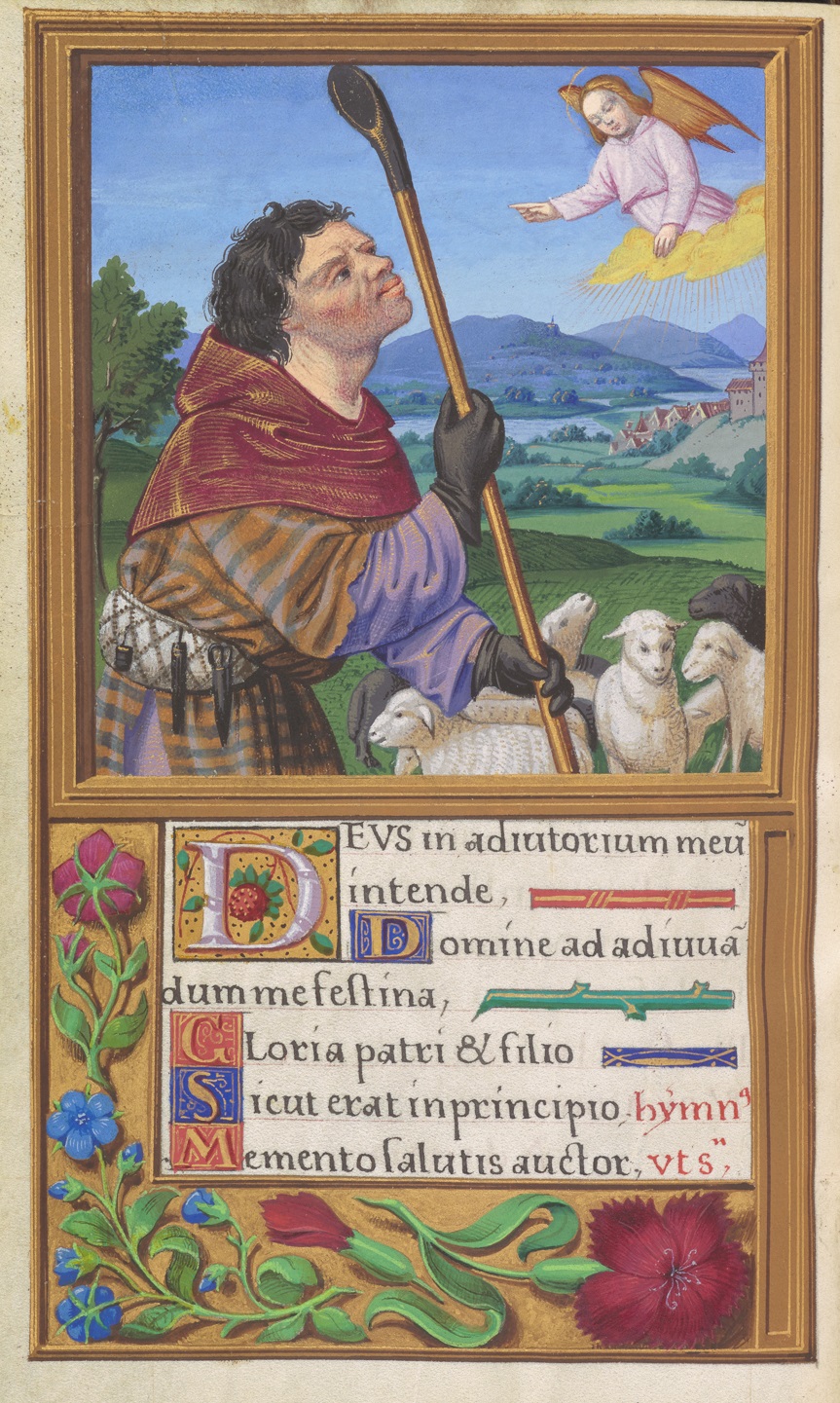 At first glance, it looks like a French Book of Hours made in the late fifteenth or early sixteenth century: it is written in humanistic hand and illuminated throughout with a series of miniatures illustrating biblical scenes, the one above being the Annunciation to the Shepherds. These paintings are accompanied by borders filled with naturalistic flowers, jewels or busts in grisaille.

But is all what it seems? Look closer – or, as the scientists involved in the research for the Miniare project at the Fitzwilliam Museum have been doing, look very closely indeed! This manuscript was in fact made in the nineteenth century by the miniaturist Caleb Wing, inspired by the Hours of Jean de Chasteauneuf (Paris, Bibliothèque Nationale, MS lat. nouv. Acq. 3210). Non-invasive scientific analysis has revealed the use of synthetic pigments not available prior to the 1830s, as well as the absence of others commonly used in the later nineteenth century. The manuscript was bequeathed to the University Library by Samuel Sandars in 1894 and it fooled us then: the manuscript was at first dated to the 1520s, which was not a bad guess! The manuscript has been digitised and will shortly be available on the Digital Library with a full description. To see it in the flesh and learn more about the application of cutting edge scientific techniques such as reflective spectrometry to medieval manuscripts, head down to the Fitzwilliam Museum. Colour: The Art and Science of Illuminated Manuscripts runs until 30th December 2016.