Since joining the Library team as Archives Trainee, I have been lucky enough to peer through a lot of windows into the University’s past. One such window has been the archives of the Footlights Dramatic Club, which I have been indexing for the last month. The Footlights collection comprises a wide range of items, ranging from photographs and flyers to posters and programmes, 1883-2014. My task for the past few weeks has been to go through the photograph albums of performances, dating right back to 1883, and update the online catalogue on Janus (at https://janus.lib.cam.ac.uk/db/node.xsp?id=EAD%2FGBR%2F0265%2FFOOT) with the names of performers.

Many of the actors’ names have been written on the back of the images in question, a task undertaken by Dr Harry Porter, Senior Archivist 1978-2003, and one that has helped me immensely as I find my feet with the archive. The players that are not identified bring a new challenge, and have led to a few sleuthing missions in order to discover the identity of, for example, the young woman dressed as a shirt (not in a shirt, as a shirt, coat-hanger and all) in a publicity shoot from 1991 (Sue Perkins, as it transpired) (classmark: FOOT 2/9/132).

An interesting aspect of documenting the Society’s performances has been noticing how the nature of the society has changed over time. Images dating back to the 19th and early 20th centuries all portray performances of a farcical nature, a much more traditional set of gentle pastoral comedies, with the players dressed in theatrical costumes or, when in mufti, in straight-laced suit, collar and tie. There were no women present in productions up until 1932, when for the first time a show called Laughing at Love included female cast-members. It was not a success. As Albert Robinson, who became Footlights President in 1939, put it: “The townspeople were disappointed, because they liked seeing undergraduates dressed up as girls and playing feminine roles.” The society quickly reverted back to all-male players, as the title of the following year’s production suggests – No More Women. 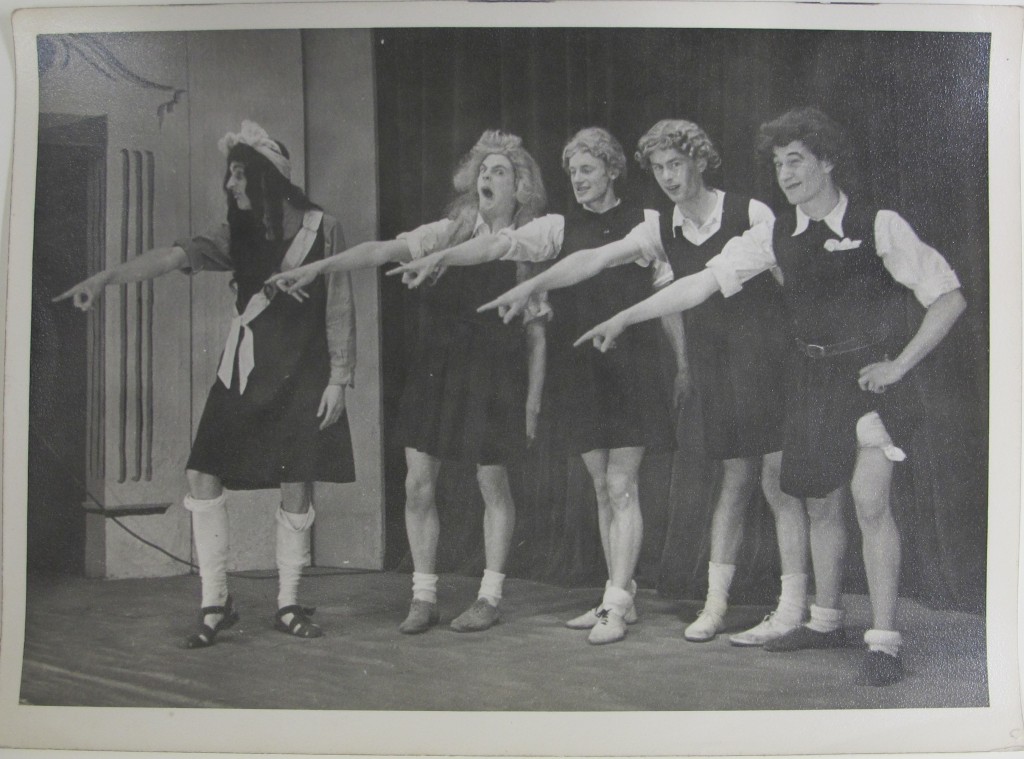 This absence didn’t stop the Footlights performers from putting on a wide range of plays, from pantomimes to cabarets, nor to have kept them from having female characters within them. Drag was a popular aspect of productions, with many pictures dating back to the 19th century showing performers relishing the chance to dress up in wigs, frocks and make-up.

Even after women became full members of the University in 1948, and subsequently began to be accepted into the club, they remain a minority in photographs up until the end of the ‘50s. Once the photographs reach the 1960s however, change slowly begins to creep in. Women begin to appear in the images with more frequency. The clothes worn on stage are less formal. Most notably, the nature of the performances changes, giving way from slapstick or romantic comedy to political satire. 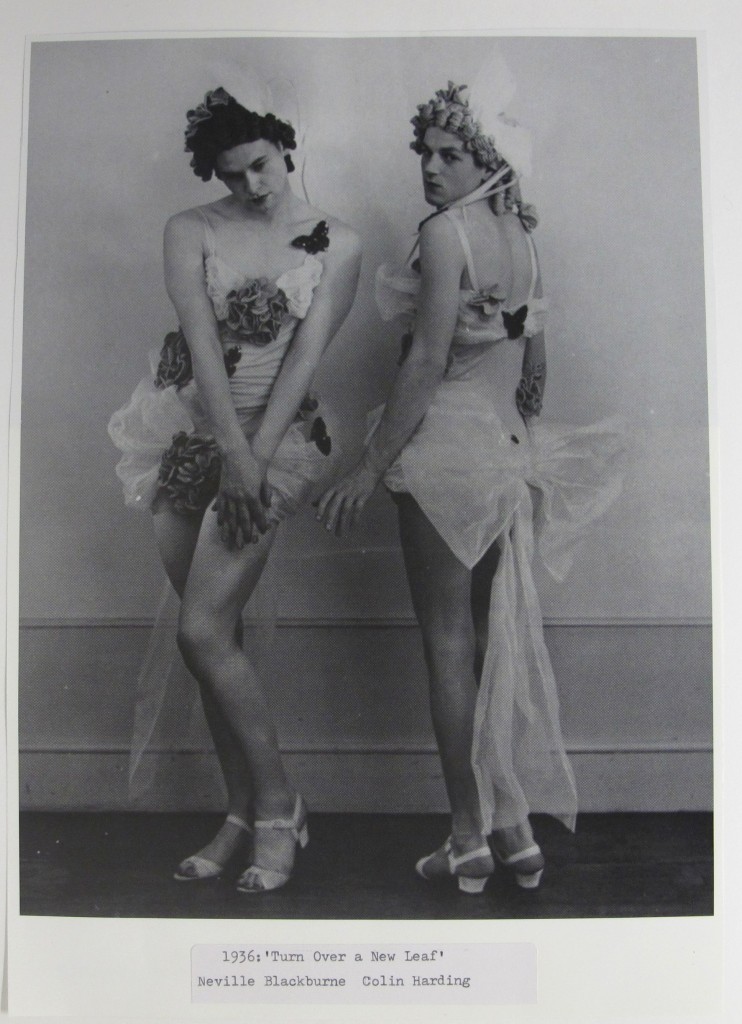 The Footlights Club benefited from a well-stocked costume cupboard.

It is also at this point that news cuttings begin to appear in the photograph albums with a higher frequency, telling of successes in prestigious showcases and awards granted to performances. In 1981, a young Emma Thompson clutches the Edinburgh Fringe trophy and beams from an article in the Edinburgh Times (UA FOOT 2/9/115). Seventeen years on, Richard Ayoade is presented with the Martin Steele Prize for play production (UA FOOT 2/9/144). The closer the images come to the present day, the more faces one begins to recognise: Olivia Colman, David Mitchell, Mel Giedroyc, Ben Miller and many more fixtures of British comedy appeared first of all on stage in Cambridge Footlights’ productions.

I still have many more photo albums to go through, and eagerly anticipate what else I might find within them. If you too wish to see David Mitchell dressed as Widow Twankey, search https://janus.lib.cam.ac.uk/ for “Footlights Dramatics Club” to discover that and more.