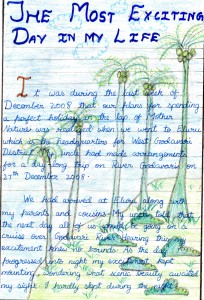 The RCS Library is delighted to announce that a significant recent deposit of essays from The Queen’s Commonwealth Essay Competition has been added to its on-line catalogue (ARCS 20). The competition, originally established in 1883 by the Royal Commonwealth Society, and now run in partnership with Cambridge University Press, is the world’s oldest international schools’ writing contest. It reflects the society’s enduring aim to foster the creative talent of young people throughout the Commonwealth by encouraging literacy, self-expression and imagination.  Last year’s competition, which attracted almost 13,500 entries from primary to Sixth Form students from virtually every Commonwealth country, emphasises its continuing success. The theme of the 2017 competition is ‘A Commonwealth for Peace.’ The library already holds essays from 1922 to 1985 (with some gaps), and all surviving prize winning entries from these years have been digitised and are freely available on the Apollo digital repository. 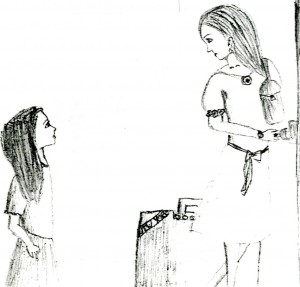 The latest deposit includes prize winners from the years 1991 to 2009, and a very large collection of commended and other essays for the years 2002-09, totalling more than 20,000. The essays represent an excellent resource for many fields of research relating to education, and for assessing the opinions of intelligent, articulate and engaged young adults throughout the Commonwealth on a host of contemporary political, social and cultural issues. It is impossible here to list all the topics for each year, which range from the light-hearted to the serious, or to single out individual essays. The essays are occasionally accompanied by examiners’ reports, which contain insightful comparative analysis of entries, as an example from 2009 illustrates. One examiner of essays written by thirteen to sixteen year olds (Class B) commented upon the originality, insight and eloquence with which many responded to the themes ‘Tracks’ and ‘The Long Way Home.’  Many reflected upon the theme of war: its aftermath, consequences and the return to a home country after fighting abroad, while others addressed concerns of especial relevance to young adults such as unwanted pregnancies, abortion and abusive relationships.  The examiner concluded, ‘It is remarkable to see such young writers master such sophisticated themes and topics spurred by such vague titles.’ 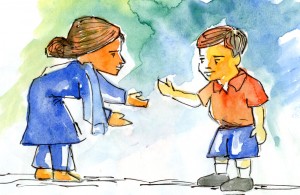 A dedicated and conscientious team of Reader Services Assistants in the Rare Books Department have listed each essay, recording name of author, age, school, country, gender and essay topic. Thanks to their hard work, it will be easy for researchers to quickly sort through the essays, identifying for example, how many students from a particular country or gender answered individual questions, whether they lived in the developed or developing worlds, or studied in state or private schools. In the Class B examiner’s group discussed above, for example, 62 of 150 writers (almost half), were inspired by the theme ‘The Long Way Home.’  They represented thirty different countries, with the three largest numbers of entries drawn from Singapore, Pakistan and India.  Many of the essays are illustrated, especially by younger authors, accompanied by beautiful original art work or photographs, which reinforce their themes. The three examples shown here were the work of eleven and twelve year olds from Class D 2009.

Researchers wishing to view these recently-acquired essays and their listings, and to request reproductions, must first consult staff in the Royal Commonwealth Society Department.

A catalogue of the full collection may be found here.