A challenge to amateur spies: the Hugh Childers papers 2 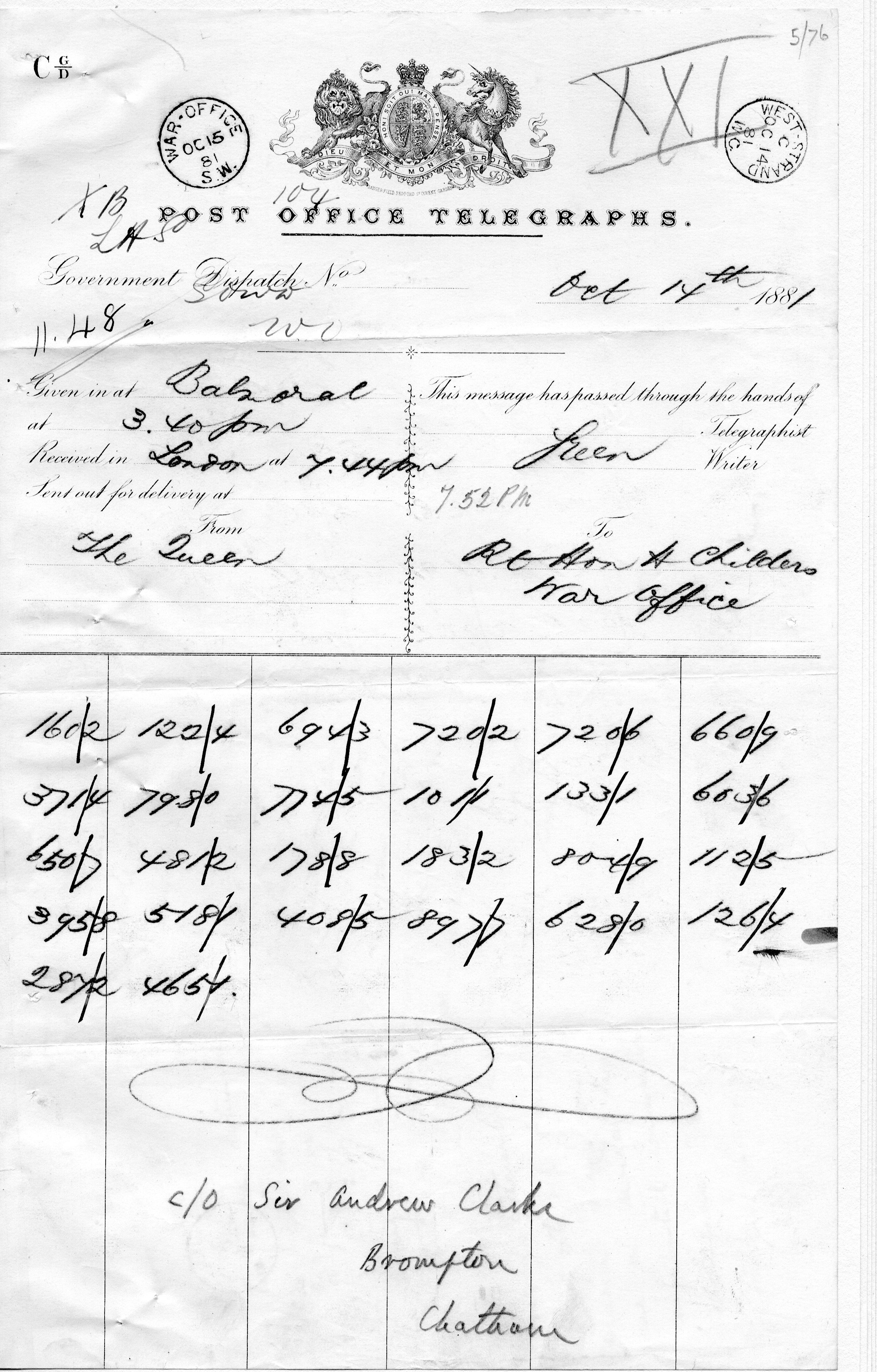 As promised, the restored text of Queen Victoria’s rebuke to Secretary of State for War Hugh Childers has been reproduced, as no cryptanalyst has stepped forward to decode it:

I have received your letter and proposal [and I am] extremely astonished as I think [I have] already said that the appointment of Sir G. Wolseley as adjutant general is one I cannot approve (RCMS 37/77) .

In this example, Victoria’s message (plaintext in the language of the cryptologist), has been transformed using a substitution system (or code), in which codenumbers have replaced individual words or phrases. This was an efficient and cost effective method for use with telegrams transmitted using Morse Code.  The words in brackets have been supplied in place of obvious errors made either during the encoding or decoding of the telegram.  For more information on the fascinating complexities of cryptography, please see David Kahn, ‘The codebreakers: the story of secret writing’ (New York, 1996).

RCMS 37 is not only an important set of political papers, but it also preserves a wealth of information on the history of the Childers family. Anyone wishing to recreate the life of a fashionable Oxford undergraduate of the 1870s, for example, would be intrigued by the section of the archives relating to Hugh Childers’s son Rowland, who went up to Balliol College in 1875. 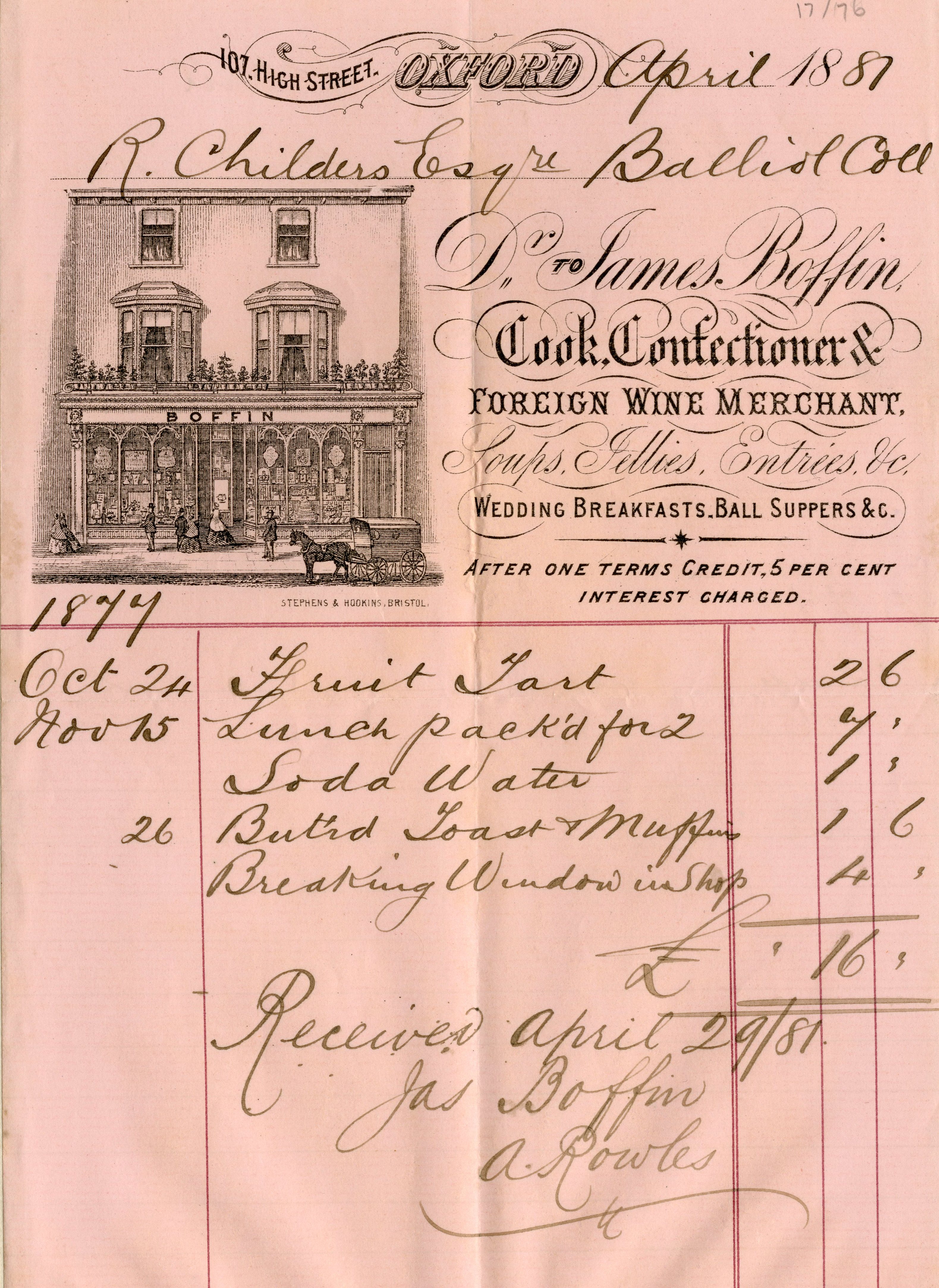 Rowland moved in the set of Oscar Wilde, neglecting his studies, gambling and amassing considerable debts in the pursuit of pleasure, prompting concerned letters from college master Benjamin Jowett.  The disastrous financial consequences of Rowland’s indulgence can be charted by the amazing survival of approximately 175 bills and receipts, preserved by his exasperated father, who finally settled his debts. They represent the purchase of Cashmere dressing gowns, silk scarves, Cambric shirts, lounge suits, black felt hats, kid gloves, silk umbrellas, silver headed walking sticks, tobacco, cigars, cigar cases, and ‘Frog’ headed ash trays,  photographic portraits, prints, gold watches, bracelets and pins, opera glasses, and the hire of pianofortes, boats, gigs, fancy dress costumes and boxes at the opera. Rowland dined well too, as indicated by bills for oysters, champagne and burgundy from the Mitre Hotel.   His career at Oxford did not end well, and he was dispatched to Australia, to make his fortune in the wool industry. 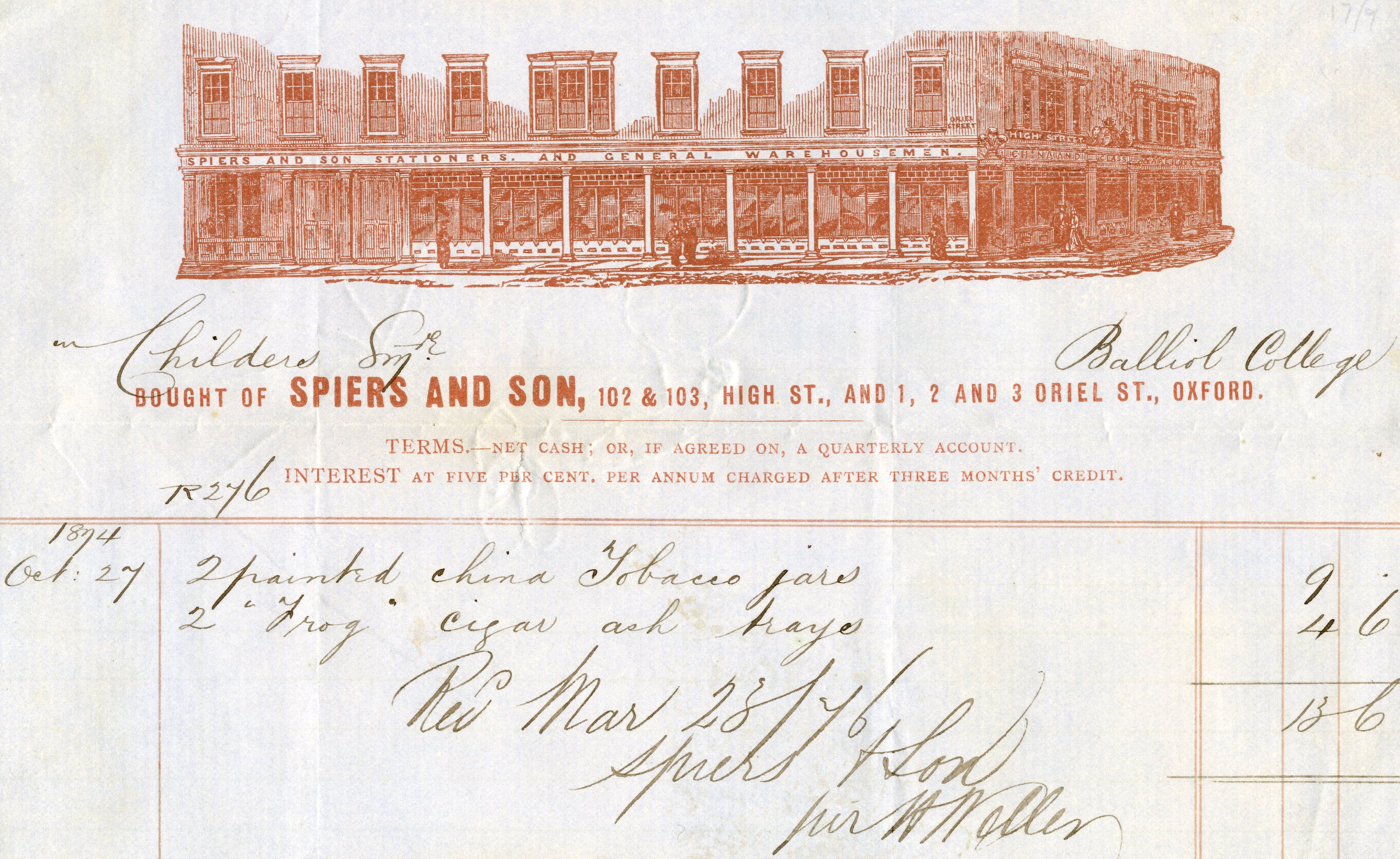 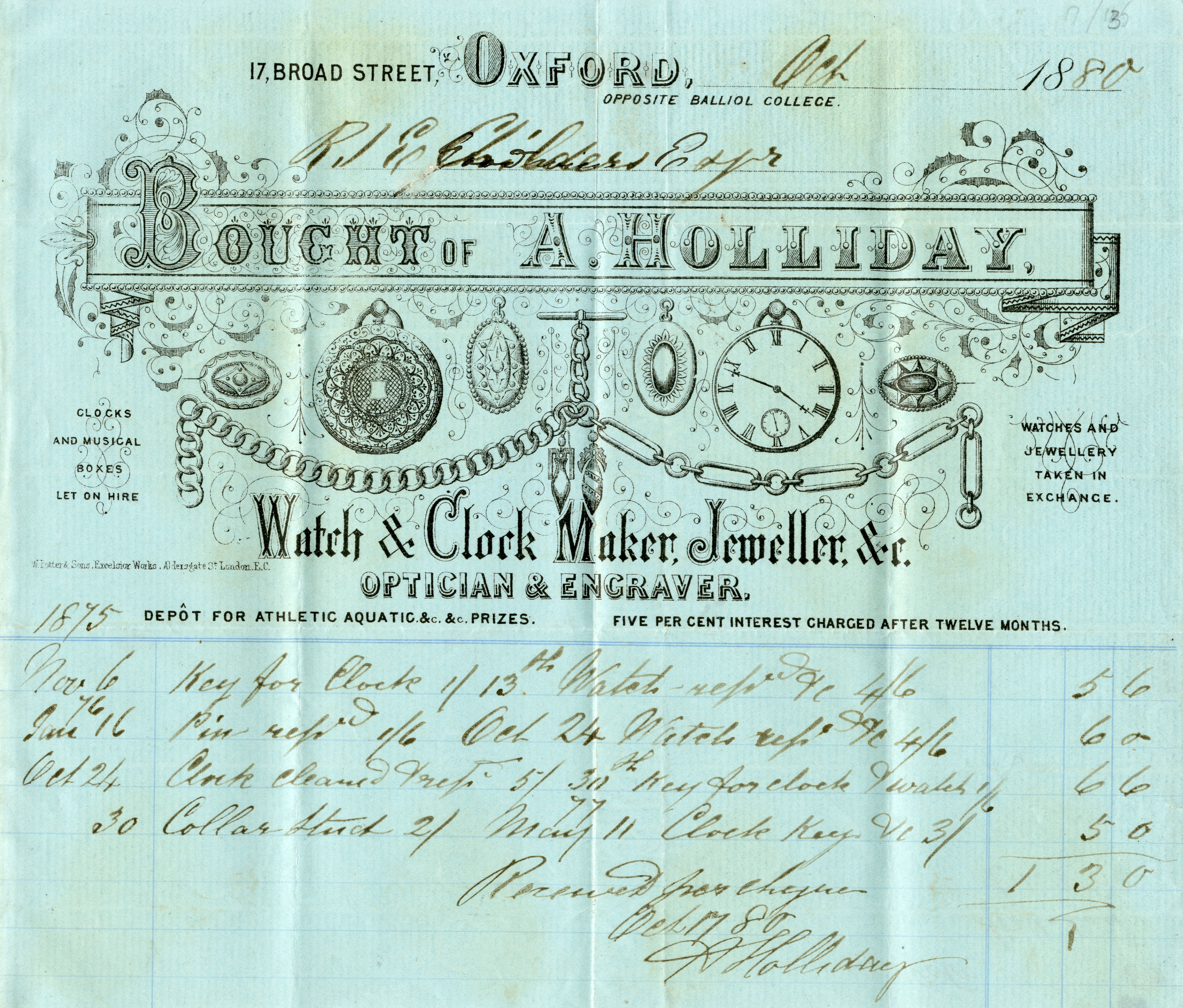 A detailed description of the Childers papers is now available on Janus: