If you’ve visited the University Library recently, you may have noticed the striking new exhibition of woven artworks in our entrance hall. What you may not realise is that they are all inspired by medieval manuscripts, including ones found in the UL’s collections.

The artist is Kate Rudy who is both a weaver and an academic art historian at the University of St Andrews. Kate’s research focuses on medieval Flemish illuminated manuscripts and how they were used; her artworks are interwoven with the ideas and, in some cases, the physical artefacts of her research. 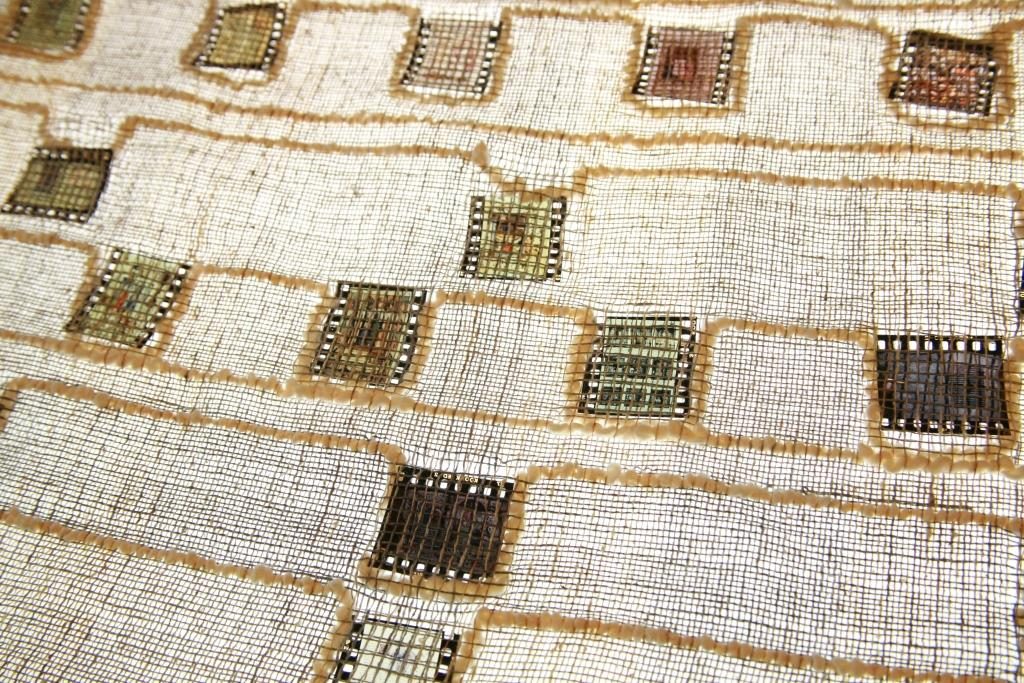 One piece, Slide, incorporates slides of medieval artworks that Kate created and used as part of her graduate research. She says,

This piece is about the inaccessibility of old technologies. Even though slides project images at much better quality, and they have a pleasing physicality, forced obsolescence has removed them from the academic ecosystem. I pine away for light tables. I put a few blank slides in the weaving. See them?

One compelling area of Kate’s research concerns the physical interactions of late medieval owners and their books. Readers would rub, touch and kiss the images and texts in their manuscripts as a sign of devotion. Kate hypothesised that the areas of manuscripts that had been handled the most would display the most dirt, smudges and signs of wear. She was able to quantify this by examining medieval manuscripts with a densitometer, a non-invasive instrument that measures the amount of light reflected back by a surface. 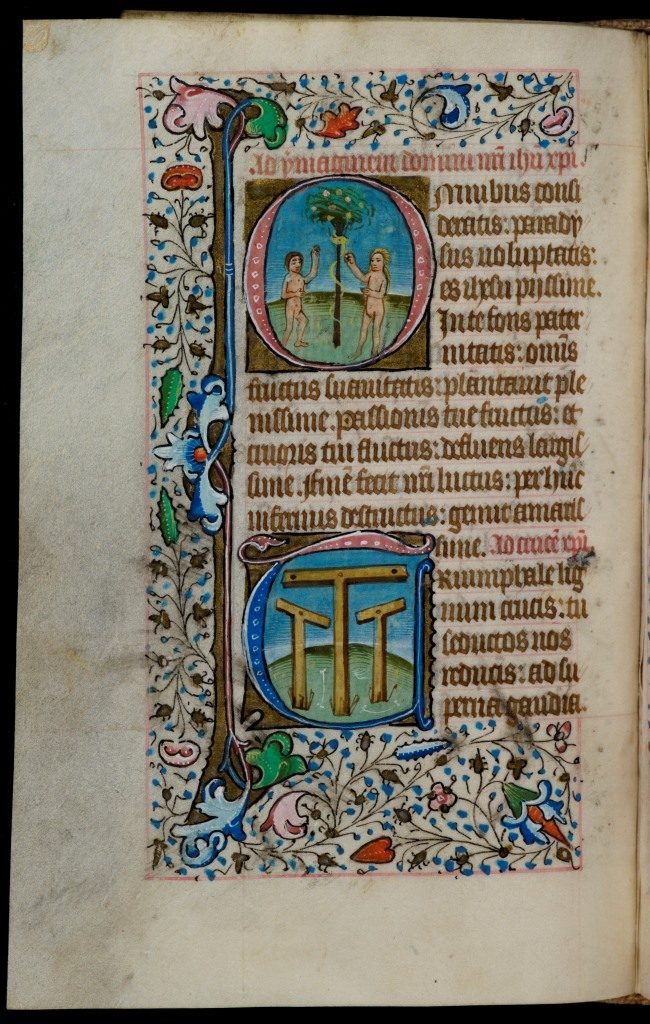 For this exhibition, Kate has created a piece, Don’t let go of my waffle, made up of a variety of materials and textures which she considers an artistic extension of her academic project:

I invite you to do exactly what you desire most to do with this sculptural tapestry: to touch it. To compare all of the different textures. To listen to the sounds the different zones make. To give it a squeeze or a sniff. You will leave traces of your enjoyment by darkening the fibre with your cumulative strokes. After it has been hanging up, being touched for a year, it will—I expect—become dirty. It should become dirtiest in the parts that people desired to handle the most. I will measure the bottom half, which has been touched, and compare it to the clean part, which is out of reach, in order to gauge your sensory experiences. 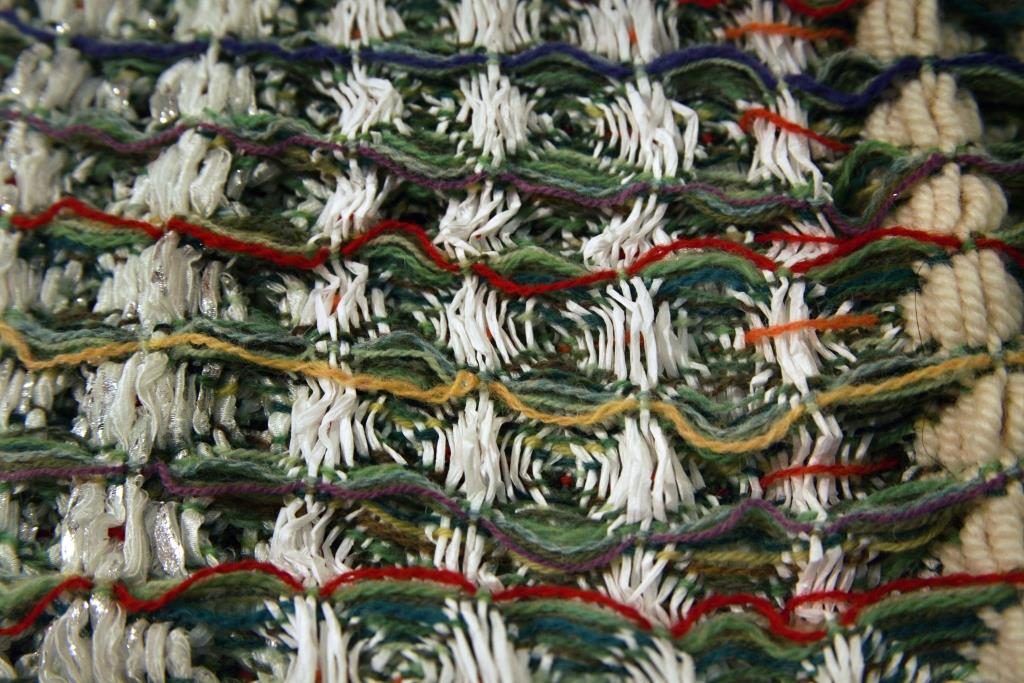 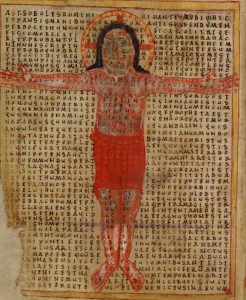 Alongside these works are others, all equally intriguing: the enormous and satisfying Writer’s Block, inspired by the colours of Dutch manuscripts, ‘a very large homage to very small objects’ (at the top of this post); the beautiful Distorted Faces; Cloths of Honour, reflecting on the draperies found in medieval miniatures; Text-Textile (the distorted grid), inspired by Rabanus Maurus’ De laudibus sanctae crucis, as found in CUL MS Gg.5.35 and Cambridge, Trinity College, MS B.16.3 and the irresistible Magical Underwear with Footnotes.

Come and see Woven Manuscripts in the UL entrance hall until 22 December 2017 and read Kate’s artist statement in full.