Posted on 24 February 2017 by Special Collections

I was able to donate the following item a little while ago: 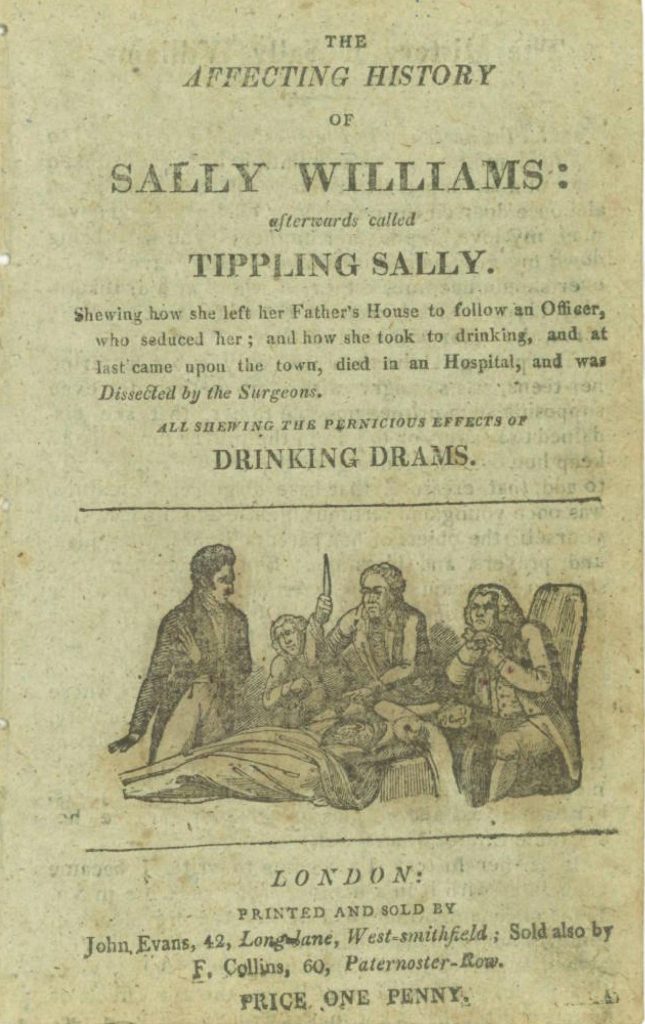 Tales of moral turpitude and its disastrous consequences were very popular in the 18th and 19th centuries. The campaign against the pernicious effects of alcohol printed many of these little pamphlets. They were printed in large numbers but were not meant to last, and so their survival is very patchy. Various editions of the above work are known (though the University Library hitherto held no copy), but this is a previously unknown edition.

As will be seen from the illustration, Sally is seduced by an officer and led further astray by the demon drink “pernicious drams” and ends up being dissected. It fits in with the Library’s extensive collection of medical books as an early warning against alcoholism.