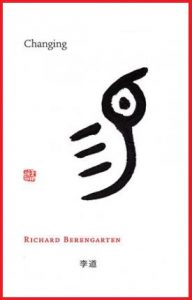 On Thursday 11 May at 5.30 p.m., in the Milstein Seminar Rooms in Cambridge University Library, the poet Richard Berengarten will give a reading and short talk to mark the launch of Changing, his latest publication from Shearsman Books. Wine and soft drinks and light refreshments will be served from 5.00 p.m.

Changing is Berengarten’s poetic homage to the I Ching, also known as the Yijing or the Chinese Book of Changes. The event will integrate a sequence of eight collaborative drawings by French artist Geneviève Guetemme, also based on the I Ching, entitled Changes – échanges. Poet and artist will both be available to answer questions about their work and their collaboration. Admission is free, with no advance booking required. 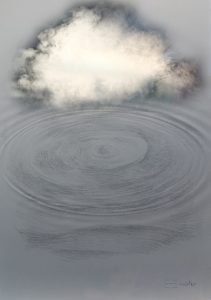 Changing is the most ambitious poem ever written outside the Chinese language in honour of the Book of Changes. It consists of 450 short poems, all linked directly to the hexagrams of the ancient text. Changing is a homage both to the I Ching and to Chinese history and culture. The poem takes direct inspiration from the Chinese classic, as well as its form and the inter-relationships of its parts. Apart from being a remarkable achievement in its own right, Changing is a living testament to the enduring and universal quality of the I Ching, which Berengarten has been exploring for more than 50 years. The book has a preface by Edward L. Shaughnessy, Professor in Early Chinese Studies at the University of Chicago. The calligraphy is by Yu Mingquan, Professor in Calligraphy at Shandong University of Art and Design. 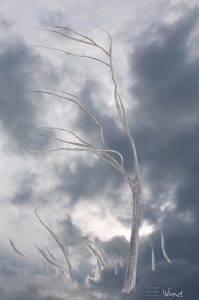 Richard J. Smith, Emeritus Professor of Chinese History, Rice University, Texas writes: ‘For more than two thousand years the Yijing has served as a stimulus to great and fertile minds, giving inspiration to poets and philosophers alike. Berengarten’s magnificent book-poem stands solidly in this tradition, providing a wealth of new and creative ways of thinking about perennial human problems.’

Two other books will be launched at this event. The first is Richard Berengarten, A Portrait in Inter-Views, edited by Paschalis Nikolaou and John Z. Dillon. It contains five extended interviews with the poet.

The second is a new and updated edition of Richard Berengarten: A Critical Companion. This book consists of thirty-four essays on Richard Berengarten’s writings by writers from a dozen countries, edited by Norman Jope, Paul. S. Derrick, and Catherine E. Byfield. The new edition contains a revised bibliography. 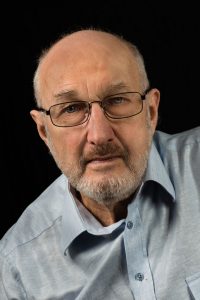 Richard Berengarten is an internationally celebrated poet who has lived in Italy, Greece, former Yugoslavia and the USA. In recent years, he has been increasingly involved in work relating to Chinese culture and history. His poetry has been translated into more than ninety languages. He is well-known locally as founder and organiser of many Cambridge-based poetry events, including the now-legendary Cambridge Poetry Festival (1975–1985), the Poets’ Meetings series at Corpus Christi College (2012–2014), and the first Xu Zhimo Poetry Festival at King’s College (2015), which he co-presented. He is a Bye-Fellow at Downing College and an Academic Associate at Pembroke. 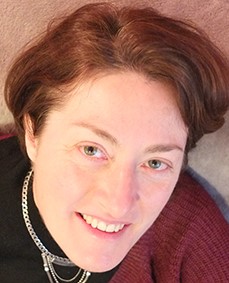 Geneviève Guetemme is an artist who has collaborated with Richard Berengarten on several previous occasions, notably for the launch of his book Notness at the University Library in 2015. She frequently works at the interfaces between drawing, photography and text, and is especially interested in combining genres and discovering new forms and combinations. She also collaborates with poets Jacques Jouet, Heather Dohollau, Béatrice Bonhomme and Stav Poleg. As a Lecturer in Contemporary Art and Education at the University of Orléans, her current research explores the relationship between photography and literature.