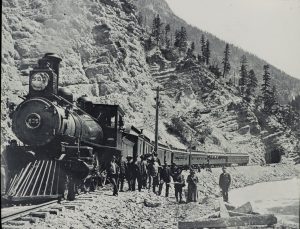 The Royal Commonwealth Society department is thrilled to publish on Cambridge Digital Library the first release of its photographic glass plates, generously funded by a donation from Cliff Webb.  We are particularly delighted with the digitisation of the plates, which very rarely have been viewed because of their fragility and difficulty of access.  They will contribute to research in a number of fields such as history, geography, mission studies, anthropology and botany.  Little is known of several of the collections, which are uncaptioned, so we hope that their digitisation will encourage viewers with specialist knowledge to assist us in identifying images and photographers. 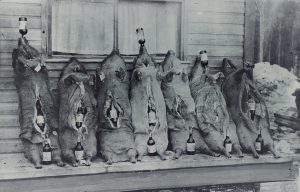 The first release embraces virtually all corners of the globe and a few of the highlights are briefly introduced below.  One of the most fascinating collections was created by The Colonial and Continental Church Society (Y3011DDD(LS), an Anglican missionary organisation formed in 1823 to educate the poor, train and support teachers, and minister to the spiritual needs of British emigrants to Newfoundland, British North America (Canada) and Australia.  Later they began to work with Canada’s First Nations.  These slides document the society’s activities during the late 19th and early 20th centuries in the pioneer communities of the Canadian North and West, and the Australian Outback.  Early farming communities, schools, mines, railways, logging, and medical services (known as Bush Church Aid) are graphically depicted. 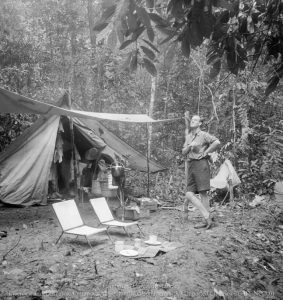 The largest collection, Y3031M, represents the life and work of the distinguished Cambridge botanist Professor John Corner (1906-1996).  Corner took up the post of Assistant Director of the Gardens Department of the Straits Settlements in 1929, and soon after embarked upon the botanical exploration of the whole Malay Peninsula, entranced by ‘the wonder of the forests, which I have since learnt were the richest botanically in the world.’  Corner harnessed the climbing powers of Berok monkeys to assist in the collection of specimens.  The RCS holds approximately 1,700 images, the great majority illustrating Corner’s travels throughout Malaysia or his work at the Botanical Gardens of Singapore.  Many images are uncaptioned or possess only basic descriptions, so we would be very grateful for help in their identification.  The collection also preserves some family scenes, including Corner’s wedding to Sheila Kavanagh in 1939.

This release contains a striking set of stereoscopic slides prepared for Sir Walter Buchanan-Smith (1879-1944), a colonial administrator who served in Africa, completing his career as Lieutenant Governor of the Southern Provinces of Nigeria from 1930 to 1935 (Y3043ZZ).  The slides, along with a contemporary stereoscopic viewer, were donated by the Revd Trevor Dorey, who had inherited them from Buchanan-Smith in 1946.  The two had met when Dorey was head chorister in Westminster Abbey’s wartime boys’ choir. Dorey recalls how a very ordinary suburban schoolboy was enthralled by Buchanan-Smith’s stories about Africa and its peoples. 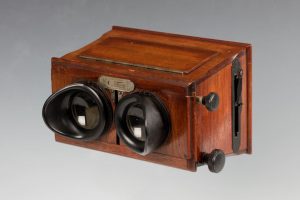 Stereoscopic vision is made possible by taking two very slightly different photographs of the same scene. The left eye views one image, the right eye the other, and the brain combines the two to create one 3D image.  By the mid-late 19th century most middle-class homes owned a hand-held stereoscope to view stereocards and a portable viewer to view glass stereoscopic slides.  Buchanan-Smith’s slides are uncaptioned, but now that they can be readily viewed, it should be possible to identify them with reference to his complementary collection of African photographic prints (Y3043U-Y).

Other collections digitised for this release include:

The project to digitise the RCS’s entire collection of glass negatives and lantern slides continues and details of the next release will be announced here.