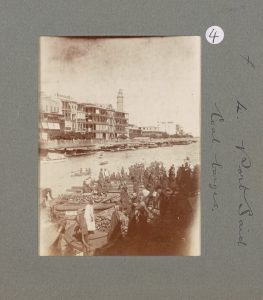 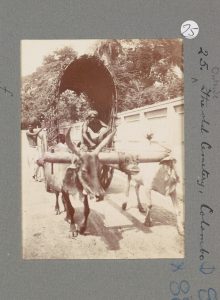 I am a PhD student at De Montfort University and last October I started my research The Legacy of Alfred Hugh Fisher and the Colonial Office Visual Instruction Committee (COVIC) here at Cambridge University Library. My dissertation focuses on the photographic collection of the British artist Alfred Hugh Fisher which is part of the Royal Commonwealth Society (RCS) Library Collection. 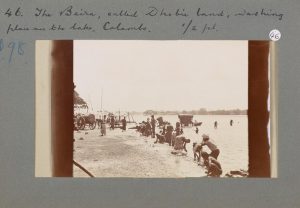 In 1902 the Colonial Office was charged with creating a visual record of the British Empire. The COVIC produced sets of lantern slides which were to be presented as a series of geography lessons to school children. The project’s cultural exchange aims were twofold: British schools would receive images of the colonies, while colonial school children would receive and see slides from the Mother Country. In 1907 the Committee hired Alfred Hugh Fisher, an artist and newspaper illustrator, for a duration of three years. He was given the responsibility of creating a visual description of Britain’s overseas territories. 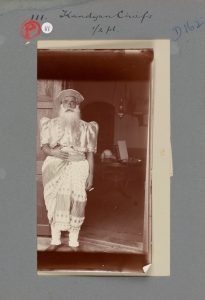 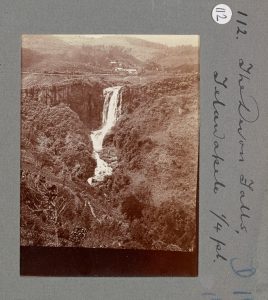 The Fisher photograph collection consists of 29 albums of photographs taken by him, as well as a series of photographs he purchased from places he was not able to visit. Moreover, the archive contains Fisher’s oil paintings, notes, letters and text books.

One of the albums has been digitized (Fisher 1) and it can be seen on the Cambridge Digital Library. The photographs shown on this page are from the first volume of the collection which contains images of his initial journey, when he visited Ceylon from October to December 1907. All the albums were already tailored for holding four pictures in each page and the images have original captions providing the location.