Posted on 13 December 2011 by Special Collections 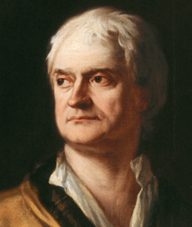 Newton portrait (detail) reproduced with the kind permission of the Master and Fellows, Trinity College, Cambridge

Important manuscripts by Isaac Newton are released as the first collection of the new Cambridge Digital Library.

Isaac Newton’s own annotated copy of his Principia Mathematica is among his notebooks and manuscripts being made available online by Cambridge University Library.

The Library holds the world’s largest and most significant collection of the scientific works of Isaac Newton (1642–1727), described by many as the greatest and most influential scientist who ever lived. His works will launch the new Cambridge Digital Library (http://cudl.lib.cam.ac.uk/).

The project aims to make Cambridge a digital library for the world and will move on from Newton to some of the University Library’s other world-class collections in the realms of science and faith. These include the archive of the celebrated Board of Longitude and the papers of Charles Darwin.

Read the full story at http://www.cam.ac.uk/research/news/cambridge-gives-newton-papers-to-the-world/