Posted on 14 May 2018 by Special Collections 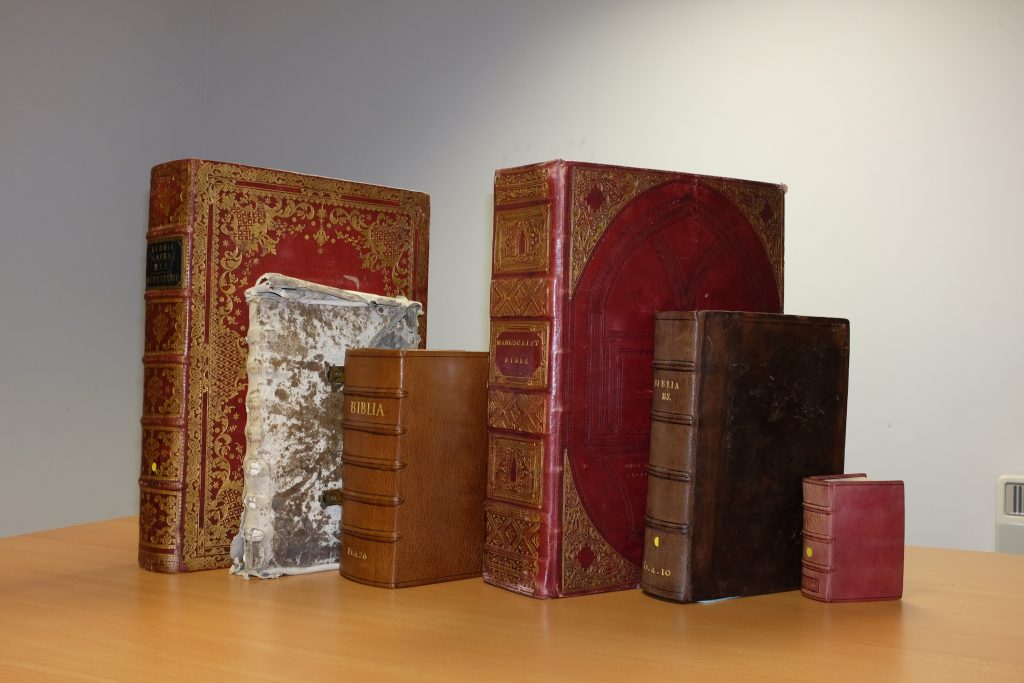 From the rise of mass-produced Vulgates in the thirteenth century to the proliferation of innovative vernacular prints in the sixteenth, five lectures will chart the history of the Bible in England across print and reform. Manuscript and early printed bibles from the collections of Cambridge University Library will support a new history of the Bible in England, one which blurs the boundaries between reform and conservatism, and between the Church and heresy. Among their pages we will encounter a hidden portrait of Jane Seymour, the marks of scholars, children and crooks, and the discovery of America.

Each lecture will be accompanied by a display of manuscripts and books from the Library’s collections and will be followed by a discussion led by a respondent.

22 May — The Late Medieval Bible: Beyond Innovation

29 May — Wycliffite Bibles and the Limits of Orthodoxy

12 June — The Great Bible as a Useless Book

19 June — The Bibles of Edward VI and Beyond: Moving Fast Forward

Each lecture will take place at 5:30pm in the Milstein Room at Cambridge University Library. Lectures are free and open to everyone.