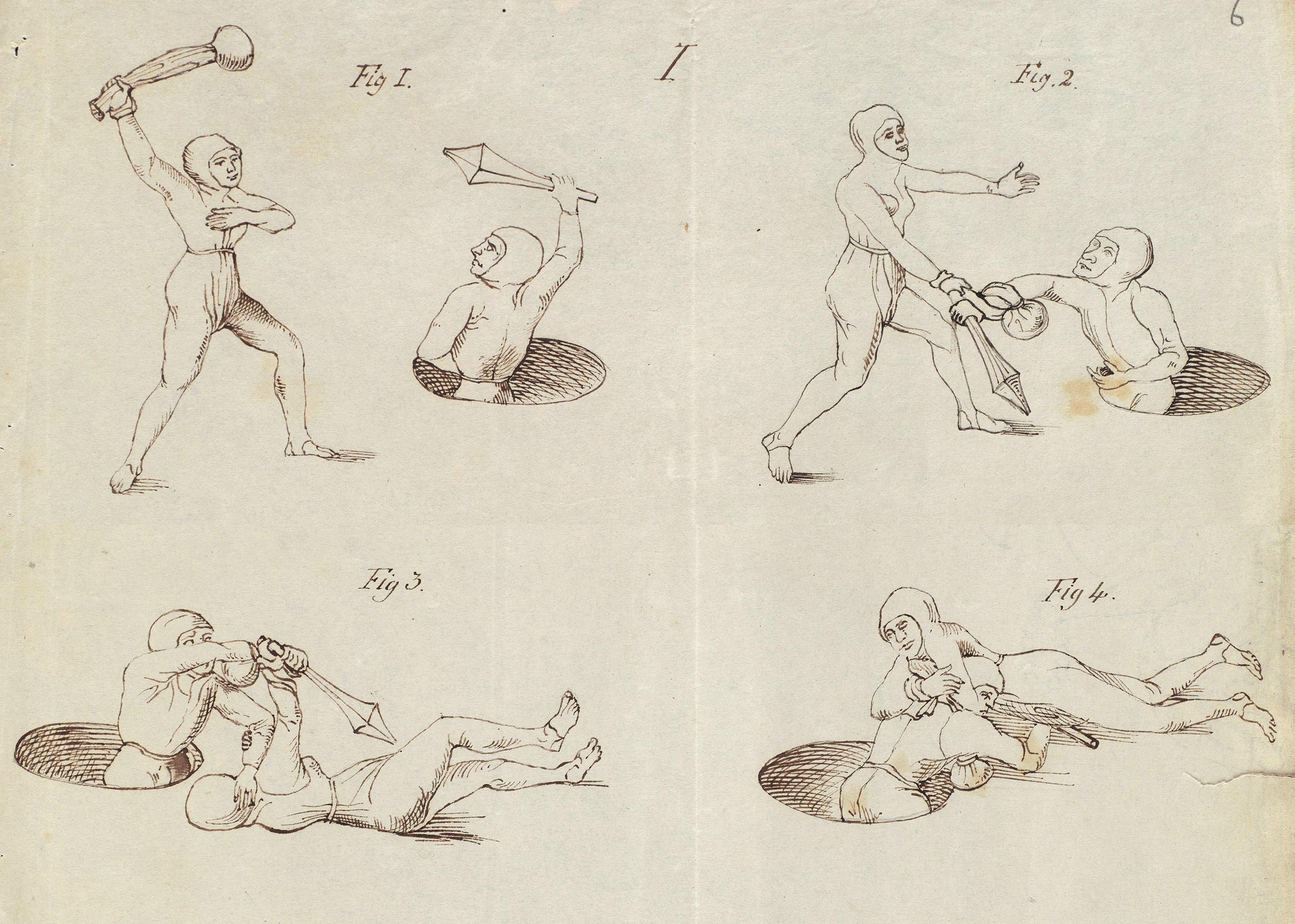 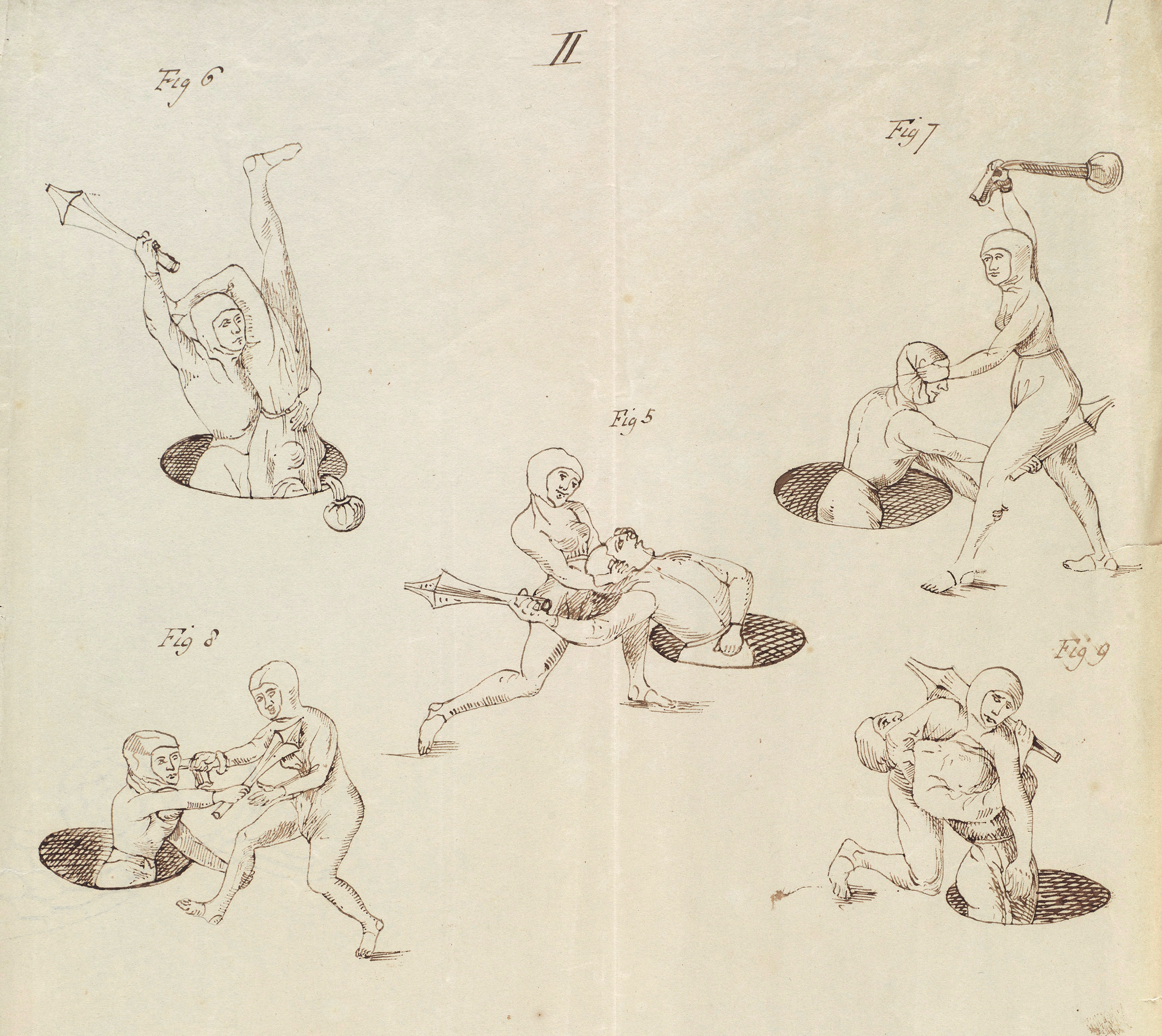 These drawings were made by John Stanford in 1841 while on a research trip to the libraries of Germany.  They are copies taken from a fifteenth century manuscript written by Hans Talhofer describing various forms of combat.  The pictures represent different stages of judicial combat between husband and wife.  Judicial combat was a method of Germanic law which was sanctioned in the Holy Roman Empire to settle disputes where there was no overwhelming evidence on one side or the other.  The man was allowed to use a formidable club called a streit-kolbe, while the woman could furnish herself with a heavy stone tied up in the end of a cloth. In order to make the fight fairer the man stood in a hole of about a metre in diameter up to his waist. The man’s object was to drag the woman into the hole while she had to force him out.  Either of these results ended the contest.  Talhofer’s drawings provide hints and tips for both male and female combatants in the contest.

In the early medieval period if both parties survived the ordeal then the loser would be put to death, though this ruling was apparently relaxed in later times.  Being whacked over the head with a large rock or battered with a club was perhaps deemed punishment enough.

The drawings are available to view in the Manuscripts Reading Room, classmark MS Add. 6573.1.