On a Roll: A New Acquisition

Posted on 28 September 2018 by James Freeman

Cambridge University Library is delighted to announce the acquisition of a late 13th-century rental roll originally made for the Augustinian priory of Holy Trinity, Ipswich.  The roll was purchased using funds from an endowment bequeathed to the Library by Dr Dorothea Oschinsky.

Last noticed in 1847, when its contents were transcribed and printed for private distribution, the Ipswich rental roll has now been secured for future scholarship by Cambridge University Library; a high-resolution digital facsimile and a full description have now been published on the Cambridge Digital Library.  A full and fresh transcription is forthcoming.  Thanks to the skill of Amélie Deblauwe, Senior Digitisation Technician, some text that had previously been obscured by stitching, and which was not included in the 1847 transcription, has now also been brought to light. 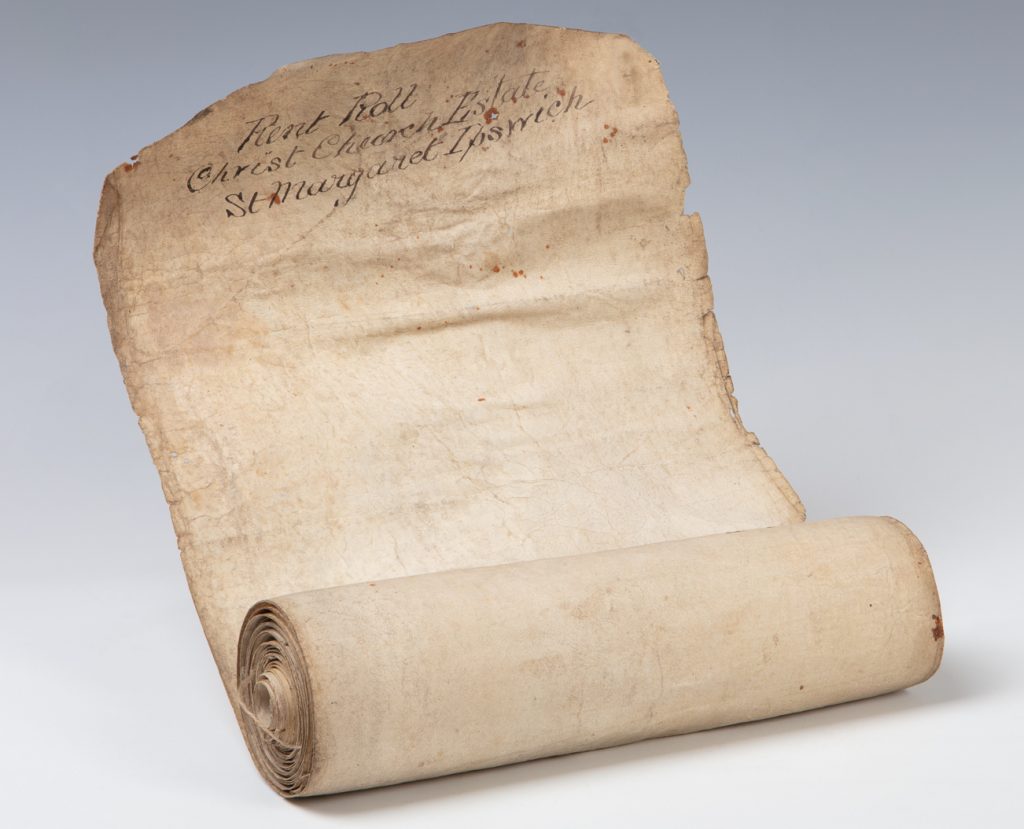 The roll documents the rents that were owed to the priory by tenants of the property that it owned within Ipswich itself and in villages in the surrounding countryside.  Places mentioned in the roll include the parishes of St Margaret, St Mary-le-Tower, St Clement and St Lawrence within Ipswich, as well as Claydon, Rushmere, Culpho, Bramford, Monewden, Helmingham, Kirton, Shotley, Stutton and Chattisham, among others. 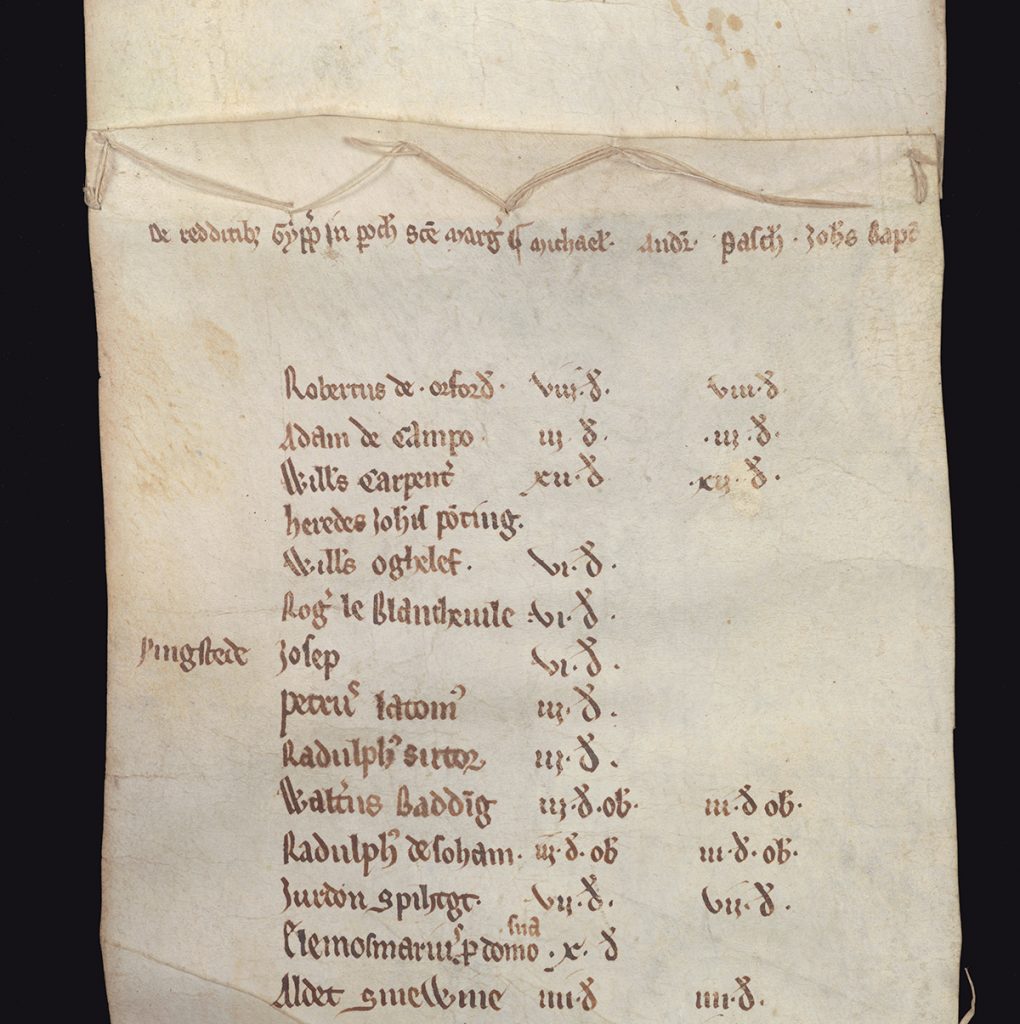 The roll is made from seven and a half sheets of parchment (known as ‘membranes’) and measures over four metres in length when fully unrolled.  For a working document of accounts, it has survived in extremely good condition; aside from a few minor stains and smudges, it has sustained almost no damage during its lifetime.  The stitching that holds the membranes together appears to be original and is intact.

Further information about the roll – its likely date of production, its contents and its provenance –and a video of the digitisation process are now available on the Cambridge Digital Library.