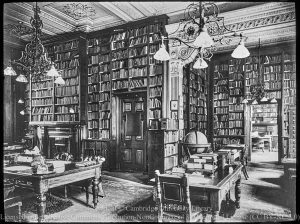 This year the Royal Commonwealth Society collection at Cambridge University Library is celebrating two very significant anniversaries: 150 years since the society’s formation in 1868 and 25 years since the University acquired its library in 1993.  The RCS was initially established as the Colonial Society to promote knowledge and appreciation of Britain’s overseas territories.  From the beginning, it was conceived of as an intellectual endeavour where papers would be presented at meetings and published in the society’s journals, and the creation of a research library was at the heart of the project. 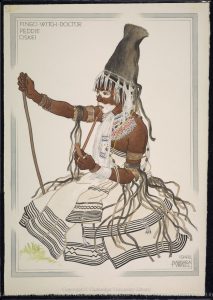 Over the years the library has developed into one of the world’s great resources for the study of the more than 50 nations which form the modern Commonwealth, containing more than 350,000 printed items, 900 archival collections, 150,000 photographs, and significant collections of artwork and artefacts.  The wealth and diversity of the collection has justly won it the nickname within Cambridge as ‘a library within a library.’ 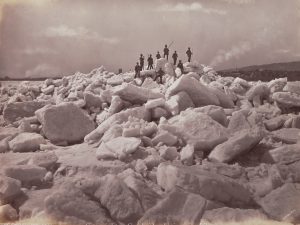 Since the arrival of the collection in Cambridge, great efforts have been made to maintain and expand the society’s original intellectual vision, integrating it into the University’s teaching and making it accessible to students, scholars and the general public from across the world.  The RCS department’s many projects to research, catalogue, digitise, exhibit, promote and teach from this rich and diverse collection are too numerous to mention here, but they have been reported in previous blogs and on our home pages. 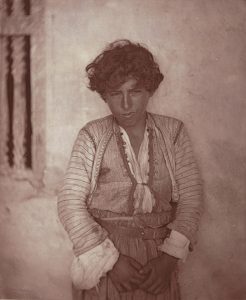 During the last year alone, departmental staff assisted more than 1700 researchers wishing to consult the collections, a figure which emphasises its enduring significance.  We have many exciting initiatives planned for the future too.  On 28 October for example, we will be hosting an exhibition to highlight our collections relating to the Arctic and Antarctic as part of the University’s annual Festival of Ideas. 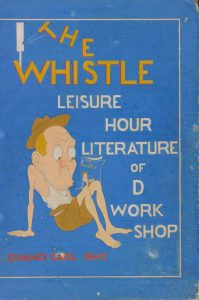 The RCS collection is celebrating these two important milestones with a virtual exhibition on Cambridge Digital Library presenting more than 100 of its most stunning pieces of artwork and photographs.  Nothing could provide a fuller introduction to the depth and breadth of the collection: the traditional dress of southern Africa, Cyprus and the Maori; ports, railways, industry, agriculture, arts and crafts from Canada, India and Pakistan; Australian birds and Jamaican ants; schoolchildren in Malta and architecture in Mauritius; gold weights from Ghana and a panorama from Sierra Leone; ships from Saint Helena and the Falkland Islands; the Commonwealth at war and a unique journal from a WW2 prisoner of war camp in Singapore. All these subjects and more appear in the exhibition. Please also have a look at our other digital collections, which include the archives of Second World War civilian internment camps. The virtual exhibition goes live today and we are delighted to welcome visitors to the Library from the RCS’s international branches to celebrate with us.