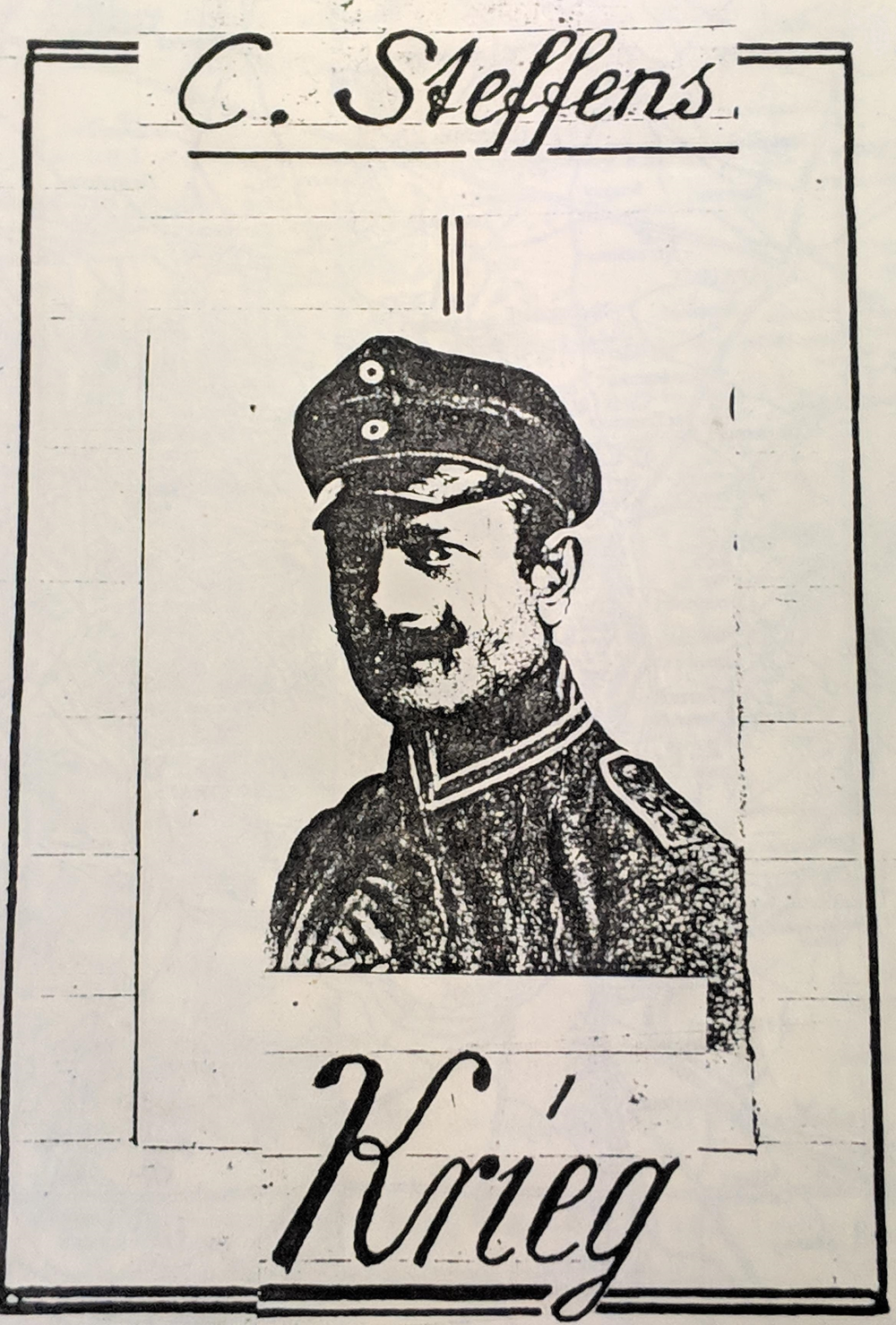 If the issue of the ‘glorification’ of war has been pressing close to mind recently, it may be worth visiting the Manuscripts Reading Room to consult the diary of one C. Steffens, a Prussian infantryman during the First World War, who left camp in Döberitz on the 3rd of October 1915 and was sent by train to the Western Front. By this point in the war, both sides had made their first tentative steps into chemical warfare, the Fokker E1 was changing the face of aerial warfare, and Field Marshal Sir John French was about to be replaced by General Douglas Haig.

After capturing French documents on a new defensive style the Imperial German Army developed the ‘defence in depth’ doctrine and began shipping in troops and equipment to fill in up to 8 kilometres of defensive positions behind the front line.

Into this escalating bloody scenario came Steffens and his compatriots. Attached to the 62nd Infantry Regiment perhaps they dreamed of glorious battle and heroics.  It was not to be, at least not at the start of this diary.  Steffens and his comrades settle into their billets and start the grinding work of building and reinforcing their positions, often in freezing cold or drenching rain. Field exercises keep the men prepared for any attacks, and they complement the rations sent from Germany with fruit picking. All this human activity does not go unnoticed by nature, of course. ‘There is no shortage of rats’ he states on October 7th. ‘The proof of which is my piece of bread, which has been almost completely gnawed away’

His routine consists mainly of parades, work details and trench digging, which takes up most of the days. The weather is cold and wet. Mud is a prominent feature of life.

8.12.1915 – The trenches are looking gruesome, the men don’t know where to begin. The endless rains have flooded the trenches and drowned everything in mud.

Amidst the air raids and bombardments there was time for more normal activities. He attends church services, although the churches have to be scouted out for usability first, and prepares for Christmas. Many of the soldiers are given leave to go into nearby towns but, as he states, ‘apart from coffee nothing is to be had in this town’.

24.12.1915 – Christmas party with distribution of presents. I got an electric torch and 3 marks from the mess fund.

Of course, nobody is immune to simple absent-mindedness. 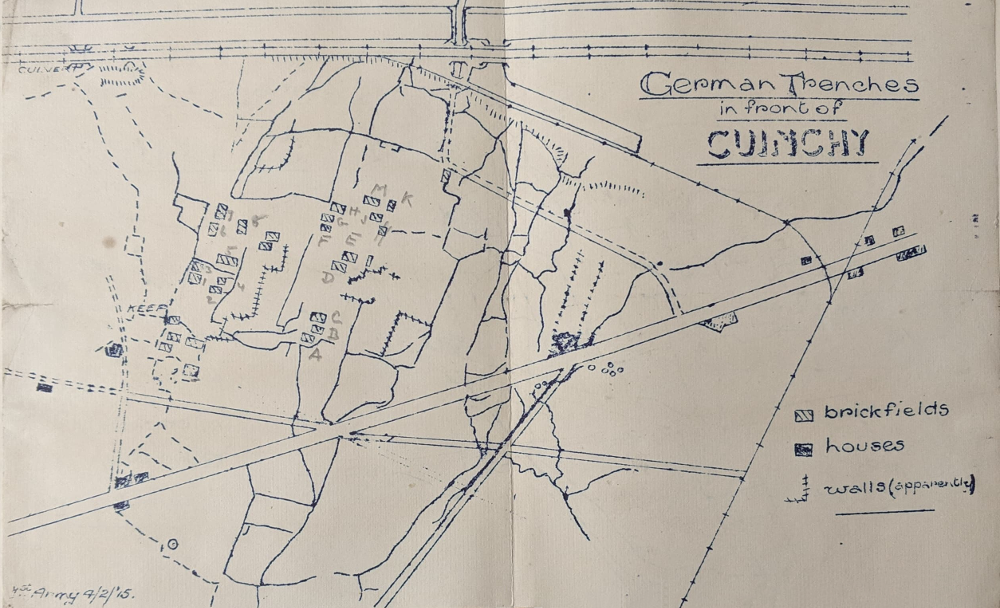 It seems Steffens, like most of the men on the front, missed the finer things of his home life. The Cologne Carnival and good German beer, a far cry from his life in France where baths and fresh underwear come so infrequently that they merit whole diary entries.

As the diary progresses the war becomes, for Steffens, more brutal. Entente offensives press the German lines and they push back.

17.12.1916 – Practically the entire trench was blown up. Two men from the 1/62 were killed. At 11 o’clock our dug-out received two direct hits – that was bad. To be driven out in the middle of the night into this hell…

19.4.1916 – Those responsible for all this, who, safely at home, insist that the food we get out here is good and plentiful, deserve to be hanged.

Between May 31th and June 10th 1916 Steffens is injured. His narrative picks up again at a field hospital in Westphalia where he is treated for injuries to his heart. Verdict: No exertion under any circumstances. This is where this copy of the diary ends.  Subsequent enquiries as to his fate have as yet been unsuccessful as most of the army records were destroyed in an air raid on Potsdam in 1945.

Steffens’ diary is a snapshot of life in the First World War: mostly about day to day activities, occasionally tragic, and sometimes with a sharp sense of gallows humour.  In reading this short diary excerpt you gain an intimate view into life on the ground for a soldier in the war. It shows that the life of a German infantryman could be as terrifying, joyful, boring and painful as any soldier and even, at least from Steffens’ viewpoint, that they wanted nothing more than to go home.

14.5.1916 – This Sunday, too, was not to pass without sacrifices. Seidel, a man from my gun crew, is killed at half past eleven by an artillery hit. A good and dear friend.

This translated copy can be consulted, as stated before, in the Manuscripts Reading Room by ordering MS Add.10280/2/11.  For a view of life from the British trenches, we also hold a five volume collection of diaries and letters of Captain Edward D. Ridley of the Grenadier Guards.  These have a reference of MS Add.7065-7070.  The trench map and the header photograph are taken from this collection.  A blog post featuring these papers will be published shortly.

(Rain is good for the farmer, but it covers our hill in puddles)