“We had a lovely time of it and did good work” – Captain E. D. Ridley and the Battle of Loos 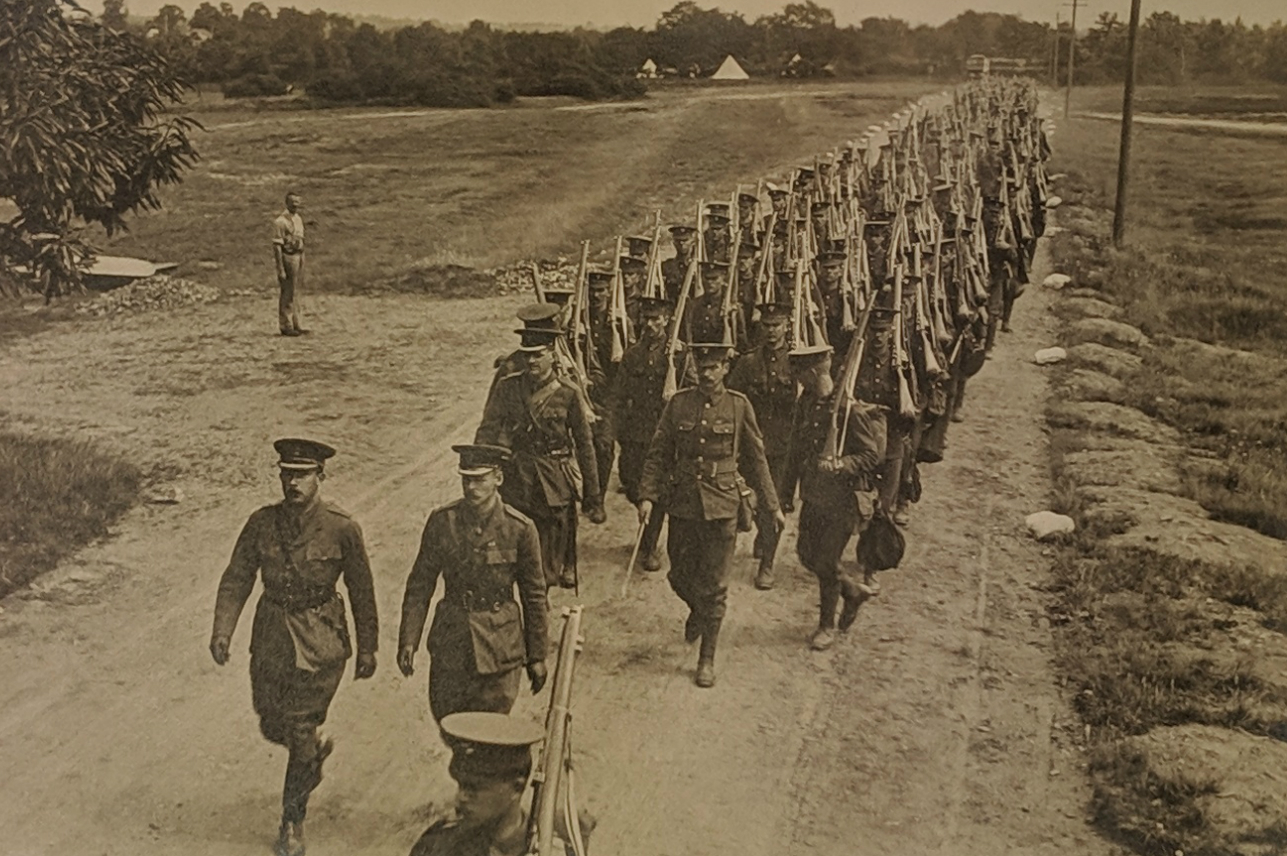 26.9.15 – Dear Mother, The great battle began yesterday and we are now full of wild rumours.

On the 25th of September 1915 the Loos-Artois offensive began as an attempt by the British and French armies to break through the German defences and force a withdrawal from the Noyon salient. It would mark the first time that Kitchener’s’ ‘New Army’ engaged en masse and the first time that the British would attempt the use of poison gas against the enemy.

Edward Devonport Ridley, Captain in the 4th Battalion Grenadier Guards, is writing home to his mother on the day after the engagement begins. The 3rd Brigade, of which he is a part, is moving up to Vermelles. His troubles at this point are a hornet’s nest near his bivouac and a surplus of equipment being sent from home. “Please” he writes “no more periscopes”.

September 27th 1915 – The soldiers of the Grenadier Guards, camped at Vermelles, are handed orders

The C.O. tells all ranks that the battalion will probably have to take Hill 70 to-night.  Remember you are Grenadiers and that if the attack is ordered the German Redoubt is to be taken and held at all costs.

What happens next is, by most historical accounts, one of the bloodiest battles of the war and a substantial defeat for British forces. Prior to the British attack, 140000 kilograms of chlorine gas was released into the area with mixed success. In many places it was blown back over the British lines and the troops, equipped as they were with substandard or unusable gas masks, were subjected to not only ferocious enemy fire but the terrible effects of chlorine poisoning.

The British press, however, sends a different message. Interspersed with the letters and diaries are newspaper articles that show the view of the war that the British public was receiving. The contrast between these and the grim reality shows how much value was placed on propaganda in keeping the war effort going.

In a Letters from the Front section from October 14th 1915 a journalist describes “The Grandest Scene” as the Guards advance over three quarters of a mile of open ground through “Hell’s own shell fire” to provide the British Army with a glorious and miraculously casualty light victory.

Sir Frederick Ponsonby, in his history of the Grenadier Guards during the First World War (RCS Case.c.378-380), states that “the enemy’s machine guns were cleverly placed and most effective”. For a soldier on the ground, the sentiment may have been more extreme, as Ridley himself describes “The worst shell fire I have ever had in the open; it was followed by passing through a shattered town full of gas and under the devil of a fire”.

“Our losses I can’t tell (…) But compared with what we killed, and how much we captured, they are small.”

02.10.15 – I consider that the English offensive has failed, with terrible loss to us and practically none to the enemy. Sunday last was a debacle. Don’t publish this.

British casualties in the main attack were 48,367 men. Subsidiary attacks cost 10,880 more. In the 4th Battalion 11 officers and 342 men were marked as casualties in one day of fighting and many more walked away with minor injuries.

28.9.15 – We had an awful time. We have lost half the men and 2/3rds of the officers engaged.  If the Bosch had been ready for us, we should have been annihilated.

Captain Edward Devonport Ridley survived the Battle of Loos and all the other brutal engagements that the 4th Battalion Grenadier Guards fought in the First World War and his diaries and letters home from August 1914 to June 1918, along with various additional items, provide one man’s detailed and honest insight into the ‘War To End All Wars’.

The collected diaries and letters of E. D. Ridley are held in the Manuscripts Reading Room as MS Add 7065-7070.