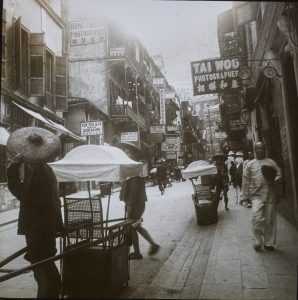 The Royal Commonwealth Society department is delighted to announce its third release of approximately 700 photographic glass plates and lantern slides on Cambridge Digital Library.  We warmly thank Cliff Webb, whose generosity has allowed us to share these incredible images with Cambridge and the wider world.  This launch features three major collections, through which we tour early twentieth-century Oceania, South Asia, the Far East and Africa in the company of a world traveller, an engineer and his wife, and a group of British schoolboys embarked upon an Empire Tour. 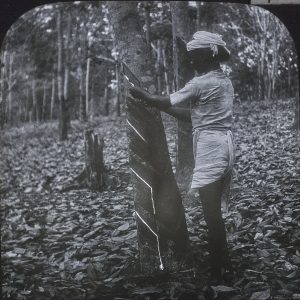 The largest and most diverse collection,  Y3011B(LS), presents something of a mystery, since its creator is unknown, few of the slides are dated and they do not appear to have been numbered in chronological order.  Several of the captions bear the initials WD, who may be the photographer or a companion, and the dates range from about 1909 to sometime after the First World War.  At any event, the slides are a remarkable record of an individual’s travel, beginning with some sea-sickening images of gales in the ‘roaring forties’ en route by ship to Australia.  WD may have been a planter, since a number of slides document farms and agricultural shows in Australia, the development of plantations in Indonesia, and tea and rubber estates in Sri Lanka.  WD spent considerable time in Hong Kong, China and Japan too.  The collection embraces a fascinating range of historically important and unusual subjects, ranging from landscapes and streets scenes to shipwrecks and Buddhist temples. 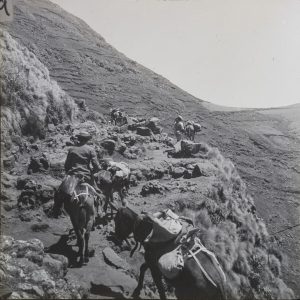 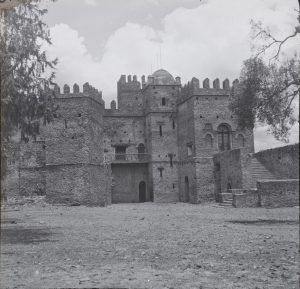 Our next collection RCMS120_2 is the work of the military engineer Henry Eric Hebbert (1893-1980), who after service in the First World War, spent time in Cambridge running a training programme for Sapper Officers, and took an honours degree in Engineering at Gonville and Caius College.  In 1924 he took up a position with the Sudan Public Works Department, first in Khartoum, and then at Port Sudan, in charge of the Red Sea Province, which extended from the Egyptian border to the Eritrean frontier.  He then became Director of the Post and Telegraph Department, giving him responsibility for the whole of Sudan.  Hebbert married Anne Mathews in 1933 and the couple were intrepid travellers, as illustrated by their photographs reflecting the beautiful but harsh topography of the region.  In addition to hills, mountains and deserts, there are also many evocative images of religious and archaeological sites such as Axum and the palaces of the Ethiopian emperors. 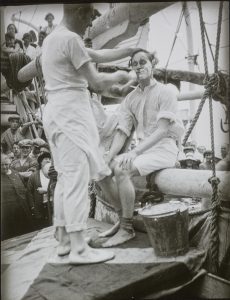 The third set of slides Y03089S documents the Public Schools Empire Tour of 1929, a scheme established four years earlier to promote interest and knowledge of Britain’s overseas territories in the young.  Its Chairman Dr Monty Rendall declared, ‘no amount of books or lectures will have half the effect of a voyage across the water. For the young, certainly, seeing is believing. Personal contact is worth a ton of text-books.’  Participants nevertheless were encouraged to read about the history and geography of the places visited and prizes were awarded for essays and photographs they submitted.  PSET most frequently sent students to Canada, Australia, New Zealand, South Africa and India. 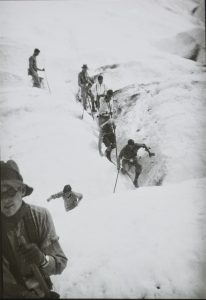 Much of the organizational work was taken on by Margaret Best, who was honorary secretary to the first experimental tour and continued working for the scheme until its demise during World War II.  Both Rendall and Best were long-time members of the RCS and the collection holds additional photographs (Y3011FFF) and archives (ARCS 12/9) of the tours, although most of the material was destroyed during the bombing raids of 1941.  The 1929 tour featured here, consisted of a party of 45 youths who travelled to New Zealand via the Panama Canal and the Pitcairn Islands, arriving at Auckland on 11 February. A month and a half was spent in various parts of New Zealand before leaving for home on 28 March. The return journey, via Suez, was broken for a brief stay in Sydney.