The Department of Archives and Modern Manuscripts have completed a box list of a recent addition to the papers of Peter Scott, the artist, conservationist and broadcaster.  Scott was born in 1909, the son of the famous Antarctic explorer, Captain Robert Falcon Scott. He was two years old when his father died with his companions on their return journey from the South Pole in 1912.  After studying art and botany at Cambridge he took up painting full time, making a great success of his illustrations of birds, and especially wildfowl.  After distinguished service in the Navy in the Second World War, Scott founded the Severn Wildfowl Trust (now the Wildfowl and Wetlands Trust) at Slimbridge as a centre for science and conservation.  He went on to co-found the World Wildlife Fund in 1961 and over the next few years established himself as a prominent advocate for the cause of world conservation.  He also became a well-known broadcaster and was instrumental in the development of the BBC’s Natural History Unit.

The original collection of Scott’s papers includes biographical materials, items covering Scott’s involvement in nature conservation, travel documents, drafts of publications, speeches and lectures and writings for radio and television.  There is also a large amount of Scott’s correspondence on a wide variety of topics.

The additional material mainly concerns his private life.  It includes many photographs and drawings documenting Scott’s life and sheds further light on his diverse interests.  The photographs include many with family and friends (including probably the only one ever taken of Scott with his father), while there are some of Scott’s early sketches which show the development of his artistic skills.  There are also photos of him in his artist’s studio and also at East Lighthouse in Suffolk, which he rented during the 1930s in order to paint and collect wildfowl.  The new addition to the collection also includes a good number of photographs and papers relating to Scott’s love of gliding and his passion for sailing, including material relating to the Yacht Racing Association, of which he held the Presidency, and the 1964 America’s Cup challenge.  Alongside the material concerning his private life there are also further photographs and papers concerning Scott’s distinguished role in the field of conservation.  These document public ceremonies and events, and also portray trips and visits he made in a more personal capacity to many different parts of the world promoting the cause of conservation.

Also included in this latter donation are the travel diaries and photographs of Scott’s wife, Philippa, who gave Scott’s papers to the Library.  Philippa was a constant source of support for her husband, accompanying him on his many travels, and was also active in the Wildfowl and Wetlands Trust.  Her papers provide further insight into her husband’s naturalist work and his commitment to wildlife, which went far beyond his father’s wish to “interest the boy in nature”. His legacy, 30 years after his death, is intact and more relevant than ever.

The Scott papers are available for consultation in the Manuscripts Reading Room.  Please contact the Department of Archives and Modern Manuscripts for further information via email at mss@lib.cam.ac.uk 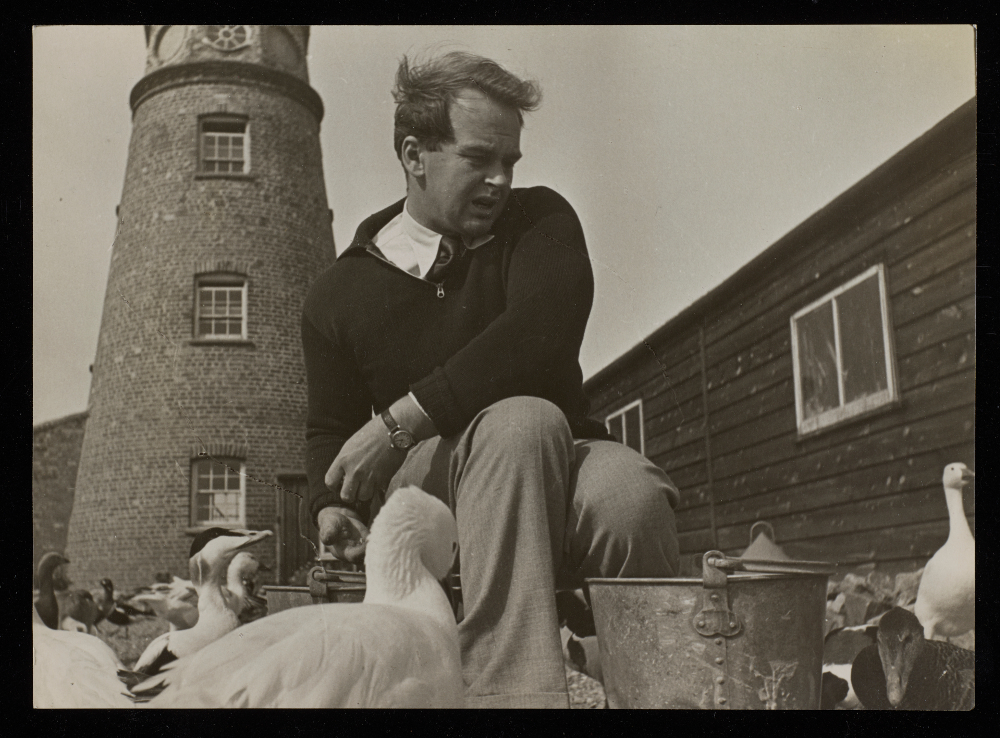