Care in the handling of books

A reminder of good practice by Henry Creswick (University Librarian 1949-67), courtesy of the University Archives: 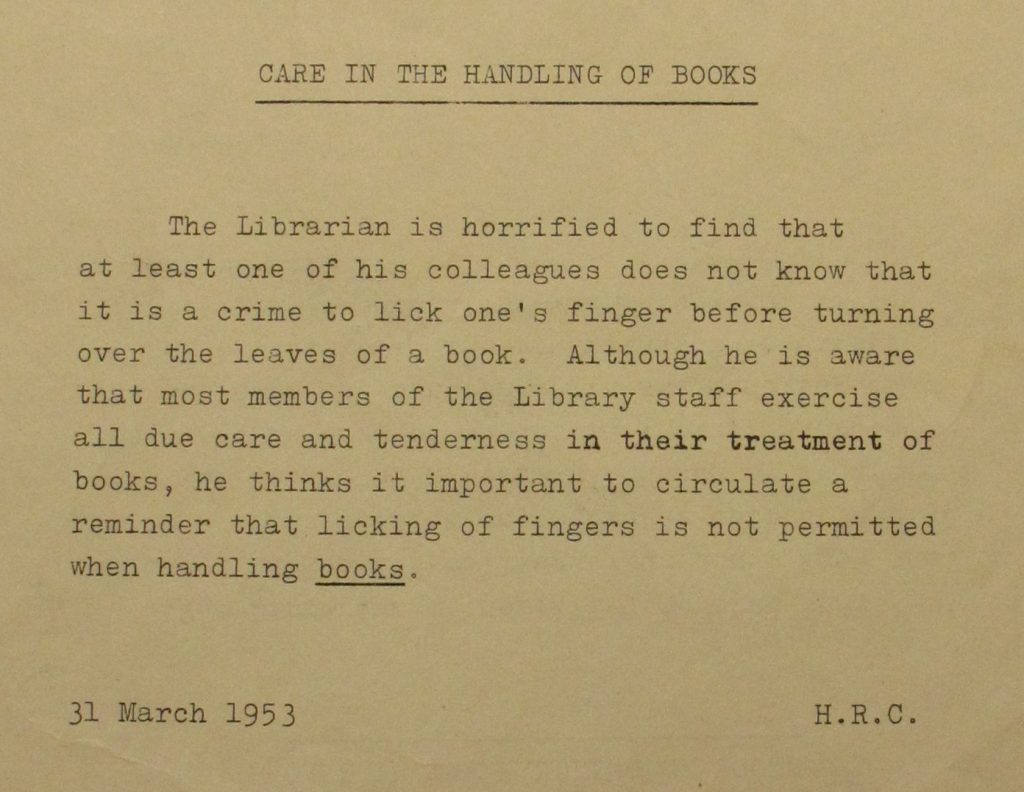 Though much has changed since those times, the licking of fingers for the purpose of turning pages is still severely discouraged – whether those pages are modern or medieval!  Any reader experiencing difficulties in leafing through a book should make this known to a member of staff who, fingers unlicked, will be happy to assist.  Those who persist in this “crime” (as Creswick would have it) might wish to consider the recent findings of the BioArCh team based at the Universities of York and Copenhagen.  Non-invasive sampling of the surface of some manuscript leaves has revealed traces of things one would certainly not wish to bring into contact with one’s mouth.

This document is one of a bundle of “assorted memoranda addressed to staff”, issued by the Librarian or his office between 1924 and 1953, and now preserved in the University Archives under ULIB 6/2.  These notices thus span almost the entire Librarianship of A.F. Scholfield (1923-49) as well as a few years of his successor’s term in office, and the Library’s transition from its historic location in what is now the Old Schools to its present home in the building designed by Giles Gilbert Scott.

To those of us numbed by the constant barrage of e-mail, such typewritten announcements seem to bear witness to a gentler, less hurried age – but their steeliness of tone should disabuse us of any such romanticism!  Alongside many communiqués concerning such quotidian matters as booking leave, late duty rotas, procedures in the event of a fire or air raid warning signal, stamping or rebinding of books, printing in the Library, alterations to the catalogue, and so on, sternly worded injunctions against various acts of malfeasance occasionally emanated from the Librarian’s desk.  For example…

…on tea-breaks of immoderate length: 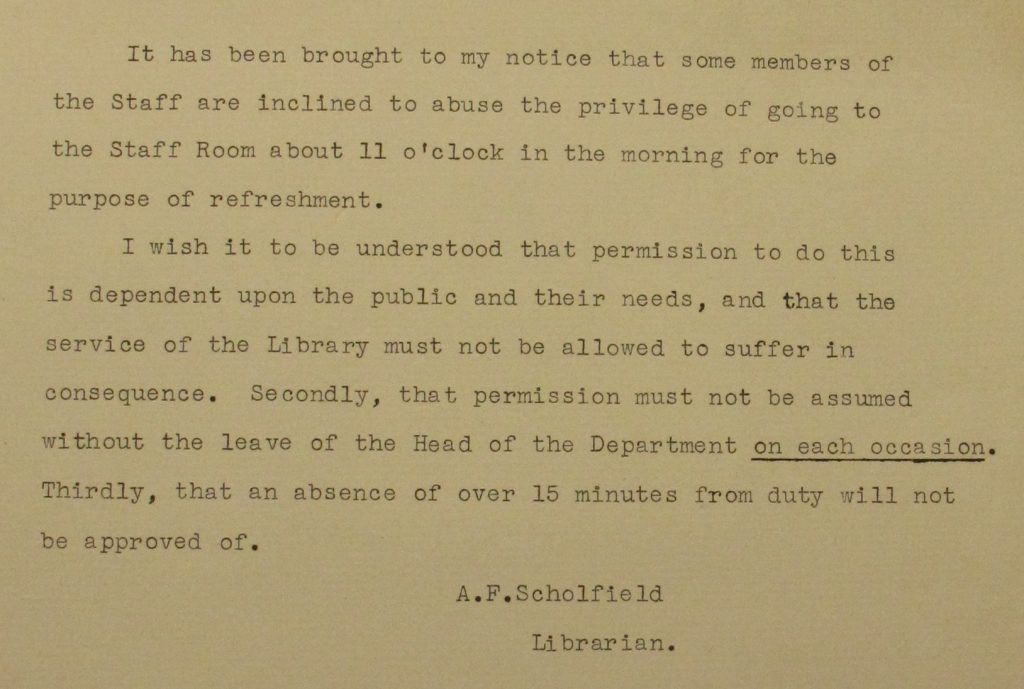 …on the re-parking of bicycles by Assistants (presumably to ensure a quick getaway at the end of the day!): 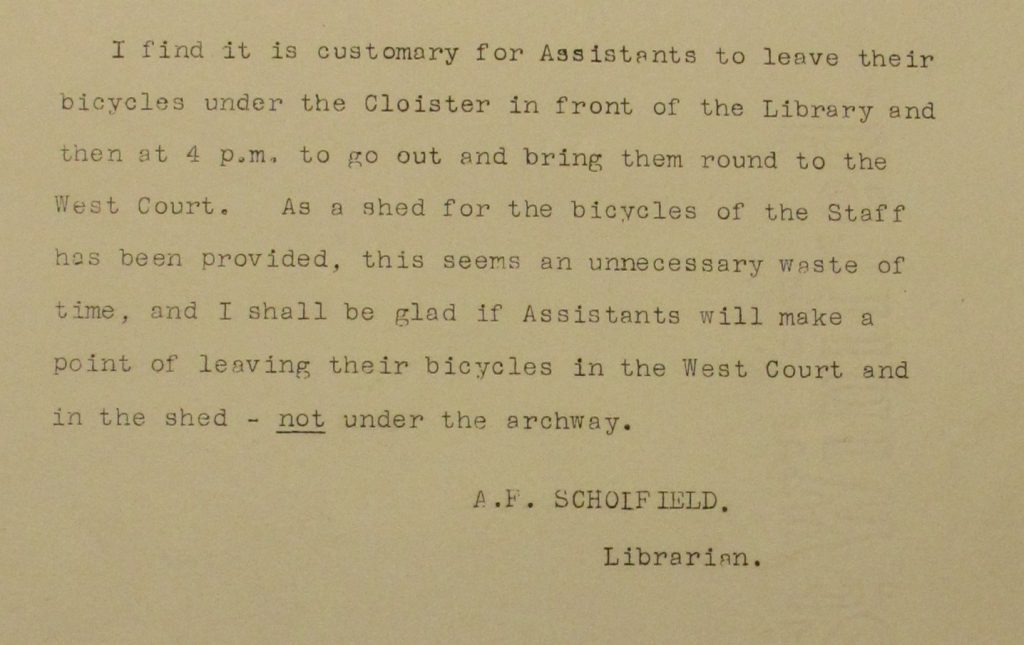 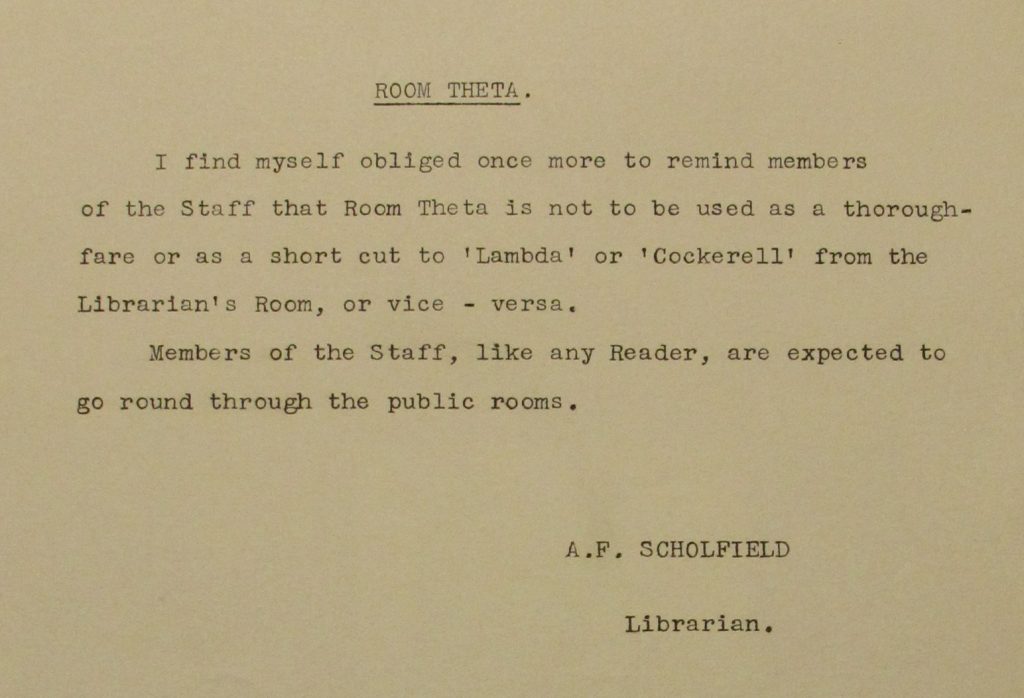 …on the importance of adequate regulation of the temperature in the Library’s rooms (in the days before air-con!): 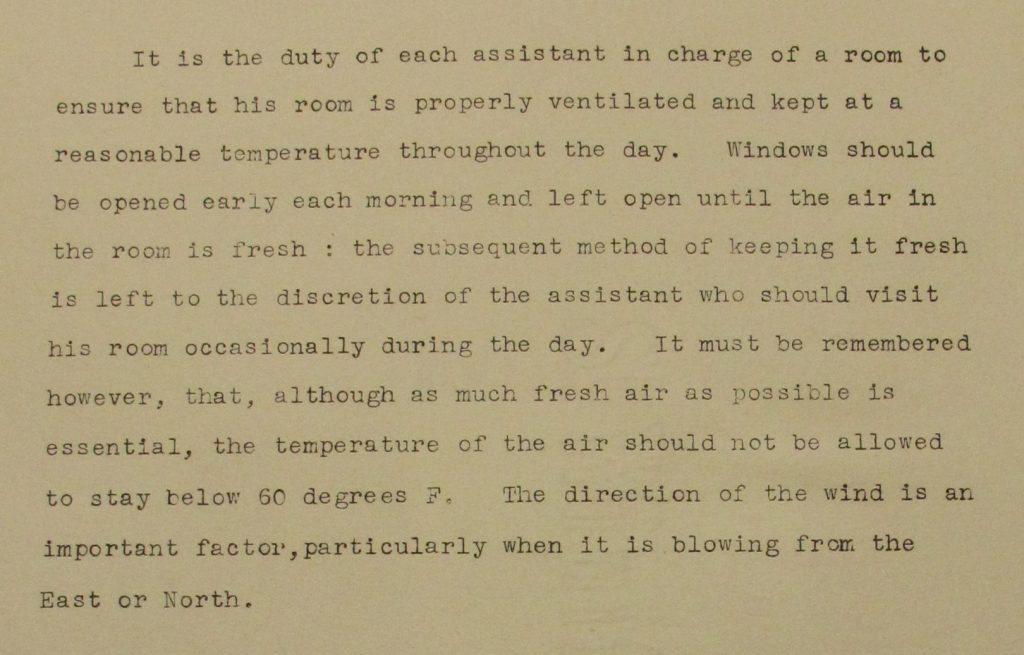 …on an excess of high spirits among those unruly Assistants: 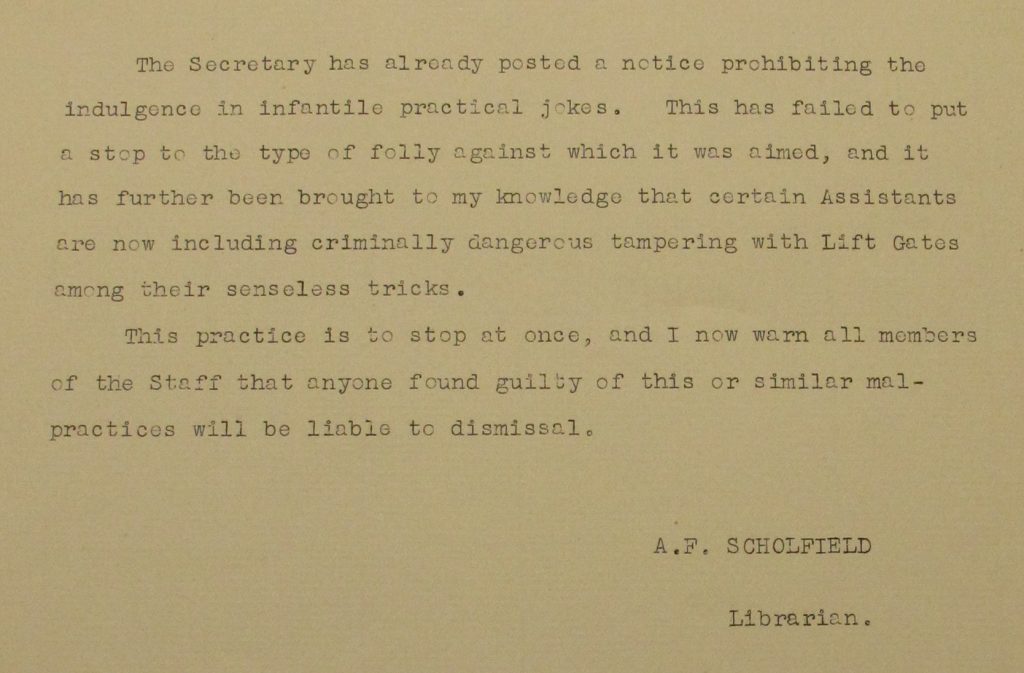 …and on the Great Wage Theft of ’35 and procedures introduced to prevent a recurrence: 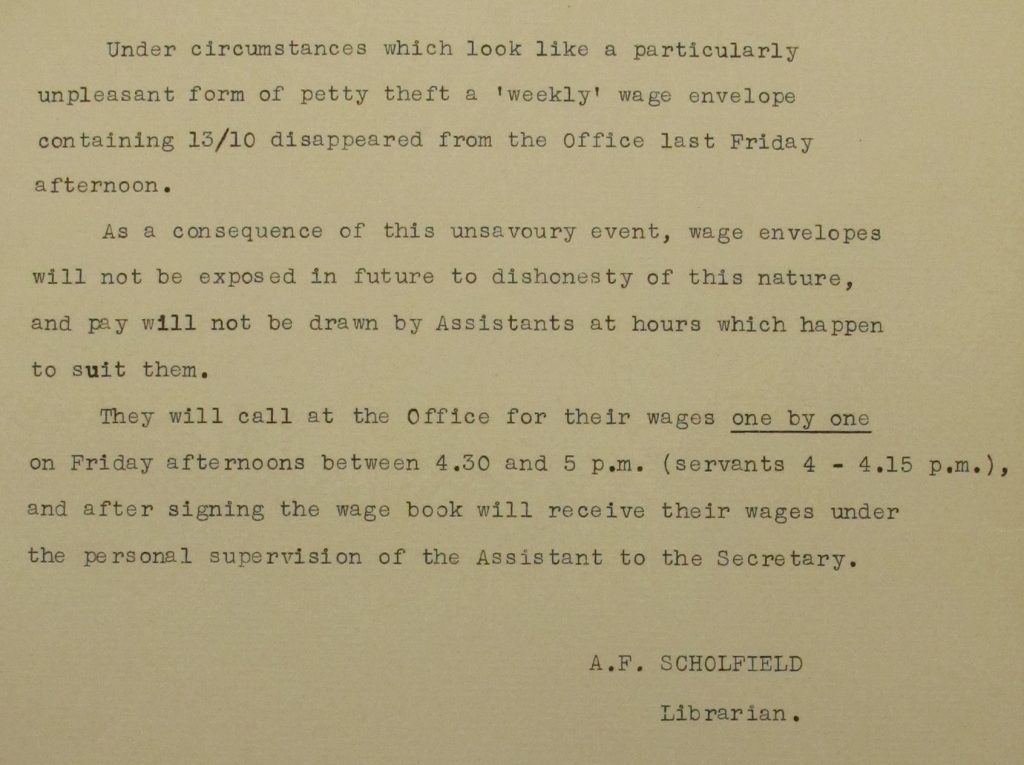