Next Wednesday (17th April) sees the return of Manuscripts by Candlelight at the University Library.  This event first took place as part of Twilight at the Museums back in March.  Now there is another opportunity to see at first hand a spectacular selection of medieval manuscripts and early printed books from the Library’s collections, all atmospherically lit by candlelight.  The event is free and open to all.  Timed tickets are available for 2.00-2.45pm / 2.45-3.30pm / 3.30-4.15pm: click here to make your booking. 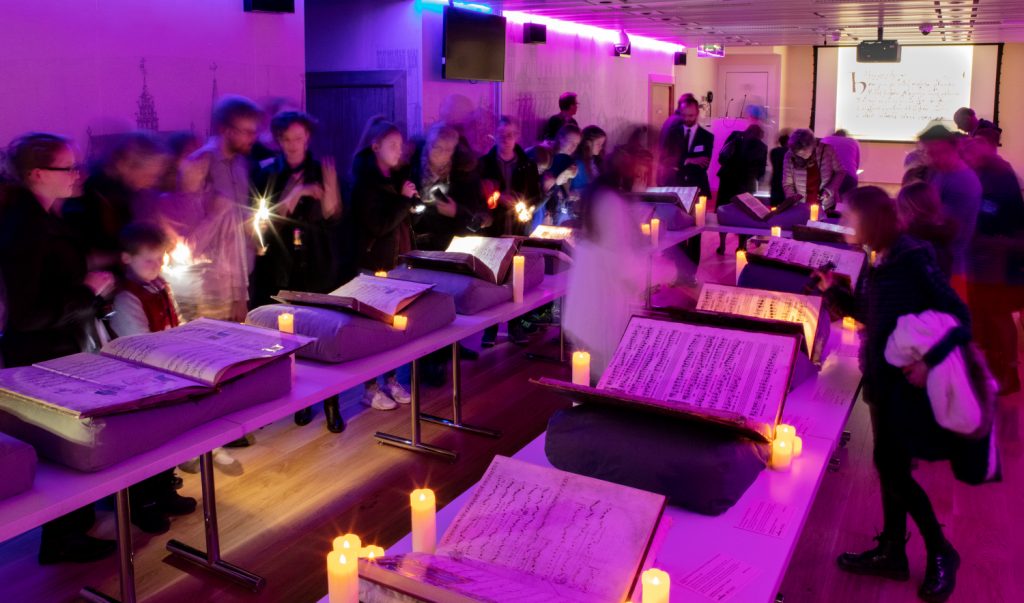 Most of the music that survives from the medieval period is liturgical: it was performed as part of religious services, in churches or in monasteries.  All of the service-books on display are very big, their words and musical notation are written in large scripts.  This was so that a group of priests, monks or nuns could gather round the book and be able to sing from it together. 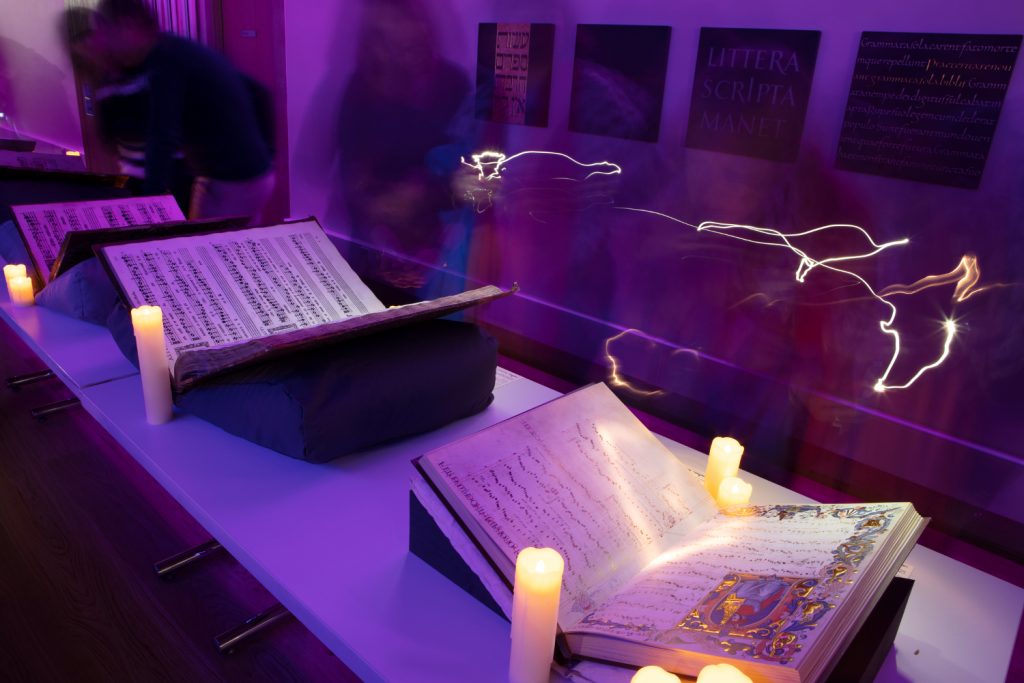 The importance of these books to the communities that made or owned them is demonstrated by the way they were decorated: at great expense, artists were paid to ornament the text with elaborate initials and borders, often using gold leaf, which causes the decoration to shimmer on the page. 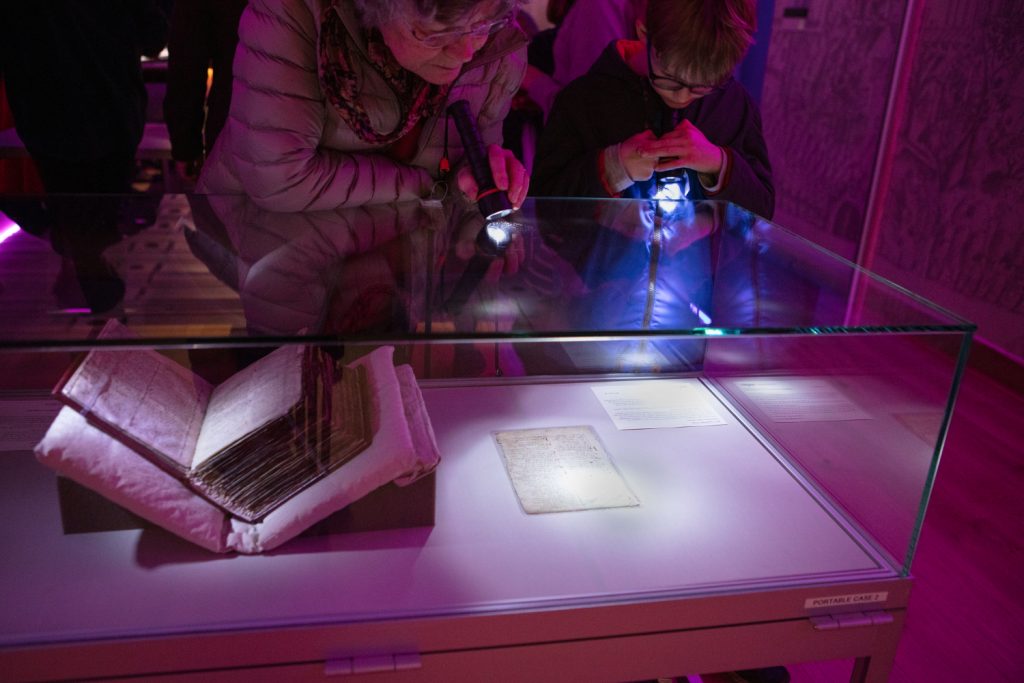 The oldest manuscript that will be on display dates from the 11th century.  It was owned by the monks of St Augustine’s Abbey in Canterbury but, surprisingly, preserves examples of secular songs.  Though these seem out of place in a religious context, in fact the verses and other literary contents of this volume were designed for teaching students Latin grammar and poetry, through a series of increasingly challenging texts.

(P.S. For those readers alarmed by the thought of the Library’s precious manuscripts and incunabula being exposed to direct flame and dripping candlewax, a note of reassurance: the candles used are battery powered!  The light they emit, however, is comparable to that of real candles, so you can still get a sense of what it was like to read these books before the invention of modern lighting.)