The Installation of Prince Albert at Cambridge

The Map Department contains many views, which offer great insight into the living experiences, events and environment of the time and place shown. While recently returning material used for another social media post (the 1838 Coronation celebrations in Cambridge for Queen Victoria) I noticed that a nearby item had been mislabelled. Extracting the item (Views.bb.53(2).84.3) to correct the error sparked interest in the event shown – the Installation of Prince Albert the Prince Consort as Chancellor of Cambridge University. 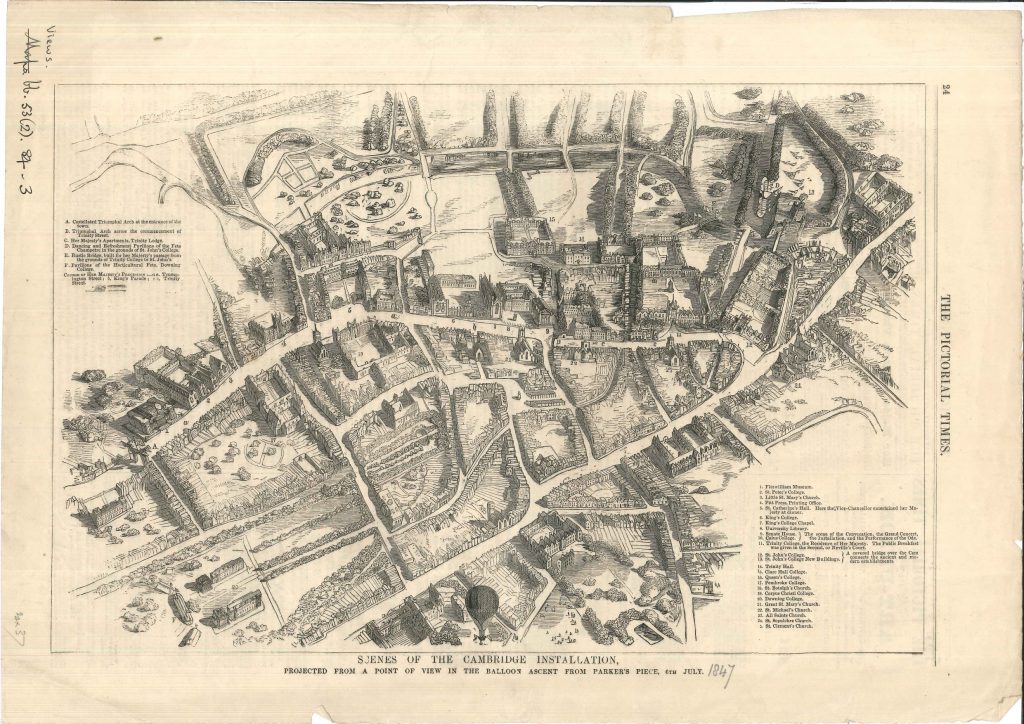 Queen Victoria and Prince Albert visited Cambridge from the 5th to 7th July 1847 during which a ceremony to celebrate the Prince’s Installation was held at Senate House. The view we discovered shows the “Scenes of the Cambridge Installation, projected from a point of view in the balloon ascent from Parker’s Piece” and shows the structures erected for the visit (for example, a castellated triumphal arch and a rustic bridge) and the course of Her Majesty’s procession on 6th July.

Following the death of Hugh Percy, the 3rd Duke of Northumberland, many had hoped that the Prince could enter into the position unopposed. However, a group from St John’s College approached the Earl of Powis, who ran against the Prince in a much-politicised election.

The election occurred at a critical point in the history of the University, which was almost entirely Anglican at the time and under severe pressure to reform. A large number of non-resident Members of the Senate from St John’s and Conservative supporters backed Powis, but the Prince, who had been reluctant to enter into a political contest, ultimately won a close-run election.

After his victory Prince Albert was formally made Chancellor of the University of Cambridge in a ceremony held at Buckingham Palace on the 25th March 1847. However, both he and the Queen would visit Cambridge to celebrate his Installation publicly. These celebrations included an address by the Prince, a concert, firework display, horticultural fete, banquet and public breakfast. 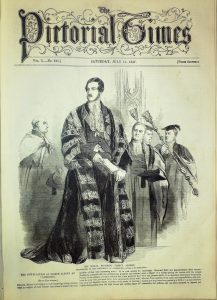 The Prince’s Installation was covered in some detail in the 10th July 1847 issue of The Pictorial Times. This issue (classmark L533.a.1.9) contains many images of the notable moments during the Installation and a pdf of the full article can be downloaded here. 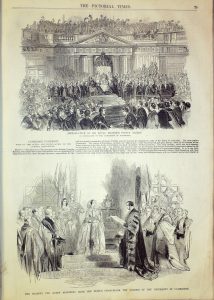 The drawing together of these items as the result of a former labelling error turned out to be a serendipitous excuse to delve into the Library’s collections. This process illustrates well the depth of the materials we hold.

More information on the Map Department’s collections can be found here.