‘This House believes …’: a new catalogue of the Cambridge Union Society archives

In 1866 the Cambridge Union Society condemned the British Raj, some 80 years before Indian independence. In 1929 it approved birth control. In 1933 it voted in preference of socialism over fascism; the invited speakers being Clement Attlee and Oswald Mosley. On the eve of war in 1939 it rejected the prospect of conscription. In 1965 James Baldwin and William F. Buckley clashed in a televised debate on the subject of race in America. In 1970 the Union questioned the wisdom of entering the European Economic Community without sufficient safeguards. In 2013 Rowan Williams and Richard Dawkins debated the place of religion in the 21st century. 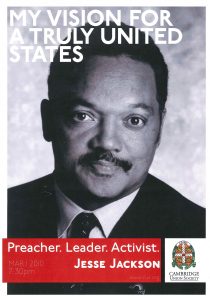 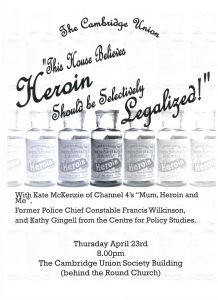 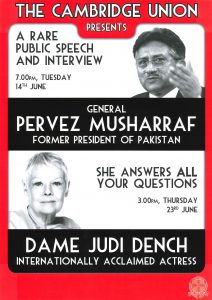 For over 200 years the Union Society, regularly cited as the oldest continually operating debating society in the world, has grappled with the topical issues of the day. Upholding free speech and courting controversy in equal measure, the Union has championed radical and reactionary causes. Guest speakers in the chamber have included Theodore Roosevelt, David Lloyd George, Stanley Baldwin, Oswald Moseley, Winston Churchill, Margaret Thatcher, Enoch Powell, Ronald Reagan, F.W. de Klerk, the Dalai Lama, Desmond Tutu and Julian Assange. It has become something of a recurring habit for the Union to debate a motion of no confidence in the government whatever its political persuasion, to oppose war and to decry the state of British education. 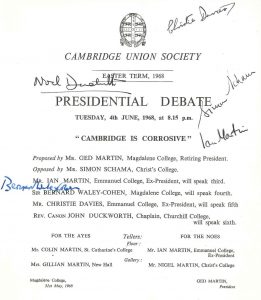 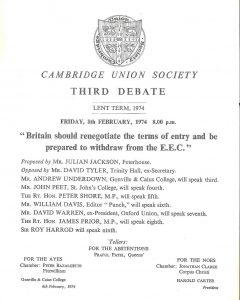 The archives of the Cambridge Union Society, on deposit at the University Library, have now been fully catalogued for the first time. In the process 25 metres of material has been sorted, cleaned, rehoused and listed. The resultant online catalogue, which forms part of the University Archives, is now available for researchers to consult via Janus. The Union Society archives comprise minute books, annual reports, laws and regulations, correspondence of the chief clerks, records of debates, posters, newspaper cuttings books, photographs of selected speakers and assorted publications. Its particular strength is in coverage of the period from the mid-19th century to the mid-20th century.

The annual reports (1815-1980), minute books (1823-1969) and records of debates books (1837-41, 1892-1973) are invaluable sources for tracing the history of debating at the Union. Beyond the records of debates, the archive reflects the other main functions of the Union as a clubhouse and social space, with a restaurant, bar, library and assorted meeting rooms. The archive includes some records of membership, papers relating to the use of the site during the Second World War and a substantial volume of correspondence covering all aspects of the Union’s day-to-day operations between 1892 and 1955. 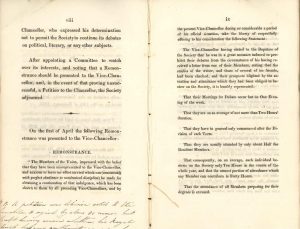 Extract from a pamphlet on the Union Society, 1817, following the suspension of the society for discussing political matters (UA USOC 9/1).

The Union Society archives (classmark: UA USOC) may be consulted in the Manuscripts Reading Room on the third floor of the University Library.