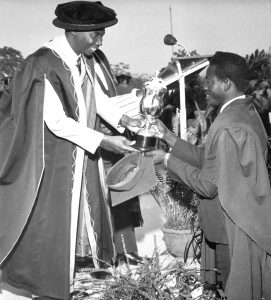 Several fascinating personal memoirs have been donated to the Royal Commonwealth Society Library recently and the latest to be catalogued online was written by the physicist and pioneering university administrator Sir Norman Alexander (1907-1997).  ‘Commonwealth Universities’ is the unpublished draft of a book in which Alexander summarises his own academic career, and provides a frank personal account of his experience in establishing new higher educational institutions in developing countries of the Commonwealth during the 1960s and 1970s (RCMS 401).

Alexander was born in Mangapiko, New Zealand, and graduated from Auckland University with first class honours in Physics in 1927.  He won a two-year scholarship to Cambridge University’s Cavendish Laboratory in 1930, studying with his distinguished compatriot Ernest Rutherford, and worked as Demonstrator in Physics at King’s College, London, while completing his doctorate.  Alexander includes some interesting anecdotes of his time in Cambridge, noting how Rutherford shut the lab at 6 PM, as ‘you must get out and do some thinking.’ He mentions the Foolosophical Society, a mock imitation of the famous Philosophical Society (subject of a current UL exhibition) which met at the end of the first term to present parodies of scientific papers, such as ‘The relation between hell and absolute zero.’  There was also a bicycle polo match against Newnham College. 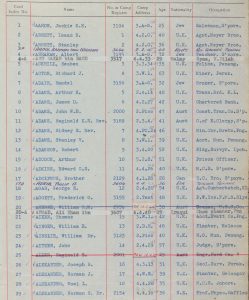 In 1936 Alexander was appointed Professor of Physics at Raffles College in Singapore, where one of his research projects involved assisting the Royal Navy in establishing a network of radio direction-finding stations.  Alexander was interned at Changi Gaol and Sime Road civilian internment camps following the fall of Singapore to Japan in 1942.  In Changi, he contributed to the construction of a salt evaporation plant and the production of medical supplies for the camp hospital.  The acquisition of Alexander’s memoir is particularly welcome because of his presence in the RCS’s civilian internment archives, where he co-authored a report on the notorious Double Tenth incident of 10 October 1943. 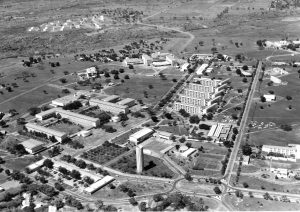 Alexander returned to Raffles College after the end of the Second World War, then in 1952, became Professor of Physics at Nigeria’s University College, Ibadan, an internal college of London University (later Ibadan University after Nigeria’s independence in 1960).  Alexander and the department conducted significant magnetic and ionospheric geophysical research.  In 1959, he was appointed first Vice-Chancellor of Ahmadu Bello University, Northern Nigeria.  Creating this new university was a mammoth undertaking with capital duties not shared by his British counterparts: 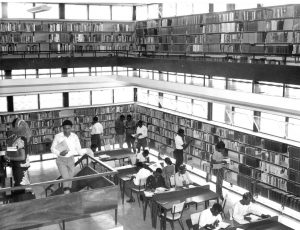 ‘None of the great planners realised that a VC of a university in an undeveloped or developing country had in fact also to be the Mayor of a small town. The University had to provide on campus housing for the entire staff – a community of some four hundred houses; which meant provision for sewage services – so our own sewage plant; our own rubbish collection and disposal.  Because of the unreliably of the national water and electricity supplies we had our own stand-by plants; a bore-hole in an adjacent stream-bed, with pumping and water-treatment plant for emergency supplies; our own stand-by electricity generators for emergency; our own motor transport section, with our own system of vehicle maintenance; our own building and grounds maintenance.  On another front, a resident Medical Officer and two nurses; a primary school and teachers for the children of staff; a mosque and a Christian chapel – none of these the responsibility of a British University.’ 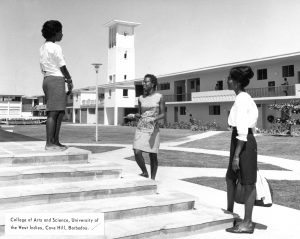 Alexander left Ahmadu Bello in 1966 and from this time, offered advice and support for the establishment of other universities within the Commonwealth, including the University of the West lindies in 1966 and the University of the South Pacific in Fiji (1966-68). In 1970, as an Advisor to the Ministry of Overseas Development, Alexander authored a report on the development of a federal university for Botswana, Lesotho and Swaziland, combining higher education with vocational and teacher training.  He was also part of missions to universities in Mauritius, Zambia, Ghana, India and Sri Lanka.  In 1971, Alexander joined the Governing Body of the School of Oriental and African Studies, from which he retired in 1973.

Alexander’s memoir neatly complements the photograph collection of the Inter-University Council, Y3011WW, which is already held by the RCS.  Originally formed in the aftermath of the Second World War, the council promoted the development of universities in independent countries of the Commonwealth and beyond, before its amalgamation with the British Council in 1981.  The Inter-University Council’s collection of glass plates has been digitised and may be viewed on Cambridge Digital Library (Y3011KKK).