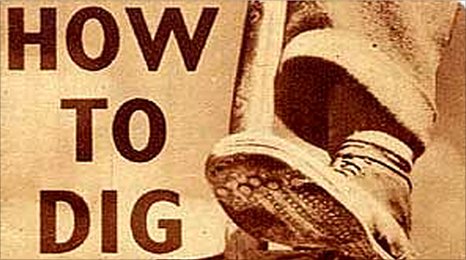 Grounds for enthusiasm: the University Library outside

The Tea Room is intrinsic to the UL’s popularity. Designed into the new library from the off, it was in the charge of a Miss B.J. Page on opening in 1934. Paid £1 a week as Tea Room Supervisor, she undertook the purchasing, cooking and accounts. An assistant waited table, cleaned and did the washing up. Miss Page’s preference had been for ‘a man’ in this position, but at a pinch did not object to hiring ‘a girl’ who would, it was recognised, be cheaper. The menu was limited to tea, coffee, soft drinks, sandwiches, cakes, chocolate, eggs, toast and (odd-sounding to modern tastes perhaps) cold tongue1. It must have been a winning formula: in June the following year Miss Page was voted an honorarium of 52 guineas in recognition of her sterling service2.

The War resulted in staff shortages and restrictions on lighting, necessitating a reduction in Library opening hours. Early on, it was found impossible to maintain the Tea Room’s lunchtime service. Customers dwindled to staff consuming coffee and biscuits midmorning; unsurprisingly, the venture ran at a loss3.

For nourishment, the staff at least could look beyond the library walls. The government’s 1941 ‘Dig for Victory’ campaign, which encouraged people to grow their own food at a time of rationing, saw domestic gardens across the country given over to fruit and vegetable growing. Public parks and other large open spaces were also transformed. The UL grounds were no different; the lawns to the west of the Library (now occupied by the staff carpark) being turned into allotments for staff. Such was their popularity in the face of continued rationing in peacetime, they continued in use until 19504.

As early as 1938, library administrators were thinking about precautions against air-raids, gas attacks and building collapse in the event of war, and planning for emergency evacuation. By September 1939, they could report that ‘a trench capable of holding some 120 people has been dug on the lawn on the west side of the Library … equipped with seats, gas curtains, picks, shovels, hurricane lamps and matches. It has a splinter-proof headcover and the entrances are sandbagged’5. A memorandum of 6 September cautioned ‘In the event of a warning being sounded during Library hours there must not be an unseemly rush for the trenches by the staff’6.

The lived experience of hostilities revealed Cambridge not to be a target. Fire-watchers remained on duty throughout the War in case of accidental outbreak, but no use was ever made of the trench shelters. Indeed, by January 1943 the Library Secretary, H.C. Stanford, reported ‘they have caved in … the woodwork is in some places overgrown with a blanket of fungus and everywhere needs a coat of creosote; the entrances are crumbling and better ventilation is called for’. Even in pristine condition they would have proved too flimsy. Blitz bombing had demonstrated the greater protection afforded by the ground floor of a solidly constructed building, such as the iron framed UL itself. Stanford recommended they be filled in7.

Over the last 85 years, the UL’s seven-acre site has been laid to lawn, just like the precincts of a College, dug up and laid to lawn again. Lockdown last Spring saw wildflowers blur the precision of traditional gardening. Disruption to the norms of Library life has prompted enduring change this time: in November, staff planted bulbs around the trees at the front of the building in a start at re-wilding.