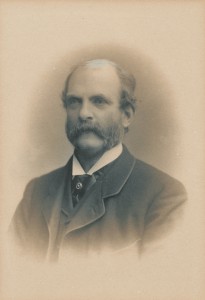 The Sandars Readership in Bibliography was instituted in 1895 with a bequest of £2000 left to the University by Mr Samuel Sandars of Trinity College (1837-1895), and continues today in the annual series of Sandars Lectures.

The 2011-2012 Sandars Reader in Bibliography is Michael Reeve, FBA, Emeritus Professor of Latin and Fellow at Pembroke College. His lectures will be presented in the week commencing 27 February under the title Printing the Latin Classics – some episodes.

Tuesday 28 February 2012: From Urbino to Vienna: a sixteenth-century pioneer.

The lectures are free to all and begin at 17.00 in the Morison Room, Cambridge University Library.