Not Orville and Wilbur 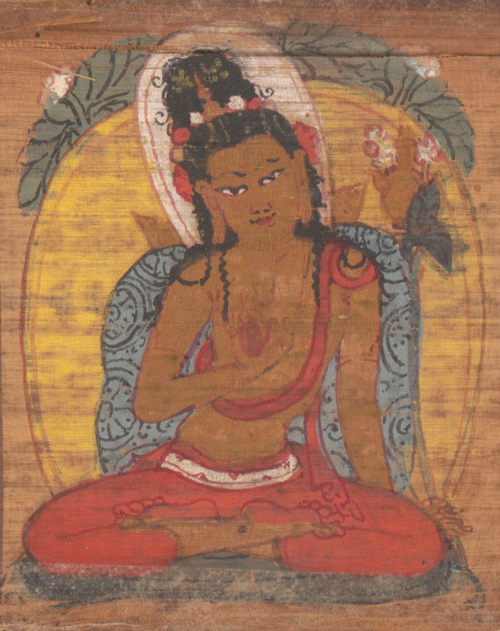 MS Add.1688, f. 19v (detail). Representation of the goddess Mayūrī from an 11th-century manuscript of the Pañcarakṣā, bought by Daniel Wright in 1873-6. The manuscript has been catalogued and digitised for the Sanskrit Manuscripts Project and is available at http://cudl.lib.cam.ac.uk/view/MS-ADD-01688/

The Library’s South Asian collections grew in the 1870s when one brother Daniel Wright, surgeon to the British Residency at Kathmandu, Nepal from 1866 to 1876, collected a large number of Sanskrit manuscripts on the suggestion of his brother in Cambridge, William Wright, Sir Thomas Adams’s Professor of Arabic from 1870. Their father had worked for the East India Company and William was born in Nepal. William Wright donated many Islamic manuscripts to the Library and arranged the purchase of a significant Syriac collection.

The first Sanskrit manuscripts were commissioned copies, transcripts of early manuscripts. It was only as the project progressed that it became clear that buying manuscripts of an early date that would be taken out of use when modern copies were made was the way forward. Many purchases were made through Pandit Gunanand of the Residency, with whom Daniel Wright wrote a history of Nepal (Cambridge, 1877).

South Asian manuscripts in the Library comprise more than one thousand documents in Sanskrit and other South Asian languages, written in various scripts on different materials, such as birch-bark, palm-leaf and paper. Many have wooden covers, some lavishly illustrated. On some there are traces of offerings made in religious ceremonies: rice, sandalwood dust and red and yellow powders. The Buddhist manuscripts were catalogued by Cecil Bendall in the late 19th century (Cambridge, 1883). What Daniel Wright collected is much wider than the Buddhist core of the collection and includes works of great rarity in different genres and on a host of subjects. Among them are some of the oldest extant manuscripts from South Asia, dating from the last centuries of the first millennium CE, collected in Nepal, the only region of the Indian subcontinent where the climate allows their survival for more than a few centuries.

This collection is now being worked on by the Sanskrit Manuscripts Project which began in November 2011, funded by an Arts and Humanities Research Council grant. The manuscripts will be catalogued and many will be digitised. Results will be collected in a multimedia archive and the records will be searchable online through the Library’s online digital library: http://cudl.lib.cam.ac.uk/. The first fifteen entries have recently been made available.

This in turn is sparking a collaborative effort with Sanskritists in the UK and abroad. Research findings will be presented through academic journals and other publications, as well as in international workshops focusing on some of the religious and intellectual traditions that have played a key role in South Asian civilisation.

For more information, see the Sanskrit Manuscripts Project webpage, which has details of current work and associated events. 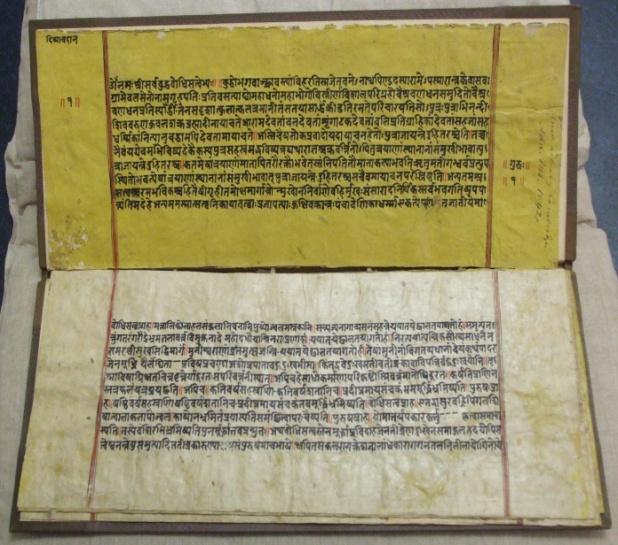 MS Add.1042, four loose paper folios, written in 1873 as specimens of transcription. These specimens were sent from Nepal by Daniel Wright in 1873, when it was proposed to obtain at first copies rather than originals of various Sanskrit manuscripts existing in Nepal, for the University Library. Two leaves of the Divyāvadāna (ff. 1v-2r) are shown here, containing part of the Maitrakanyakāvadāna. The Divyāvadāna is an anthology of Buddhist stories with the historical Buddha explaining how actions in a previous life have their effects. The Maitrakanyakāvadāna is the 38th and last story, about a boy given a girl’s name who treats his mother badly and suffers the consequences.