The Royal Commonwealth Society Library and the Blitz 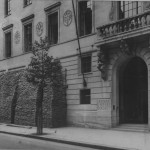 We are delighted to announce the publication of a detailed on-line catalogue for the archives of the Royal Commonwealth Society. This collection is composed of the institutional records of the society. Major sections relate to its organisation and administration, charters and rules, membership, the construction and renovation of its headquarters in London, and the extension of branches within the United Kingdom and throughout the British Empire and Commonwealth. The archives document the society’s many cultural, educational and philanthropic initiatives, often undertaken as collaborative projects with other societies interested in Imperial and Commonwealth affairs.

One of the most fascinating sections of the archives relates to the then Royal Empire Society’s activities during the Second World War. Indeed, it was only by a miracle that its archives and library survived total destruction during the Blitz of 1941. On the night of 16 April the society’s Northumberland Avenue headquarters was struck by a two-ton high explosive bomb. 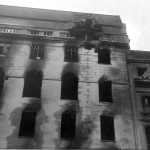 That night had witnessed a particularly devastating air raid on central London, which also damaged St. Paul’s Cathedral, Guy’s Hospital, Chelsea Hospital and Christie’s. Casualties were light considering that there were 74 people in the RES building at the time. One member was killed and another injured, and two members of staff, a receptionist and waiter, were also badly hurt. Fire ignited by the blast consumed the Council Room, the Dining Room, the Ladies’ Drawing Room and other parts of the building.  Unfortunately, however, the flames and the huge quantities of water pumped in to douse them, devastated large sections of the Library. Some of the most unique collections, which had been judiciously acquired over a period of more than 70 years, were lost, including the Library of Overseas Law, the contents of the Newspaper Room, and sections covering the general British Empire, foreign colonies, the First World War, Malta and Gibraltar. The works on French, Dutch, German, Belgian and Italian colonies, mainly in foreign languages and published overseas, represented the only collection of its kind in the United Kingdom. Many early and rare accounts of exploration, voyages and travel were also destroyed. Total losses were estimated at approximately 35,000 books and 5,000 pamphlets out of a collection of 260,000. 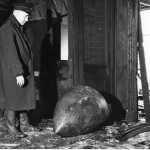 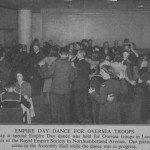 The RES recovered quickly from the blow, adopting the courageous ‘Business as Usual’ motto shared by other sufferers during the Blitz. The next issue of its journal ‘United Empire’, May-June 1941, reported the resumption of many activities, including its Saturday afternoon dances for members of the Overseas Armed Forces. A determined attempt was made to replace the Library’s holdings through appeals in the press. Collections centres were established in the Dominions, and other institutions and individual members of the public generously offered replacement copies. The War Damage Commission awarded almost £22,000 for the reconstruction of the Library collections. Sadly though, many items proved to be irreplaceable. The full restoration of the headquarters building was completed in 1957. It was officially re-opened by Queen Elizabeth II and the Duke of Edinburgh, and a grand Festival was organised to celebrate the event. A contributor to the ‘Sunday Times’ on 14 Apr. noted that the nose of the bomb was displayed in a prominent position, reflecting ‘the true spirit of British sportsmanship.’ 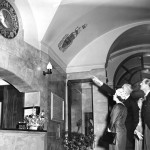 The Library staff struggled with the cleaning, conservation, re-binding and re-arrangement of the smoke and water damaged books. It was never possible, however, to manually update the card catalogue to reflect the wartime losses. This original catalogue is now located in the Munby Rare Books Reading Room, and represents the only means of access to large parts of the RCS collection, for which on-line catalogue records have not yet been created. Please beware when searching that you may find a card for a periodical, book or pamphlet which no longer exists, destroyed by the Luftwaffe in April 1941!

The on-line catalogue may be viewed here: http://janus.lib.cam.ac.uk/db/node.xsp?id=EAD%2FGBR%2F0115%2FARCS