‘It is a person’s privilege to go to hell’: how Ludwig Wittgenstein and Alice Ambrose fell out

Posted on 5 August 2013 by Emily Dezurick-Badran 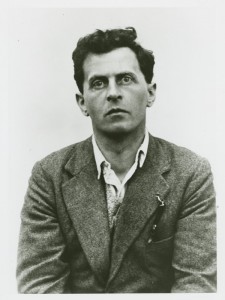 It’s known that the philosopher Ludwig Wittgenstein fell out with one of his most beloved students, the American logician Alice Ambrose. The source of the strife between them has always been attributed to Ambrose having published a paper about Wittgenstein’s thought that Wittgenstein did not want published. The truth, however, is murkier than that. Ambrose wrote that, ‘The relationship with him was an easy one; nevertheless it was not a relaxation to be with him.’1 But they didn’t simply fall out over the publication of Ambrose’s paper. As their letters reveal, the dissolution of their friendship occurred more gradually, and more painfully.

Ambrose studied with Wittgenstein during the time when he was dictating the Blue and Brown Books, crucial texts for understanding the evolution of his philosophical thought between his first book, Tractatus Logico-Philosophicus, and his later works. After the lectures that resulted in the Blue Book had finished, Wittgenstein spent four days every week dictating the Brown Book to Alice Ambrose and another of his students, Francis Skinner.2

In 1935, Ambrose published a paper to which Wittgenstein objected. In it, she presented Wittgenstein’s thought at the time as she understood it. ‘Wittgenstein considered the ideas presented in the paper unfinished … [and] considered it not to represent his views properly and not yet in shape acceptable for publication. He advised withdrawal of part II. There was a disagreement in this, although I did not question that Wittgenstein was in the best position to know whether his views had been properly represented. But I thought at the time that the paper was nevertheless publishable, as did Moore, who advised me to proceed with it. In the end, there was a break between Wittgenstein and me, and dictation of the Brown Book ceased’ (Ambrose, 23-24).

However, the break was not (yet) complete. After the publication of Ambrose’s paper in Mind, Wittgenstein continued to supervise her PhD, and their relationship, though frail, remained intact. But over the year that followed the paper’s publication, they came to loggerheads repeatedly. After Ambrose returned to the US, Wittgenstein sent letters in which he expressed disapproval of Ambrose’s attitude towards her new colleagues at the university. Ambrose thought some of the other philosophy professors lacked sufficient intellectual rigour, and she complained of her colleagues’ shortcomings. Wittgenstein was disturbed by Ambrose’s attitude which was, in his estimation, arrogant.

Wittgenstein wrote to Ambrose, reproving her for her comments, and accusing her of arrogance. In response, Wittgenstein received a furious letter from Ambrose, in which she ‘gave [him] cheek.’ About this Ambrose wrote, ‘I wasn’t offensive in my letter, but he may find the truth offensive. We all do.’ 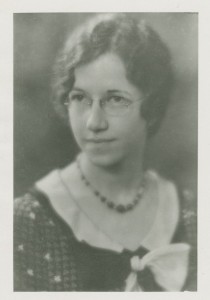 Portrait of Ambrose courtesy of the the Cambridge Wittgenstein Archive.

‘After her conversation with you on Thursday she wrote me a letter in which she gave me cheek. I didn’t answer it, only sent it back to her with the remark: “Don’t destroy this letter, it may interest you some day so reread it.” – I think you have no idea in what a serious situation she is. I don’t mean: serious, because of the difficultly to find a job; but serious, because she is now actually standing at a cross road. One road leading her to perpetual misjudging her intellectual powers and thereby to hurt pride and vanity etc. etc. The other would have lead [sic] her to a knowledge of her own capacities, and that always has good consequences. – You are the only person who now has any influence on her.’

There doesn’t appear to be a copy of Ambrose’s letter to Wittgenstein, but in a 1936 letter to Dorothy Moore, Ambrose recounted what she said that so finally ended her friendship with Wittgenstein:

‘I told him what I thought of his own conceit. I’m tired of his going about laying down the moral law. I told him outright that he wasn’t aware of how much of an egotist he was, that he doesn’t question his right to pass judgment about people, that he took it upon himself to guide the lives of others. And that, it seems to me, does presuppose that one thinks oneself better fitted to judge what is right for that person than the person does himself. I hardly know what’s right for myself, let alone others … I think it is a person’s privilege to go to hell even, if he wants to … I told him that he used his power over people to extract worship. I suspect he will be wild at me.’

Yet Ambrose continued to value Wittgenstein’s philosophical work. Concluding her letter, she offers to send GE Moore a hand-typed copy of the Brown Book, ‘if Wittgenstein will let me.’ Moreover, she continued to care for Wittgenstein, writing, ‘There is a very great deal in him to love. Were this not the case I should not have been so upset since the receipt of his and of my friend’s letters as to stop work and lose the ground I’d gained in mastery of my own thoughts. I should be better off if I could forget his fine qualities, and be primitive enough to dislike him completely, or strong enough to ignore him.’

Wittgenstein died in 1951, without ever reconciling with Ambrose. One can feel Ambrose’s wistfulness in the 1970s, as she looks back at the initial incident of the paper published against Wittgenstein’s wishes. ‘Both Moore and I may have been wrong on this, but at the time I did not think so’ (Ambrose, 24). And who hasn’t written words in anger that they later regret? Wittgenstein’s other letters to Moore reveal how many times Wittgenstein himself regretted the things he had said in anger.

Alice Ambrose Lazerowitz died in 2001. She contributed to the fields of philosophy and logic through teaching and writing. Her letters to GE and Dorothy Moore may be viewed at MS Add.8330 8 L/8 (the first two letters regard Wittgenstein). Wittgenstein’s letters to Moore about Ambrose may be found at MS Add.8330 8 W/32 (letters about Ambrose are 28-30).

Thanks to the Cambridge Wittgenstein Archive for providing the above photos of Wittgenstein and Ambrose, and especially to Michael Nedo for lending his expertise and providing corrections on this post.

2Two points about Francis Skinner: There’s some speculation about whether Skinner was Wittgenstein’s lover, but Michael Nedo from the Cambridge Wittgenstein Archive has told me there’s no proof to support this theory. However, it is known that Skinner was intensely devoted to Wittgenstein, and severed ties with Ambrose when she and Wittgenstein stopped speaking (in one of her letters Ambrose mentions losing a friend to Wittgenstein). Go back.