‘A sapper’s letters to his mother’ II

Hugh Pearson distinguished himself as Director of Surveys in Sudan between 1905 and 1922, mapping huge tracts of little known desert, forest, marsh and waterways.  Major projects included the construction of Port Sudan [Būr Sūdān], establishing the border with the Belgian Congo, surveying land between the Blue and White Nile Rivers, and the building of dams and canals along the Blue Nile.

Pearson displayed immense zeal and stamina, and his work was often carried out under the most gruelling conditions. In Kordofan [Kurdufān] he triangulated the position of more than 100 locations over an area of 20,000 square miles in less than three months.  When surveying one drought ridden region, he walked 52 miles in 29 hours in search of water. On another occasion, when halting for a little practice of golf, Pearson was frustrated to find that his golf balls had melted in the 122 degree F heat! Torrential rain, floods and voracious insects were other occupational hazards. Pearson demonstrated considerable ingenuity as a surveyor, illustrated by a successful experiment with early aerial photography (the attachment of a camera to a kite).  The Royal Geographical Society granted Pearson its Murchison Award in 1913 for his exploration of the Sudan. Pearson was also an expert hunter, surviving close encounters with a leopard and elephants which nearly trampled his two companions to death. 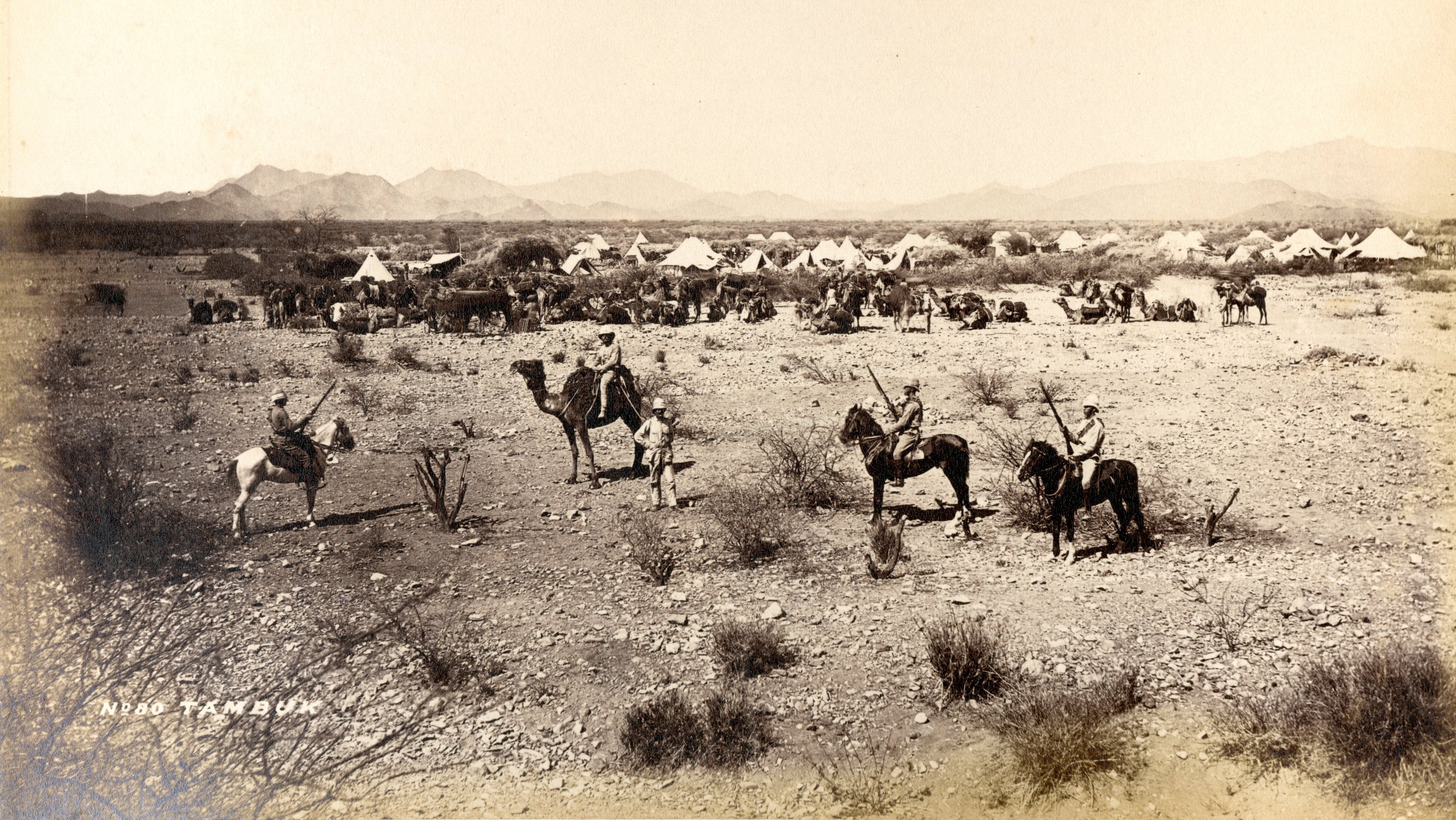 Sadly Pearson contracted blackwater fever and died while delimiting the boundary between Sudan and French Equatorial Africa in Dec.1922, just three years after his marriage, and one year before a well-earned retirement. This was in a remote region of western Darfur, inaccessible by road, rail or waterway. To complete the task, he had journeyed over 2,000 miles ‘by foot, camel or pony’ and pushing on through the unhealthy rainy season had probably contributed to his demise.  Although his letters offer a practical account of his work, Pearson also had a poetic soul, emphasized by his writing for the Royal Geographical Society’s journal:

‘Nothing in my experience, can compare with the beauty of an African desert night. In the North, a night that for sheer beauty will live long in my memory, was passed on a gravelly plateau, a few feet higher than the surrounding low bush covered plain. My baggage had already arrived, and at sunset I rode up to find the camp settled down. Around were a few camp fires. No hills were visible, the grazing camels were out of sight, the air was absolutely still; and not a sound could be heard in any direction. We seemed suspended on a platform in the centre of space. A number of fashioned clouds were poised a few degrees above the horizon to the west, affording a truly wonderful subject on which the sun already below the horizon, could exhibit its arts. And what a use it made of them! Almost imperceptibly and yet withal quickly, these clouds were tinged in succession with every colour of the rainbow, the exquisite background of blue sky forming a perfect setting for this wonderful revelation. The stars one by one began to appear, and as the darkness deepened and the day died, the extraordinary peace of the scene seemed to bring one near to the Maker of it all.’

The cataloguing of Pearson’s letters is now complete and an online description can be found at: