RCI_2_1_281 Sarah Langstaff, founder of the American based philanthropic society Daughters of the British Empire

We are happy to report that a catalogue of the photographic portrait collection of the Royal Colonial Institute has recently been published on Janus, Cambridge University’s on-line archival portal. The Institute first began to collect photographs of its fellows in 1881 and the practice continued until the late 1920s. The vast majority of the prints are cabinet sized and were taken by London’s leading professionals, including Walery Limited, Photographer to Queen Victoria. Approximately 3,250 fellows sat for portraits. The collection represents a sort of visual ‘Who’s Who’ of those active in imperial affairs during the late nineteenth and early twentieth centuries, and will be a great interest to a wide range of academic and private researchers.

The portraits provide an excellent source for a social history of the institute during its early years. Its officers and fellows included royal patrons, British and colonial politicians, explorers, settlers, colonial administrators, merchants, industrialists, soldiers, sailors, medics, missionaries, scientists, historians, and creative writers. Images of the institute’s first full women fellows begin to appear from 1922, reflecting the growing opportunities for women in public life following the granting of female Suffrage in 1918. 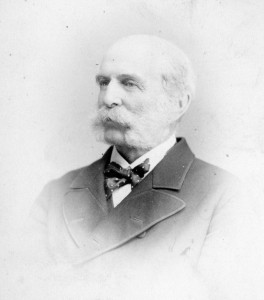 The portraits also reflect the growth of the society outside the United Kingdom, with increasing numbers of non-resident fellows based in Australia, Canada, New Zealand, southern Africa and other parts of the Empire.  They also document the contribution of non-European fellows from India, Ceylon [Sri Lanka], Africa and the Caribbean. Genealogists will find the collection an important resource for identifying images of their ancestors.  Historians of fashion will be able to trace developments which marked the transition from the late Victorian to the Edwardian eras.

To consult the portrait catalogue please follow the link: