Posted on 2 July 2014 by Special Collections 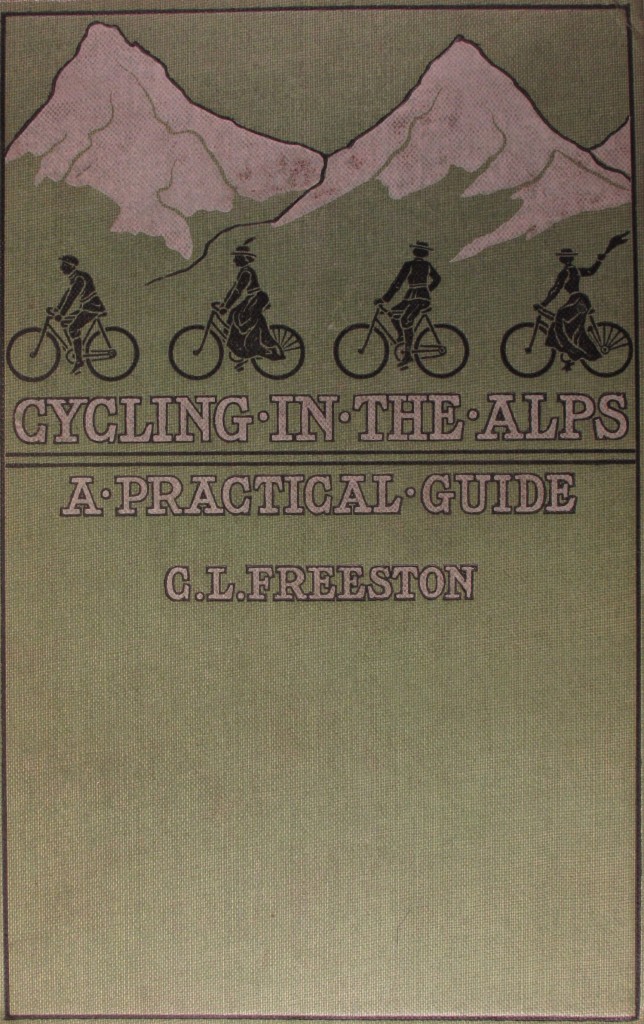 Charles Freeston: Cycling in the Alps: with some notes on the chief passes (London: 1900).
“Very nebulous ideas are prevalent with respect to Alpine cycling. The available literature on the subject is extremely scanty, for which reason is it scarcely to be wondered at if the pushing of a machine up along a long pass is regarded by many as a ludicrous performance…” (p. 1).
(Shelfmark: NE.7.51)